Henrique on the spot as Reds round-off Malaysian tour

A late penalty from new signing Henrique helped Adelaide United to a 2-1 win over Penang FA at Stadium Bandayara, as Guillermo Amor’s men recorded their second win of a successful tour of Malaysia.

The winger’s 82nd minute spot kick followed an earlier strike from Marc Marino, before Penang hit back with an equaliser on the stroke of half-time.

Amor made four changes to the side that beat Kuala Lumpur FA on Tuesday, with John Hall deputising for rested skipper Eugene Galekovic and Tarek Elrich – who wore the captain’s armband – replacing Mark Ochieng.

Penang – in the midst of a relegation battle in the Malaysian Super League – started the game well, but the A-League champions took control as the first half progressed and took a deserved lead through Marc Marino in the 34th minute. 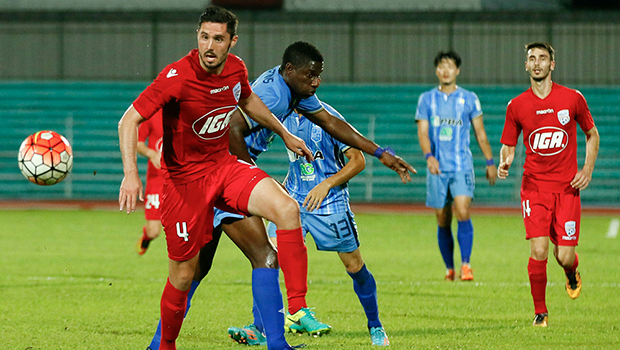 New signing Marino scored his second goal for the tour when he punished the Penang defence for some sloppy passing to calmly slide the ball past goalkeeper Anuar Kamsani from 15 metres.

United immediately created more good chances, without reward, before conceding an unexpected equaliser on the stroke of half-time.

The Reds defence failed to deal with a long ball from midfield, which allowed Faizat Ghazli to execute a delightful 20 metre chip over a stranded Hall, to the delight of the 2,500-strong crowd.

Penang kept coming after the break, and created occasional chances, but also struggled to keep their guests at bay, with Henrique causing the bulk of the problems

The Brazilian-born star impressed throughout, getting in behind the Penang defence with regularity and creating several chances before winning a penalty after being collected by Reinaldo Lobo in the 81st minute. 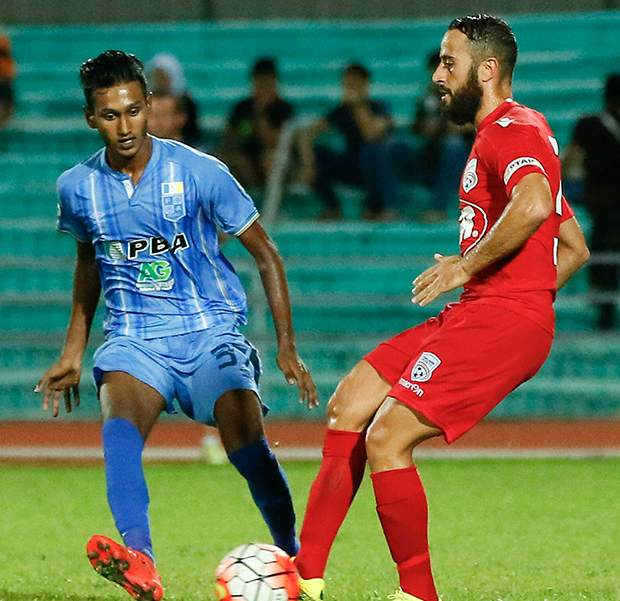 The 31-year-old rose to his feet to take the spot kick, and sent Kamsani the wrong way to easily find the net and secure a deserved, but hard-fought, 2-1 win for the visitors.

Henrique was the stand-out performer for the Reds, with Isaias, Dylan McGowan and Ben Garuccio all contributing well throughout the 90 minutes.

The Reds remain in Malaysia until Monday before heading home for the final month of Hyundai A-League preparations.

Reds coach Guillermo Amor
On the overall performance: “Am I satisfied with my team? Yes, fantastic. We always try to play… it was a good test, with different playing conditions from Australia and now we start the league in five weeks.”

On Henrique: “We are very happy with him and his job. He played on the left, then he was number nine. He is fast, with the ball he is fantastic and he is a good player for us, and can play in a number of positons.”

On Kitto: “He’s okay. He is sore but we hope tomorrow, with ice and rest he will be okay.”

On new signings: “We are working for this and in time it’s possible we will sign some players.”