Adelaide United midfielder Jesse Makarounas and Head Coach Guillermo Amor admit they are expecting a physical encounter, when the Reds host Melbourne Victory in Round 3 of the Hyundai A-League 2016/17 season at Coopers Stadium.

Heading into the clash known as the ‘Original Rivalry’, both sides will be desperate for the three points, with Adelaide and Melbourne yet to muster a win to start this campaign.

The Reds suffered a cruel 2-1 home defeat last weekend against Western Sydney Wanderers, while Kevin Muscat’s men were trounced 1-4 by Melbourne City in the Melbourne derby. 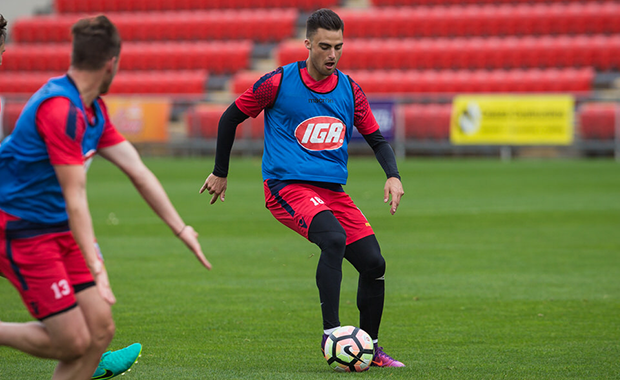 And Makarounas, who faces his former side for the first time since joining the Reds in the offseason, believes the match will be an arduous contest come kick-off time.

“I guess it’s exciting obviously we’re going to be playing them here at a packed Coopers Stadium,” Makarounas said. “They’re (Melbourne) coming off a bad result last week so I think they’re going to be pretty fired up like always.

“We’re looking forward to a really hard game and they’ve always got lots of travelling fans so it should add to the atmosphere.

“It is always physical coming up against Victory especially when Victory and Adelaide meet, it’s one of the oldest rivalries (in the Hyundai A-League).”

United has registered just one win in their previous nine encounters, however Melbourne have not tasted success in the city of churches since September 2009 – winless in eight successive games.

“Yes he’s (Holland) in the list, we will wait until tomorrow, but he can play tomorrow,” Amor said.

“Every game is different… I think in this moment it’s a danger game because they lose Saturday 1-4 against City and for us tomorrow it’s a difficult game.

“And (matches against the) Victory are always strong games. 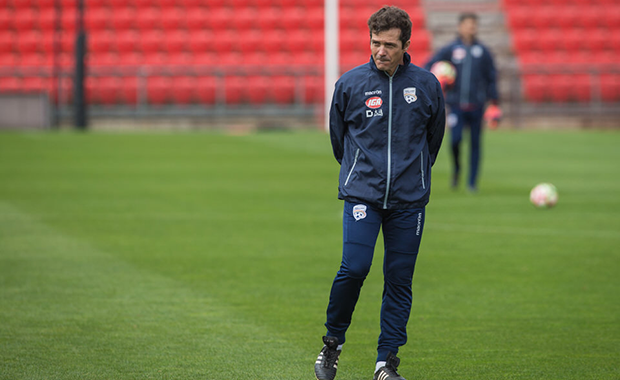 “I think we’re in a good moment, the team is focused on the game we are always prepared for the game.

“But we need to win this game and I think the team now is in a good moment and we can win, we play for this (result) always.

“We play naturally with respect for the other teams, but we must win tomorrow.”

Adelaide United host Melbourne Victory in Round 3 of the Hyundai A-League 2016/17 season on Saturday, 22 October at Coopers Stadium. Kick-off is at 7.20pm ACDT.