Adelaide United has released a bold and daring away kit for the 2020/21 season.

The predominantly yellow strip developed in collaboration with the Club’s Global Technical Partner, UCAN, draws inspiration from the previous times the Club has utilised yellow in its strips.

First used as a training top during the Reds’ maiden campaign in the 2003/04 National Soccer League, yellow was later used as the home shirt for the Club’s youth team in the 2015 National Premier League State League, as well as during the iconic friendly clash against Liverpool at Adelaide Oval.

The striking kit is designed with UCAN’s Utech Dry technology and incorporates thin, horizontal red stripes to add another dimension to the shirt.

Meanwhile, in keeping with the two-colour theme, the Adelaide United badge is printed solely in red and embossed on the shirt to maintain consistency and sharpness.

The collar features striped yellow and red trimming, which is also repeated on the sleeve cuffs to accentuate the fresh, distinctive look.

Located at the base of the neck is the piping shrike with the Club’s foundation year, 2003, marked below.

The Club’s “More than Football” mantra is also inscribed on the bottom-seam of the kit.

Mesh inserts are strategically placed under the arms and continue down both sides of the torso to provide breathability for rapid moisture release and optimal performance. 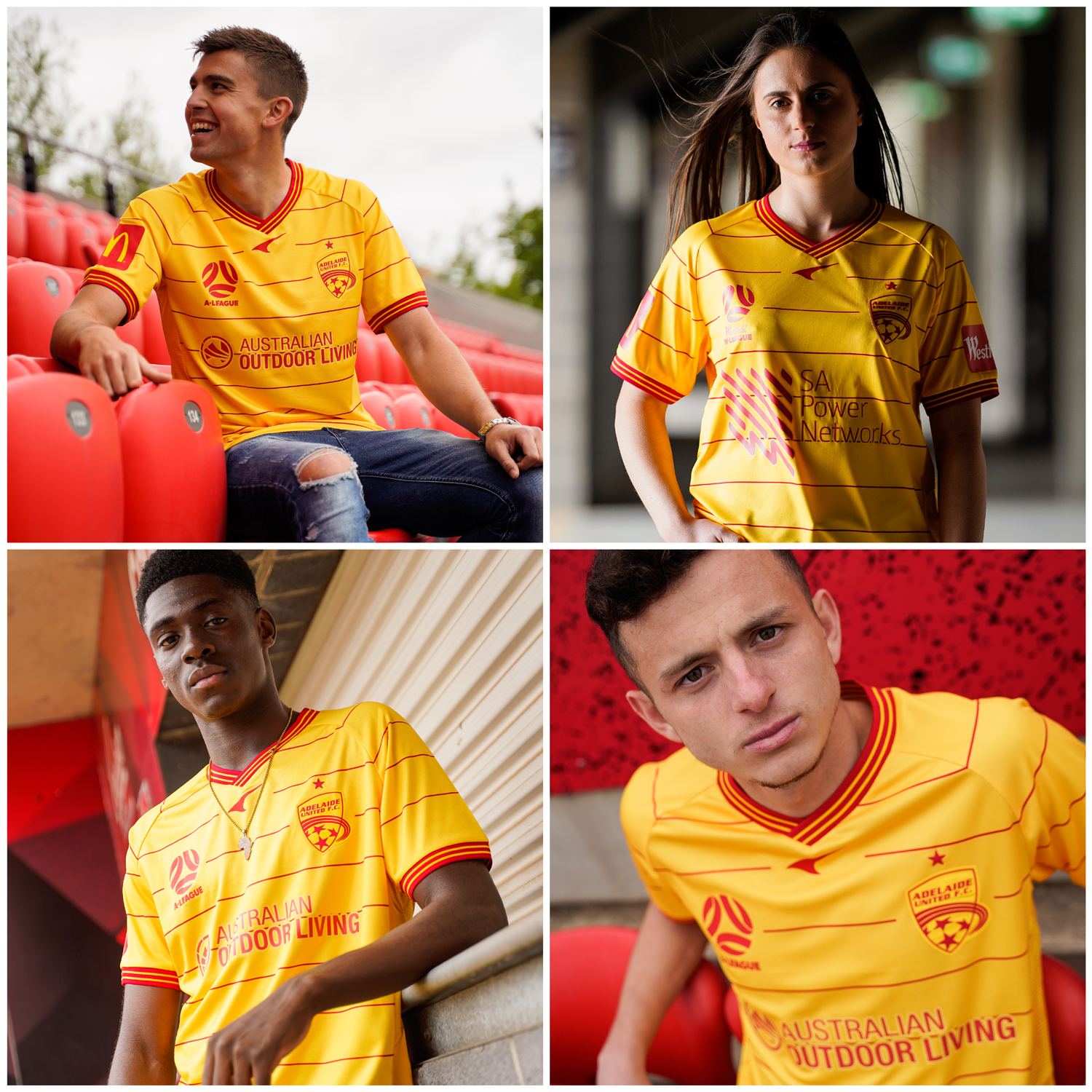 Speaking on the unique and bold design, the Club’s Global Commercial Director, Adam Thomson said: “As a Club we were looking at trying something quite different from what we’ve previously done for our away jerseys in the past.

“We wanted to move away from traditionally black and white designs and with UCAN coming on board it was an appropriate time to leverage the deal and provide something different and fully customised for our fans.

“UCAN were more than happy to oblige during the process and that’s a testament to the positive relationship we’ve established and fostered over the past year.”

UCAN’s Global General Manager, Ally Zhao, explained: “It was extremely enjoyable working and collaborating with the Club in developing a jersey that was bold and eye-catching.

“We truly believe the fans of Adelaide United will really appreciate the jersey and embrace its uniqueness.”

Adelaide United’s Head of Marketing and Communications, Marius Zanin, added: “This is a massive day in the Club’s history, as it’s the first time yellow will be the primary colour of our away jersey.

“Having the ability to customise the design and have greater involvement in the whole process was also another significant factor in why we partnered with UCAN.

“Our fans have been crying out for something different and we feel this kit highlights a bold, new direction for the Club and something we’ll continue to do into the future.”

Prominent outdoor home improvement company, Australian Outdoor Living, will appear on the front of the away A-League shirt after becoming an Official Platinum Partner of the Club.

Meanwhile, the SA Power Networks logo will be on the Westfield W-League away kit.

Platinum Partner, Starfish Developments, will continue to feature on the back of the A-League strip.

The iconic McDonald’s logo will also sit on the right sleeve.

View the gallery below. Click top right to expand.