Adelaide United and Ausgold Mining Group have partnered for the Reds’ 2017 AFC Champions League campaign, which will commence on Wednesday, 22 February 2017.

Ausgold will appear on the front of United’s 2017 AFC Champions League jersey for the entirety of this season’s competition.

“Ausgold is a company that has many interests in Australia and this is a fantastic way for us to expand our reach across the nation.

“Although the group stage opponents are quite strong, the games against these teams from China, Korea, and Japan will provide a perfect opportunity to showcase Adelaide United in Asia.”

Adelaide United Chief Executive Officer, Grant Mayer, said the joint venture with Ausgold will benefit both parties equally, and to have the support of Ms Zou and her company is immense.

“We are delighted to have secured this partnership with Ausgold for the upcoming AFC Champions League.

“Our team worked tremendously hard last season to get our football club back onto Asia’s biggest stage and we are very excited to be going on this journey with Ausgold.” 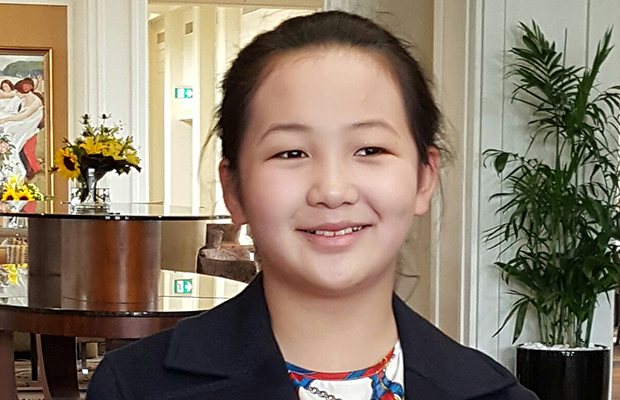 The Reds will be joined in their AFC Champions League campaign by Gloria (Guo) Zou (邹帼), a local 10-year-old St Peters’ Girls’ School student, football fan, and ambassador for fair play, friendship, and equality. Gloria will also assist in promoting football to youth and females in Australia.

The young ambassador has previously spent time in rural areas with indigenous children and attracted the attention and recognition of the Australian Federal Government. Because of Gloria’s contributions to the development of multiculturalism and local communities, she was awarded the 2016 Premier’s Multicultural Youth Award as a nomination by the NSW Government.

In recognition of Gloria’s significant contributions to friendship between China and Australia and the multi-cultural development in Australia, she was awarded Australian Parliament Certificate of Appreciation by Federal Council and honoured as Little Angel of China-Australia Friendship.

She has also had multiple interactions with Minister for Foreign Affairs, Julie Bishop, and other Federal Members of Parliament.

“We believe in the development of women’s and youth football and we are excited to see Gloria represent the Club, Ausgold, friendship, fair play and equality on the world stage,” said Ms Zou.

“Gloria loves football and it is our hope that together, we can encourage more women and kids to take up the game all over Australia and Asia.”

*Information on how to purchase your AFC Champions League jersey is coming soon.