Football Federation Australia (FFA) and NAB, together with Adelaide United, are proud to announce Alex Chidiac as the January nominee for the Westfield W-League, NAB Young Footballer of the Year 2016/17 Award.

The 18 year old played an integral role in Adelaide United’s late season resurgence, which saw the Reds undefeated throughout January as Chidiac notched up one goal and four assists.

Click here for the NAB Young Footballer of the Year HUB

Chiciac said she was delighted to be nominated for the award.

“It’s a great feeling to be nominated after having a tough start to the season both personally and with the team as well,” said Chidiac.

“To finish off the season in such a good way makes me really happy and I’m very proud of this.” 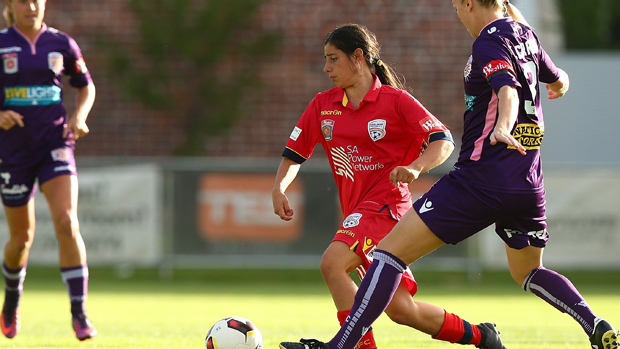 The Westfield W-League NAB Young Footballer of the Year 2016/17 will be announced at the Dolan Warren Awards Night.

National Australia Bank’s General Manager Wealth, Personal Banking, Ann-Marie Chamberlain said she is delighted to see the NAB Young Footballer of the Year Award continue to unearth the stars of tomorrow. “We congratulate Alex on her nomination and look forward to watching her development and growth on the football field in the years to come,” said Chamberlain.

“We are also pleased to recognise Alex’s nominated junior club Croydon Kings, and hope that our support will help the club to continue developing the game at a local grassroots level.” 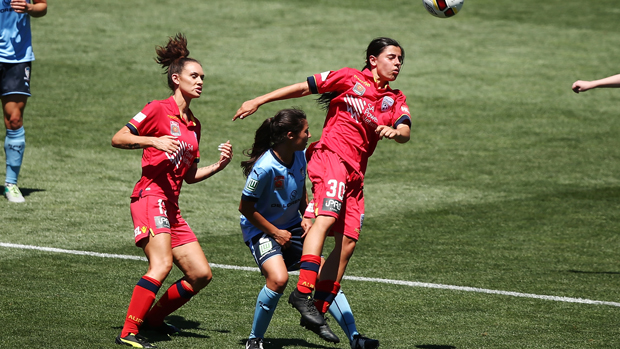 NAB has generously donated a $2,000 NAB Club Recognition Award to Chidiac’s nominated junior club, which includes a range of equipment along with a financial reward. The overall winner of the Westfield W-League, NAB Young Footballer of the Year 2016/17 Award will receive a $10,000 personal investment portfolio, along with a NAB Private Client Manager to assist with a range of banking and financial services.

“As a supporter of the NAB Young Footballer of the Year Award, we are proud to play an important role in identifying and rewarding the future stars of the game. Who knows, we may even see some of the nominees donning the boots for the Matildas in the future,” Chamberlain continued.

Each month representatives from the FFA Technical department vote on a 3-2-1 basis for the most outstanding U-23 players in the Westfield W-League during that period.