Clubs confirmed for Westfield FFA Cup Round of 32 draw

The 32 clubs who have qualified for the Westfield FFA Cup 2016 Final Rounds will learn their Cup fate when the Round of 32 draw is conducted this Thursday (30 June) at FOX SPORTS in Sydney.

South Australian club MetroStars, which includes former Adelaide United stars Travis Dodd, Fabian Babiero and Adam van Dommele, became the final side to qualify for the Round of 32 courtesy of a 1-0 win over Adelaide Comets on Saturday night, the result confirming the 22 Member Federation clubs that will go into Thursday’s draw along with the ten Hyundai A-League clubs.

The draw, to be hosted by FOX SPORTS football personality Michael Zappone and conducted by former Socceroos captain Paul Wade and Chief Operating Officer of Scentre Group Greg Miles, will be shown LIVE from 3pm on Fox Sports News (Channel 500) and streamed online at  www.foxsports.com.au  and  www.theffacup.com.au . 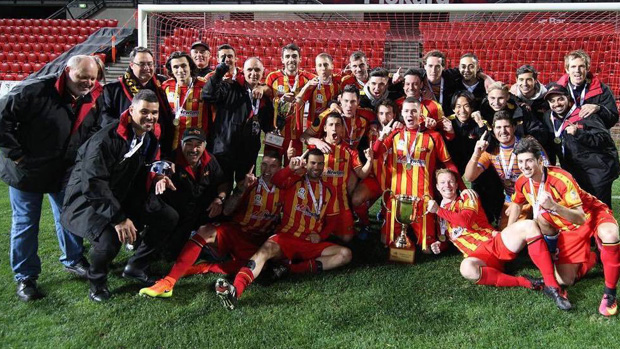 The 16 matches in the Round of 32 will be held over three weeks with four matches per night across four match nights beginning in the last week of July.

FOX SPORTS will show 11 matches LIVE (one match per match night) while providing coverage and updates as well as LIVE streaming of all non-broadcast matches. Details regarding the FOX SPORTS broadcast and streaming will be announced closer to the start of the Round of 32.

Broadcast:  The draw will be LIVE on Fox Sports News (Channel 500) and also streamed LIVE on  www.foxsports.com.au  and  www.theffacup.com.au

Qualified clubs and numbering for the draw

Pot B & A: Remaining balls drawn out one at a time (home from Pot B & then away from Pot A) for the four (4) Member Federation v Hyundai A-League matches.