Bruce Djite is confident Adelaide United can secure a finals appearance despite their remaining five matches coming against sides in the top five of the table.

A revised schedule for the remainder of the Hyundai A-League 2019/20 season was released on Wednesday, confirming the Reds will not be playing any of its two home matches at Coopers Stadium.

South Australia’s transition committee announced the decision to delay the reopening of the border with New South Wales on Tuesday, rendering it logistically impossible for United’s home clash with Sydney FC to take place in Adelaide.

Djite said while the Club is disappointed they will not be able to play in front of their fans, the players are focused on finishing the campaign strongly with interim Head Coach, Carl Veart, in charge.

“No games in Adelaide is disappointing but obviously completely out of our hands now that the border restrictions remain in place for New South Wales,” Director of Football Djite said.

“It’s going to be a tough end to the season, we’re playing the top five teams.

“But we’re confident, we’re there or thereabouts for finals and we’d expect to make finals.” 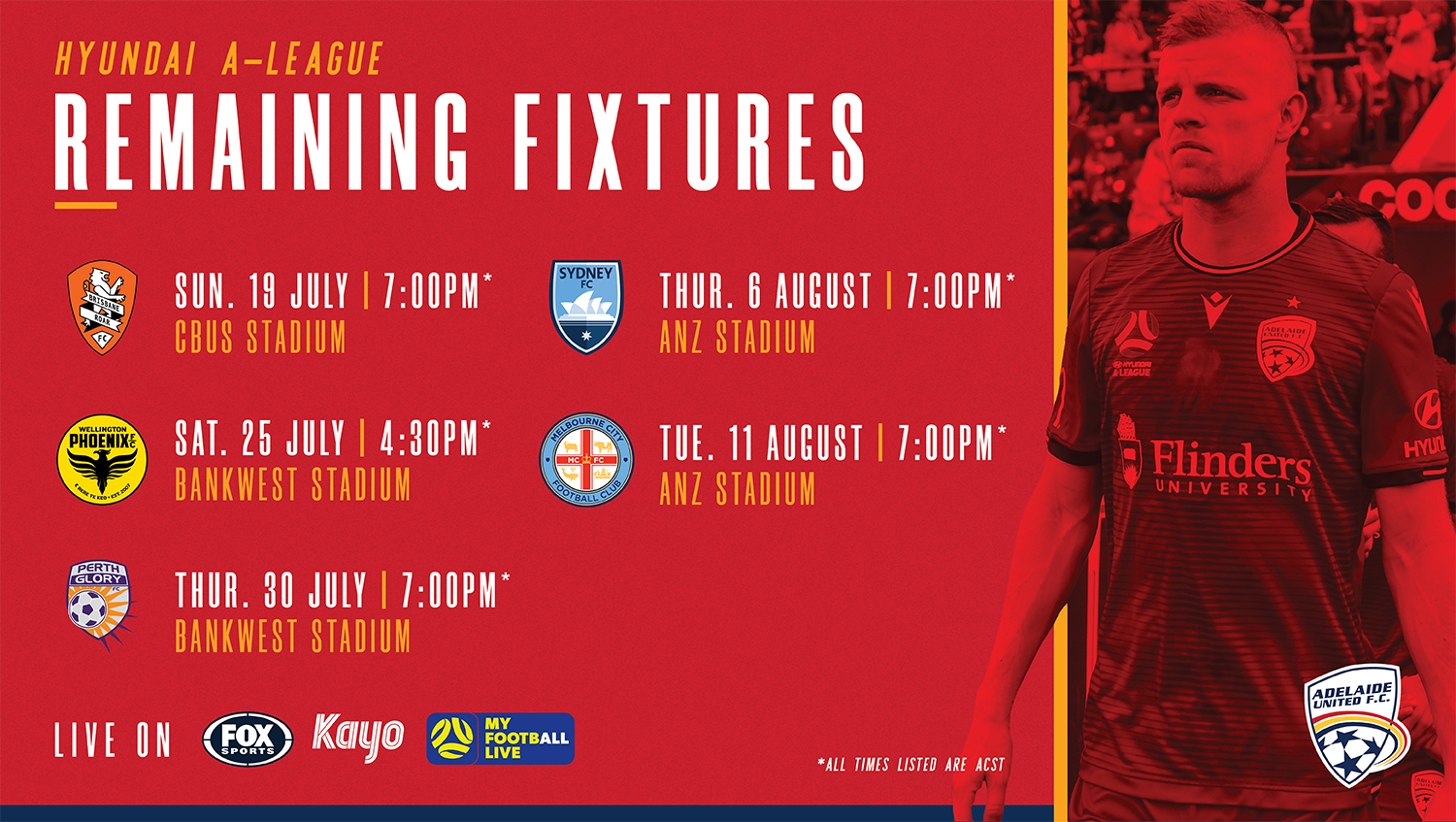 Compounding the Reds’ matters is that they have played one extra game and hold an inferior goal difference to Mark Rudan’s outfit.

Adelaide will leave for Brisbane on Saturday morning to tackle the Roar on the Gold Coast on Sunday night, before flying directly to Sydney and joining the hub for the next four weeks.

Djite revealed the Reds will only take a matchday squad up to Queensland before more players will link up with the team in Sydney.

“We’ll probably take 25 odd players that will end up Sydney,” he explained.

“We’ll just take the matchday squad for the Brisbane game and we’ll have a few boys fly from here directly into Sydney next week.”