Craig Goodwin is confident Adelaide United can build on its momentum after recording two wins in succession.

Adelaide had not won away from home this season or in its past six matches on the road, dating back to last year.

But that changed after the Reds responded with a gallant 3-2 win over Western Sydney Wanderers at Bankwest Stadium on Saturday.

Goodwin marked his first game back in Red with the fourth fastest goal in Club history, breaking the deadlock 65 seconds into the contest.

Stefan Mauk then doubled the advantage before half-time but Adelaide endured a substantial amount of Wanderers pressure to grind out a hard-fought three points.

“Obviously I guess it couldn’t have gone any better really, to get a goal inside a couple of minutes,” Goodwin told Fox Sports following the match.

“I think we made it hard for ourselves in the second-half with some lapses in concentration.

“But like I said before the game it’s about building on last week. We came off the back of three losses in a row and it’s building on that.

“This is the first win away, it’s really important for the team.” 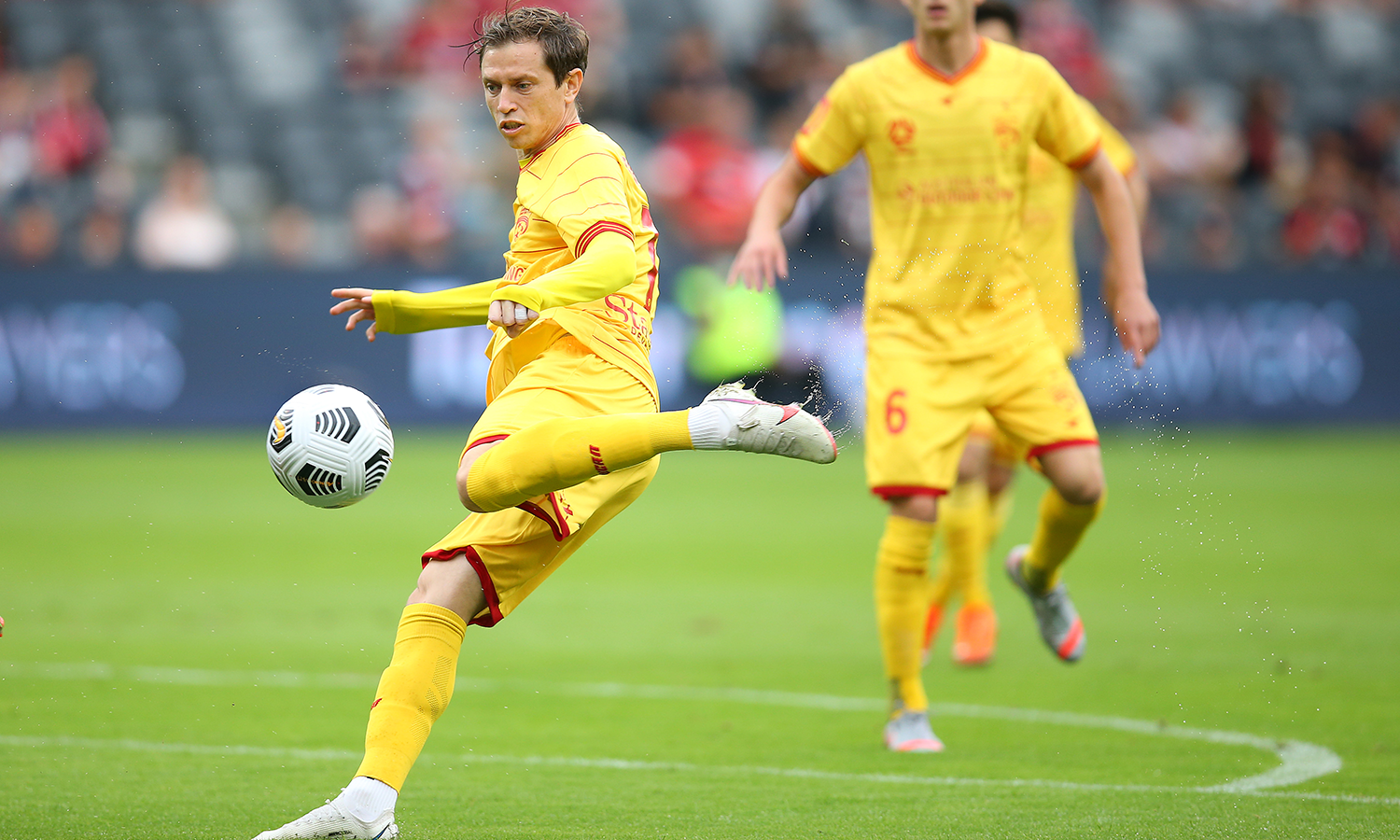 Mohamed Toure made it 3-1 off the bench following a blistering counter-attack on 82 minutes to restore United’s two-goal buffer though Mitchell Duke made things interesting with a 90th minute goal.

Goodwin, who has now scored 26 career goals for Adelaide in all competitions, said the focus during training was to be more effective at implementing a high press.

The 29-year-old Socceroo felt some of that came to fruition, however insisted they can be better.

“We spoke a lot during the week on the defensive side, to be aggressive in the press and not just to sit back,” he said.

“I think the game against Macarthur we sat back a little bit too much and we got punished for it.

“So there was a lot of talk about that and I think we did that quite well but still a lot of room for improvement.”