Halloran embracing mentoring role and thrilled to be out of lockdown

Ben Halloran admits it was a “big relief” after coming out of the state’s COVID-19 enforced lockdown three days earlier than planned.

Halloran, heading into his third season with Adelaide United, believed a longer hiatus would have been far from ideal a little over a month out from the A-League season commencing.

“Just a big relief, it would’ve been a huge disruption for the pre-season if we had to go into lockdown for an extended period of time,” Halloran claimed to reporters at Coopers Stadium on Monday.

“So I think the boys are just relieved to get back into it because the season is not too far away.”

The winger said the mood around the squad has been in fantastic with Head Coach, Carl Veart, and Assistant, Ross Aloisi at the helm.

Halloran said the pair have really brought a positive vibe to the group and something he greatly appreciates.

“They’ve been a real breath of fresh air,” he said. 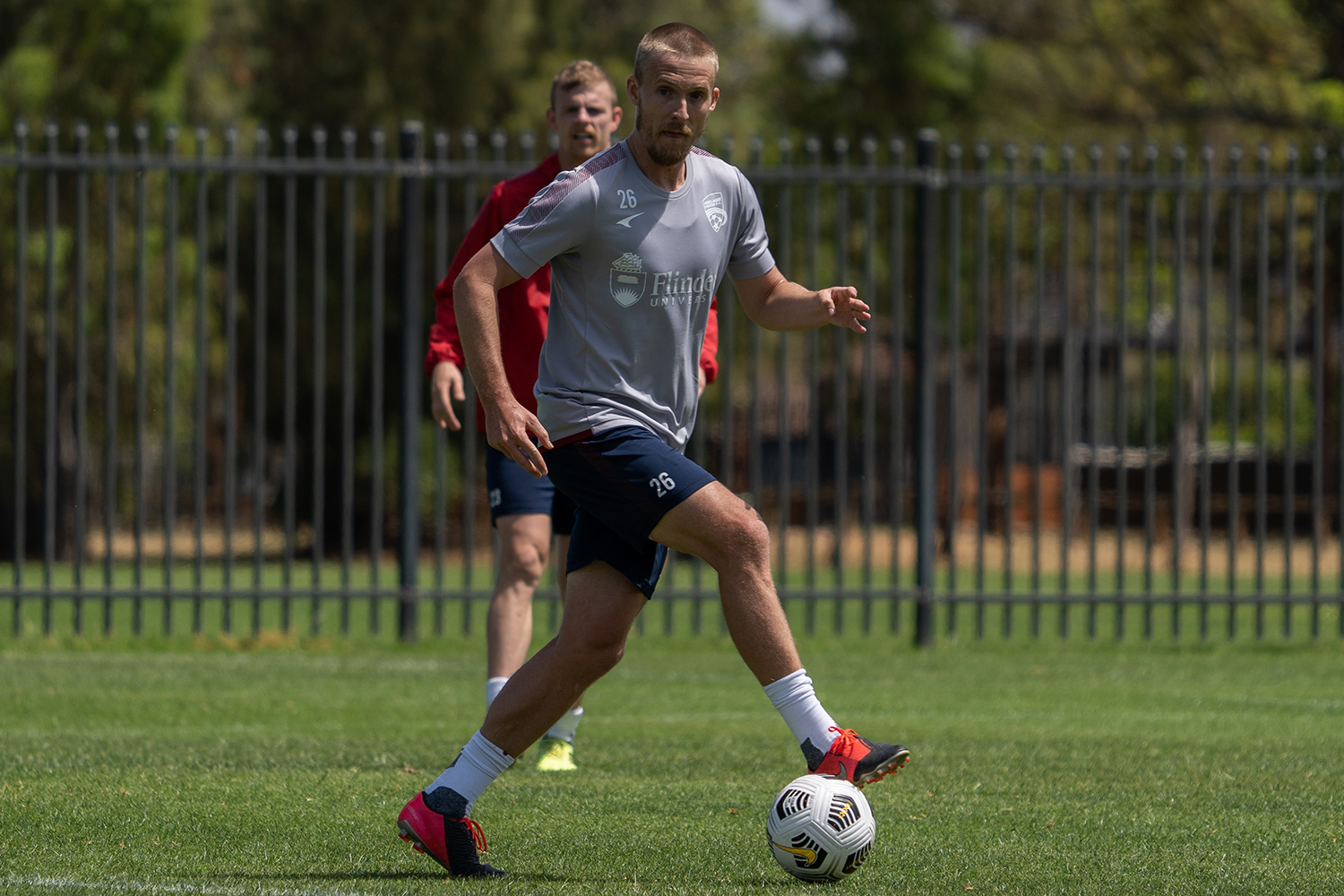 “And I think that’s been really important given how tough last season was towards the backend.

“Playing without fans, all this uncertainty, getting stood down, all these things that happened to us unfortunately, I think it’s important that we’ve positive environment.

“People have a smile on their face and with a lot of young boys coming through I think there’s a real excitement amongst the team.”

The 28-year-old is now one of the more experienced players currently in the side.

He stated he has embraced the extra responsibility in helping some of the younger members where necessary.

“I’ve kind of found myself in more of a leadership role,” he continued.

“I’m one of the older players in the team now, I think it’s incumbent on me to become more of a leader in the team and I’m looking forward to filling that role.”

The six-time capped Socceroo enjoyed a career-best season last term, scoring 12 goals in 26 appearances in all competitions for the Reds.