Henrique’s mesmerising first-half brace guided Adelaide United to a 2-0 triumph over Wellington Phoenix in Round 9 of the Hyundai A-League 2016/17 season at Coopers Stadium on Sunday.

A wonderful penalty save from Eugene Galekovic and two absolute screamers from forward Henrique ensured the Reds would collect their first win of the campaign.

Watching on from the stands for a second week, Reds Head Coach, Guillermo Amor made one change to his starting XI from the previous week, with Henrique returning to the line-up at the expense of Nikola Mileusnic.

And the ‘Slippery Fish’ returned with a bang, netting twice in phenomenal fashion, after appearing in the first XI for the inaugural time since Round 3 against Melbourne Victory. 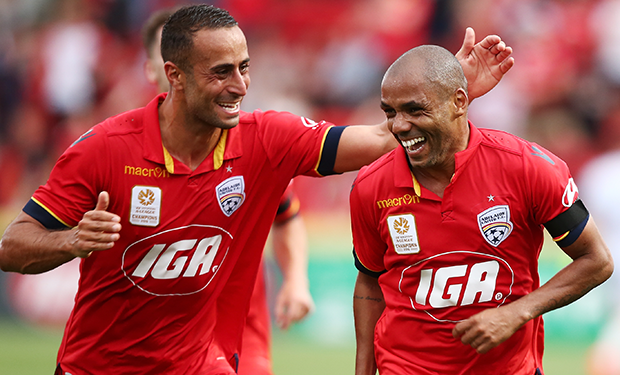 Guardiola had the first sighting at goal as he forced Wellington gloveman Glen Moss into a smart save after getting on the end of a slick passing move.

However, despite Adelaide’s early dominance, the visitors were awarded a penalty when Dylan McGowan was adjudged to have fouled Adam Parkhouse inside the area on 20 minutes. The ensuing penalty was brilliantly thwarted by Reds Captain Galekovic – denying Roy Krishna from the spot with a diving save to his right.

The Phoenix would go on to rue that golden opportunity, with Adelaide making the New Zealand outfit duly pay minutes later.

The Reds kept alive a half-cleared corner, before the ball landed to James Holland whose deft lay-off teed-up Henrique outside the 18-yard box, who unleashed a thunderous left-footed strike.

United continued to try and double their advantage and were rewarded for their endeavour, courtesy of an efficient move off the training ground coming to fruition on 39 minutes. Instead of crossing a free-kick into the box, Isaias deceived everyone – squaring the ball to an unmarked Henrique who expertly struck his effort past the outstretched Moss to make it 2-0.

The two-goal buffer sent the home crowd into a frenzy as the stadium’s atmosphere reached a crescendo just before the break.

The second-half saw Adelaide maintain their concentration after an eventful first period, desperate to enter the winners’ circle, following an eight-game barren stretch. Tarek Elrich, Iacopo La Rocca and McGowan defended admirably as a unit, while Ben Garuccio looked to maraud forward and add himself to the attack.

Wellington could only muster speculative attempts from distance, and did not afford the likes of Roly Bonevacia time and space on the ball, as they worked tirelessly to try and keep a second consecutive clean sheet intact.

Ryan Kitto thought he had made it 3-0, but his goal from close range was ruled out for handball.

However, it had no bearing on proceedings as United secured a convincing win to lift the Reds off the bottom of the table and resurrect their title defence. 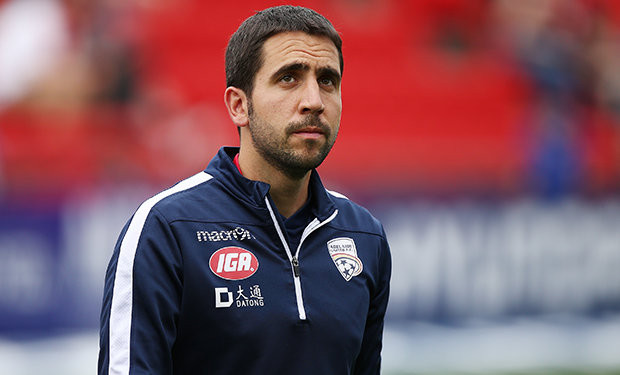 “It was a good game and it was a deserved win and I think it is a good moment for the players and the Club because I think we did enough to get the three points,” Marti said.

“After the penalty save it gave us a bit of extra strength for us and after of course you still have to take the chances.

“To score these chances is really important and we created enough to score two or three more goals.”