Ahead of the Grand Final rematch against the Western Sydney Wanderers, Adelaide United Head Coach, Guillermo Amor, and defender, Tarek Elrich, have both said the Reds are expecting a physical and pressured encounter come Friday night at Coopers Stadium.

The Reds enter their first home match of the year full of confidence and are aiming to inflict the same result as they did to the Wanderers in the 2015/16 Grand Final earlier this year.

However, despite the added pressure of the Wanderers coming to Adelaide for retribution, boss, Guillermo Amor, insists Western Sydney will be fired up after a heavy defeat to their cross town rivals, Sydney FC, last weekend.

“We are expecting a difficult and tough game,” Amor said. “Any game against Western Sydney is always strong and physical.

“They lost their opening game against Sydney FC 4-0, so I imagine this would have been very difficult for the players, coaches, and fans.

“I know their coach (Tony Popovic) and their Assistant Coach (Andrés Carrasco) are very professional and they will prepare well for the game Friday.”

When asked if revenge would be a potential motivational factor for the Wanderers, Amor said a lot has changed since the Hyundai A-league Grand Final and believes they are looking ahead to Friday and not in the past.

“For the fans and the coaches, the feeling is there, but in preparing for this match I don’t really think of the past at all.”

A man who featured in the 2015/16 Grand Final and who has played under Popovic is Tarek Elrich. Elrich, believes that the Wanderers will want to make up for lost ground following their disappointing start to the new season. 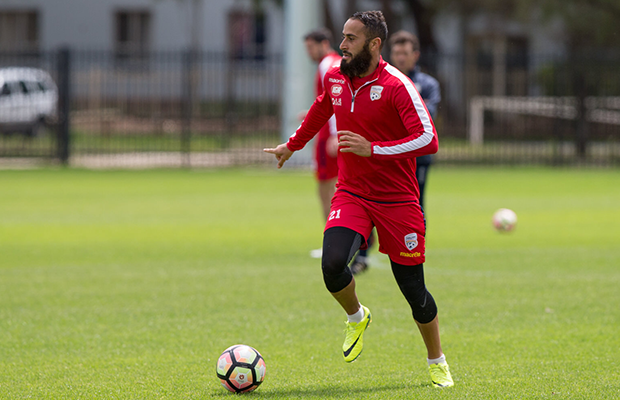 “Knowing Popa (Popovic) well and having played under him, I know for a fact that they are going to come out firing,” Elrich said.

“They are probably glad that it’s a short turn around because it’s never good losing in a massive derby, especially by that score line.

“I’m sure that Popovic will have the team pretty revved up and ready for this game, once you come off a big loss like that the next week you give it your all.”

Elrich also admitted the team is just starting to find their feet, as many players have both left and arrived at the Club within the pre-season.

“We lost some quality players during the off season but we have also gained a lot of quality. In particular James (Holland) and Sergi (Guardiola) who have come in pretty late, but you definitely saw the quality they boast on Sunday (against Newcastle Jets),” Elrich continued.

“They add a different dynamic to the team and I feel now with just a bit more game time, their match fitness, sharpness, and understanding of the A-league will evolve and help us.