Adelaide United Head Coach, Guillermo Amor, and midfielder, Isaias, have signified the importance of capturing the three points against the Central Coast Mariners at Coopers Stadium on Sunday.

Both sides come into the clash, desperate to secure their first wins of the season, with Adelaide in particular, looking to avoid being the first reigning Champions since Sydney FC to remain winless after five rounds.

The Reds suffered a disappointing 2-1 away loss to Melbourne City last weekend, while the Mariners earned a 1-1 draw against the Western Sydney Wanderers in Sydney.

And Reds Boss, Amor, stressed the significance of the clash, stating his side will be do everything they can to claim an elusive victory to kick-start their title defence.

“We’ve played good, but the table is this and we have one and we are going to try and win this game.”

The Spanish boss also confirmed star playmaker Marcelo Carrusca has been included in the matchday squad for the first time this season, after recovering from a foot complaint.

“He’s in the list of 16 players and he can play and we’ll decide how many minutes he’ll play,” Amor said.

“Marcelo (Carrusca) is important to the team, in the group, in the squad and he’s been a very good player over the years (for Adelaide) and he’s a special player.” 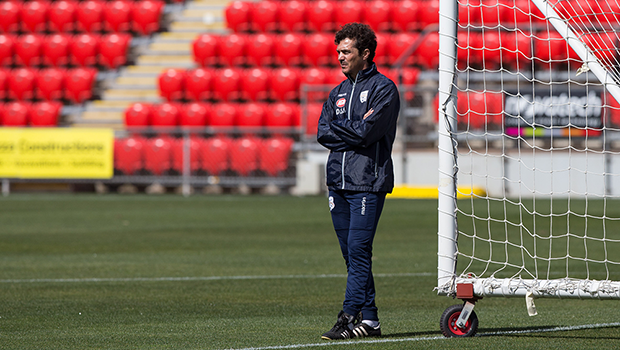 The Reds boast a formidable record against Central Coast in recent times as the hosts have won seven of their preceding eight matches. The Mariners have also experienced little success in the city of churches since their last triumph at Coopers Stadium in March 2013 – conceding 15 goals in five consecutive away defeats against United.

Meanwhile, midfielder Isaias insisted the Reds must “play the game as a final”, and revealed the squad remain upbeat despite the winless start to the campaign.

“We have to play every game as a final and be focused only in that game and I’m one hundred per cent confident we’ll get the three points.

“We are confident because we know that we’ve a good squad and we’re playing well, but we know the situation is not good enough at the moment.

“We know that we have to improve and push forward and we know the pressure is on tomorrow.” 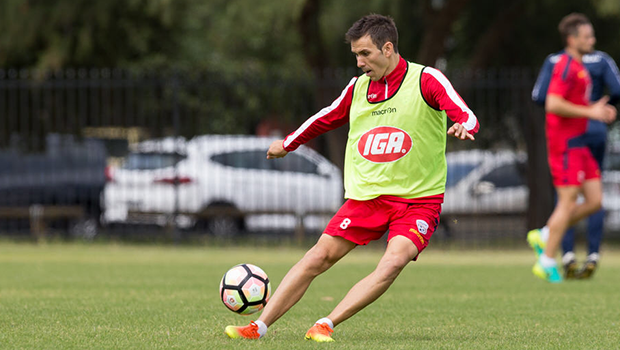 Adelaide United host Central Coast Mariners in Round 5 of the Hyundai A-League 2016/17 season on Sunday, 6 November at Coopers Stadium. Kick-off is at 4.30pm ACDT.