After rupturing his Achilles tendon in Adelaide United’s Grand Final triumph in May, Michael Marrone’s return to football is taking some time, but he’s on the way.

It was a cruel end to a remarkable season for Michael Marrone, who was a crucial part of Guillermo Amor’s side that clinched a memorable Premiership and Championship double.

In the 71st minute and with the score at 2-1, Marrone lunged forward in anticipation to block what looked to be a decisive through ball by Western Sydney Wanderers fullback, Scott Jamieson. But in an instant, Marrone’s Achilles tendon ruptured and his Grand Final was over. 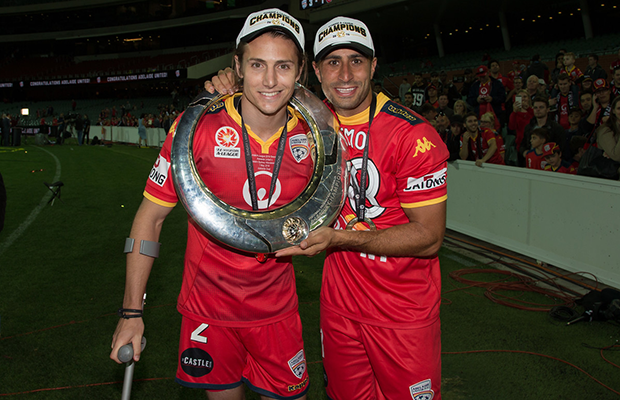 “My recovery is going pretty well and I feel good, which is the main thing,” Marrone said.

“I’ve started running and at the moment it’s about making sure I get some volume into my legs and my Achilles, as opposed to speed or anything like that.

But Marrone isn’t rushing his return, saying the importance is making a full recover without experiencing any significant setbacks.

“I’m not too worried about timeframes and I’m concentrating on my well-being and how I feel more than anything.

“Right now I’m not entirely sure how far in I am in my recovery because I’ve stopped counting.

“The idea is to join into training bit by bit.” 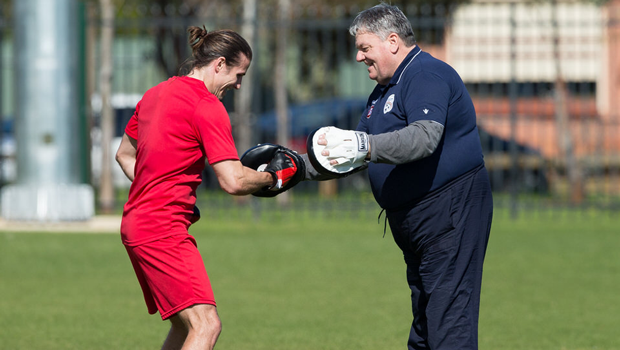 And despite the initial disappointment he felt post-Grand Final, Marrone’s drive to recover as soon as possible is his desire to join in with his teammates again day in, day out.

“I look at it from the point of view that at least I suffered the injury in the Grand Final when we got the win because those kinds of games don’t come around too often.

“It did make the Grand Final fairly bittersweet and at the time I didn’t really know what would happen until I was assessed by the medical staff.

“But now, when I come to training every day and I can see the rest of the team out there playing, it really makes me want to get involved.

“To be fair, though, I don’t feel like I’m too far off being able to start doing some things with the boys, even if that’s just integrating into the warm-up and doing a few passing drills.

“It’s just a matter of time before I can get involved and I’m really looking forward to getting back to normal.” 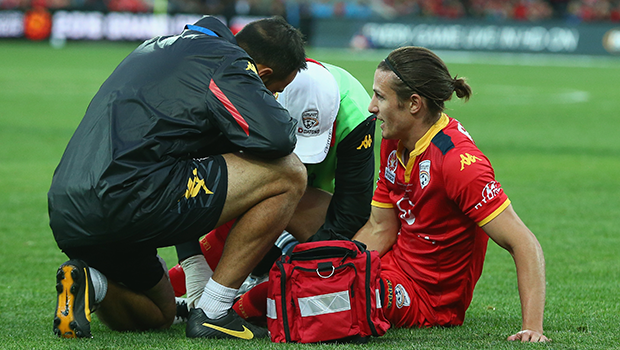