Mauk: Everyone is really excited

Stefan Mauk believes Adelaide United are well prepared heading into Sunday night’s clash against Brisbane Roar on the Gold Coast and admits life in the hub will present its challenges.

Mauk will face his former side for the second time this season and admits the team is delighted the four-month football hiatus due to the coronavirus pandemic is almost over.

The 24-year-old added the squad have fully embraced interim Head Coach, Carl Veart’s, philosophy and what is expected of them.

“We’ve been back training now for just under four weeks I think it is,” Mauk told the media outside of Coopers Stadium.

“Everyone is really excited to get out there and start playing.

“Everyone’s clear in how we want to play with the ball and without the ball.

“All players in the squad should know exactly what they need to do.

“Maybe we could have a little bit better of a fitness base if we trained for a couple more weeks but every team is in the same position.”

Following their match in Queensland, the Reds will fly to Sydney and join the hub under stringent restrictions.

Adelaide will stay in a hotel for the next three-and-a-half weeks and at this stage will only be permitted to leave the ‘bubble’ for training and games. 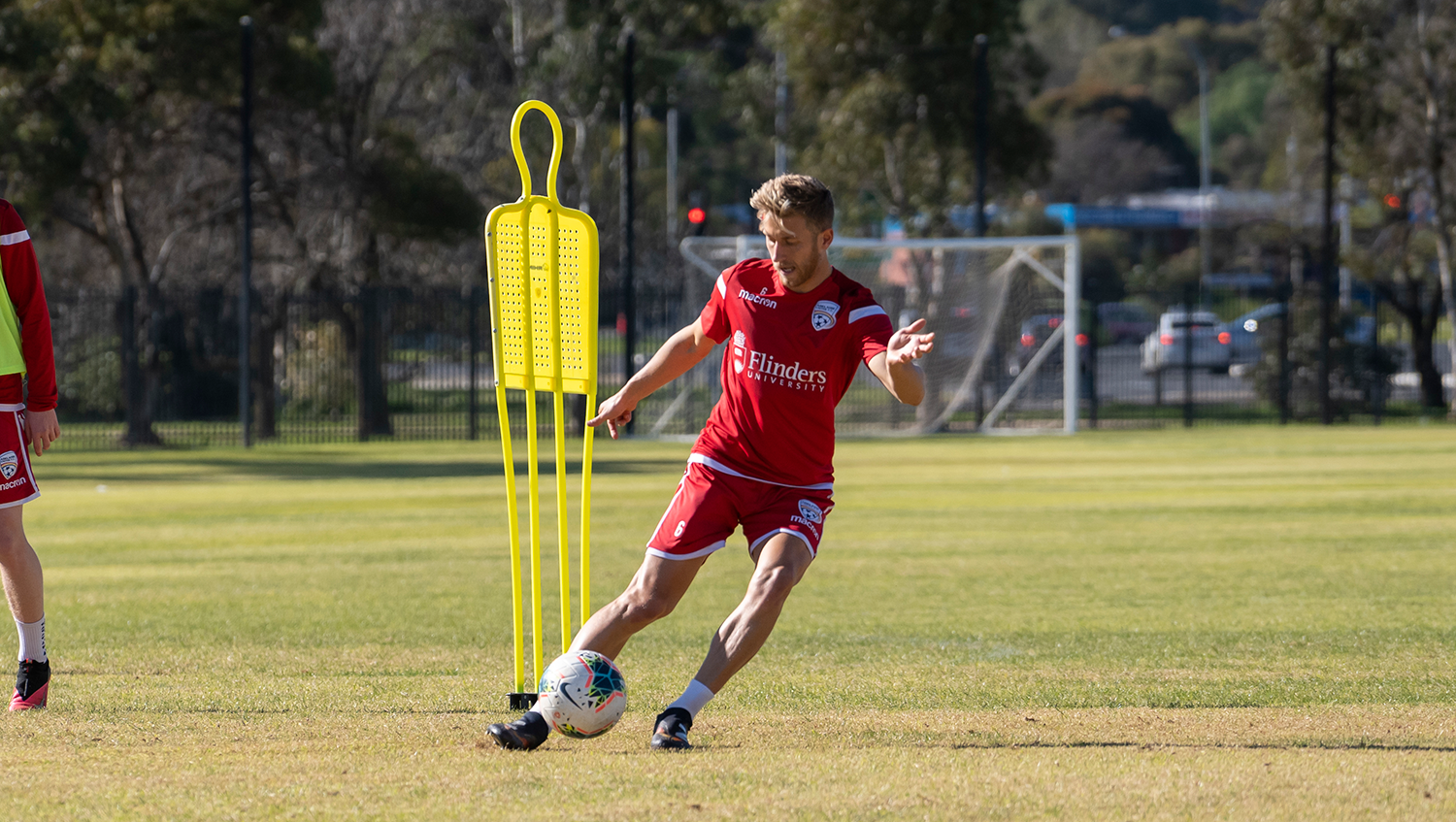 “It’s a mixture of emotions,” Mauk explained, when quizzed about the team leaving family and friends behind.

“Excited to be just playing games and that’s something that got taken away from us.

“But players with families it’s going to be hard and also for us here in South Australia we’re able to do a lot of things.

“We’ve got some restrictions on us but you can go to the shops, you can do small things, you can go for a walk, you can have friends or family members over.

“And now we’re going into this hotel hub where, from what I’ve been told, we’re literally not allowed to leave, which is quite restrictive.

“… Maybe there’ll be some leeway, but obviously they just want to protect the A-League and make sure nobody gets COVID really.”

Mauk anticipated Paul Izzo to start between the sticks on Sunday after the goalkeeper was involved in a car accident last month.

“I think so, he’s trained really well,” the midfielder claimed when asked if Izzo will be available to start.

“Obviously a really scary moment with him having the car accident.

“… He’s been training the last couple of weeks and he looks really sharp. He’s a quality ‘keeper and someone that when he’s behind you, you’ve a lot of confidence.”

Adelaide United face Brisbane Roar in Round 29 of the Hyundai A-League 2019/20 season on Sunday 19 July at CBUS Super Stadium. Kick-off is at 7.00pm ACST. Live and Exclusive on Fox Sports, Kayo Sports and the MyFootball Live App