Ivan Karlović explains his new role as Head of Women’s Football at Adelaide United will allow him to further advance the women’s program.

His second in command for the past two years in Adrian Stenta will now assume the role he has vacated.

Karlović discussed what the new position will entail and believes it will enable him to focus more on the off-field aspects such as recruitment, building and maintaining relationships with various stakeholders, and player development.

“It will just allow me to focus more on the off-field component and support Adrian (Stenta) with the on field side,” he told AUFC Media in an interview.

“So that excites me and hopefully we put ourselves in a position where we’re at the forefront of women’s football in the country.” 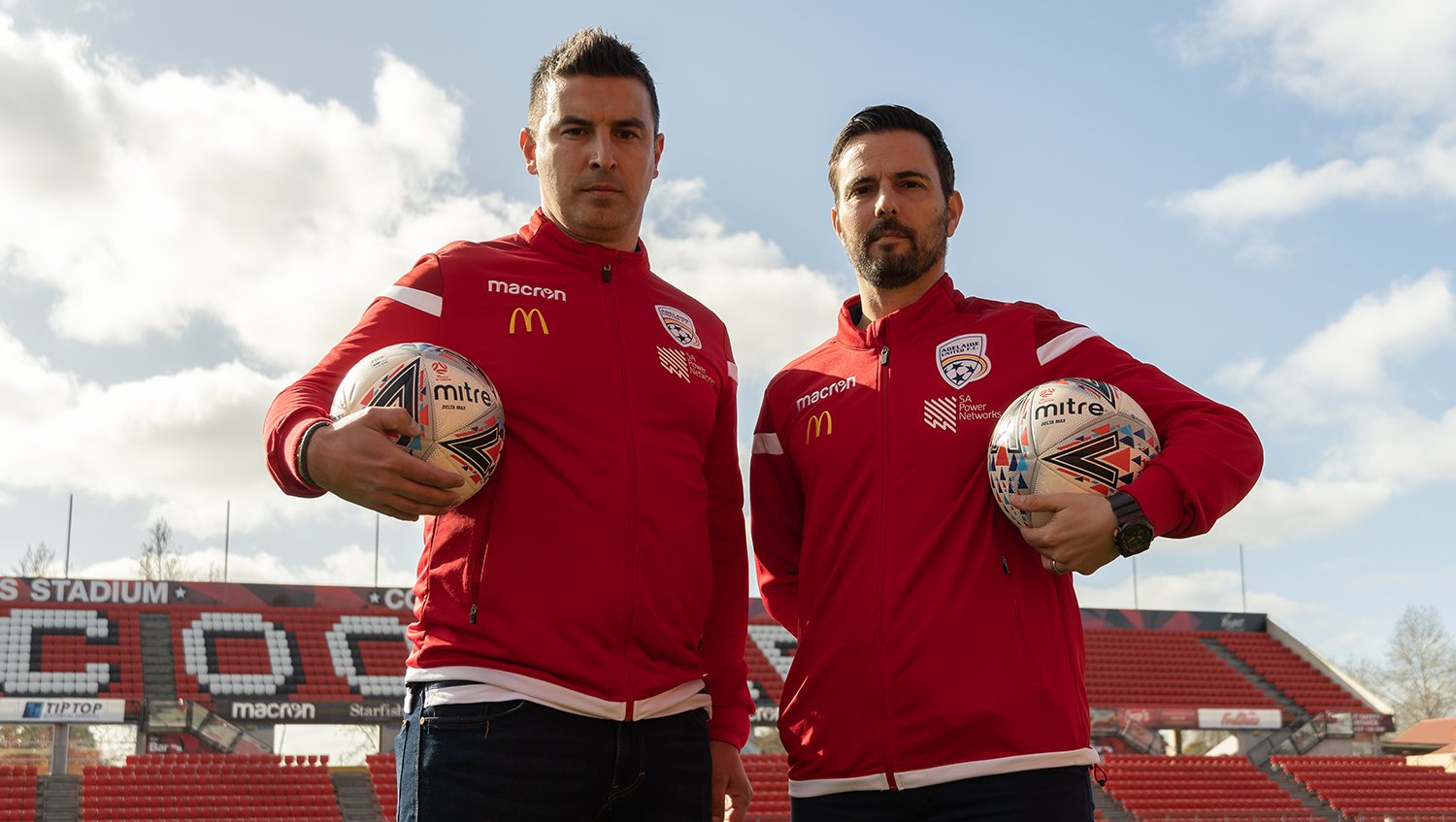 Karlović revealed the freshly created role had been in the pipeline for some time, and to see it come to fruition is a huge step forward.

“It’s something that we’ve been discussing now for twelve to eighteen months,” he said.

“Nathan (Kosmina) and myself and then Bruce (Djite) came into the Club, so we’ve been having these discussions for a long time.

“It was important that we continue to develop the program and that from a resource point of view, I felt that if I move into this role it would help Bruce as well.

“Because obviously his time is limited across a number of teams at the Club. So I can focus purely on the women’s side of football and like I mentioned previously it’s really about continuing to grow the program and professionalise it as much as we possibly can.”

Both Karlović and Stenta worked meticulously and collaboratively while in their respective coaching jobs at the time.

Karlović said at the top of his list is to begin formulating the squad for the upcoming season, while also securing a permanent training base.

“Obviously Adrian and I are in regular communication so we want to start to put the squad together,” he admitted.

“I think the nucleus of the side has been together for a period of time and I think that’s only going to help because they’re starting to develop as really good footballers, young footballers.

“We’re still a very young side, so there’s still a long way to go but I think they’re heading in the right direction.

“I think the most important thing is trying to establish a base for the girls, where we can call home. Training facilities that we use throughout the season and just continuously looking to improve areas that we’ve got in place already.” 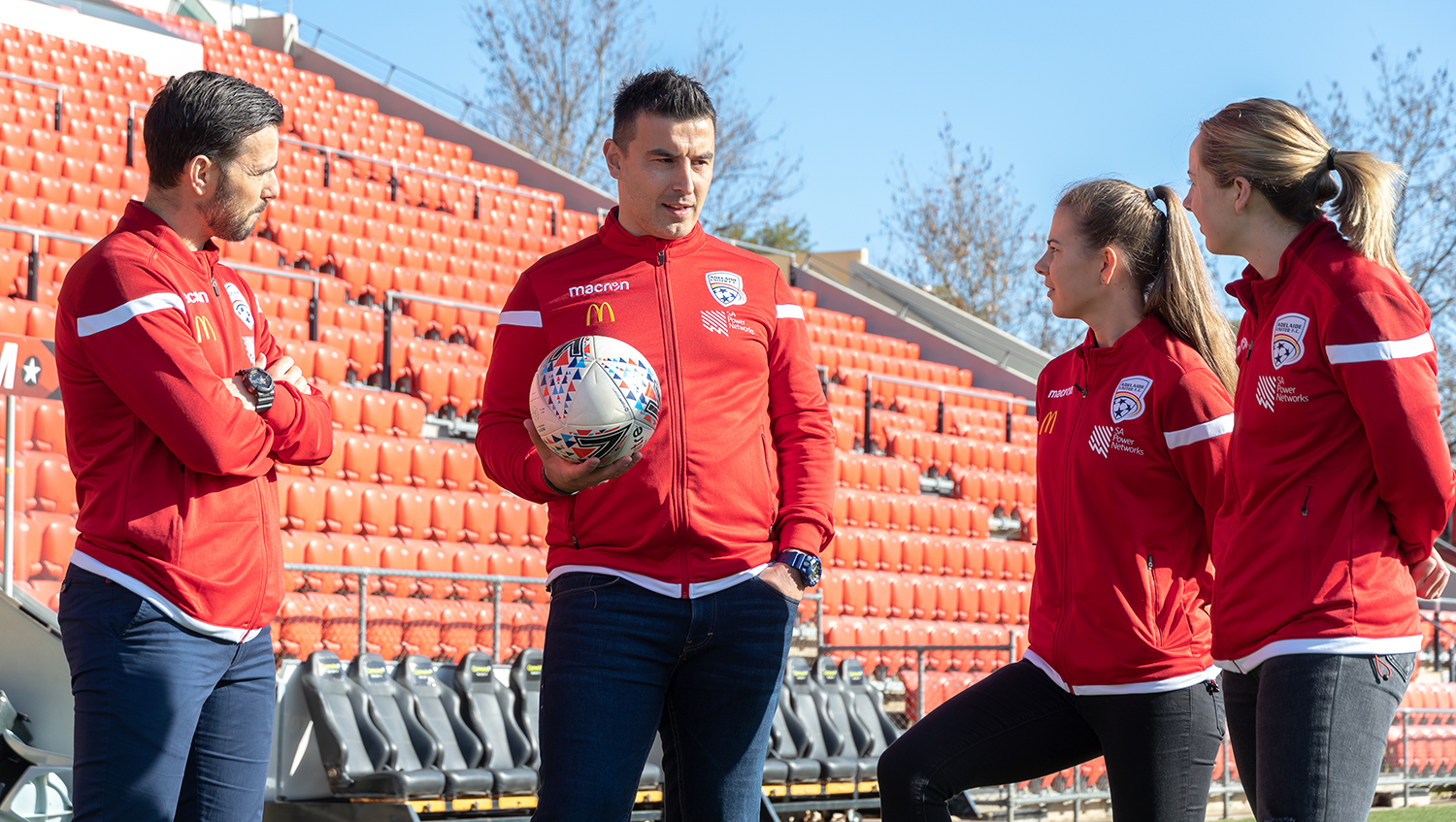 Having worked with each other before, Karlović was full of praise about Stenta’s coaching ability and passion for the job.

“Adrian I think will do a fantastic job,” he stated.

“He’s been in and around the program for a couple of years, knows the players really well. The players trust and respect him also which is really important.

“I think he’s passionate and will continue to develop these players and continue to drive them to achieve great things.”

“I speak to the WNPL coaches and I want to really look at the development pathways as well and how we can align that with Adelaide United,” he said.

“I think that’s the most important thing and continuously work with the WNPL clubs.

“Because a lot our girls are playing at the WNPL clubs, so if we can help them become better it will only help our side and the players that are involved, and the level of football in the WNPL is improving every year.”