By the numbers: Johan Absalonsen

The speedy left-winger had spent his entire career in his homeland and will offer the team a new attacking threat.

So without further ado here is a look at some of his facts and numbers. 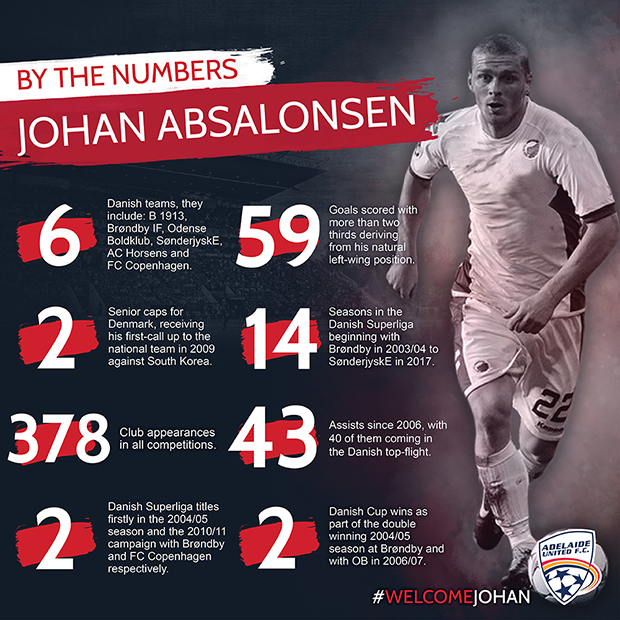 Adelaide United host Newcastle Jets in the Round of 32 of the 2017 Westfield FFA Cup on Wednesday, 9 August at Marden Sports Complex. Kick-off is at 7.00pm ACST.