Rajcic: We’re proud to be one Red family

Adelaide United Women’s Captain, Marijana Rajcic, has said the joining of the male and female codes under the one Reds banner is a fantastic achievement for football in South Australia.

After it was announced on Tuesday afternoon that both the male and female Adelaide United senior teams would be again managed under the same banner, Marijana Rajcic declared the decision as a significant achievement for South Australian football.

“I’ve said it before, but being under the one umbrella is going to keep us feeling like one big family,” Rajcic said.

“We haven’t been playing under the Adelaide United badge for the last five years, but being with the Club in the way that we are now, we can really build something special.

“The announcement is great for football in the state, especially for the women’s game, and hopefully it can see us pick up a greater following and some overdue success.”

When asked about how the merging of the two teams would benefit the United Women in particular, Rajcic noted the professionalism and notoriety of the men being the current Hyundai A-League Champions as being very beneficial to their own football development.

“We’re all part of one professional organisation now and it’s about playing the best football we can.

“The way we can do that is through the Club helping to provide us with better facilities and equipment that we might not have previously had.

“The men’s team are also the Champions of the A-League and there’s no better time for us to join them because they’re the best football team in the country.

“These types of things can make a big difference in our competition and could potentially see us winning the W-League.” 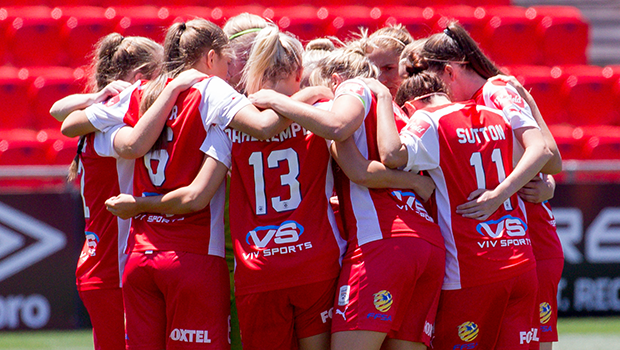 Despite the next Westfield W-League season being a little while away, Rajcic has targeted Finals football as the minimum achievement for her side to strive for.

“Next season we definitely need to be playing Finals football and I think it’s definitely doable for us.

“Last season we just missed out, but I believe we now have an edge that can get us into the Finals for the first time and from there anything can happen.”