The Reds will have one side competing in the tournament’s A Class (U19s), coached by Youth Team boss Huss Skenderovic.

They were drawn in Group H against Catalan pair Unio Deportiva Cassa and World Football Association and Cibao CF from Santiago in the Dominican Republic.

Meanwhile, the Club’s second and third squads will feature in the competition’s B Class (U16s).

The first Under-16 squad will appear in Group L, coached by Simon Catanzaro, and will face an FC Barcelona academy from the United States called Kaptiva Sports USA Camps. UE Sant Andreu and CD Blanes round out the group who both hail from the Spanish region of Catalonia.

The second United side, coached by Angelo Paul, has been pitted in Group D against strong Catalan outfit Club Gimnastic de Manresa. CD Llamoro from Tenerife on the Canary Islands and Colombian outfit AF Sabana Sports complete the fascinating group.

It is the fourth consecutive year the Reds have participated in the competition and first time Adelaide will send three teams to the tournament.

The MIC will take place in Spain next month between 11 April and 16 April.

The full squad of 53 players is listed below:

Click the images below to view the MIC 2017 groups: 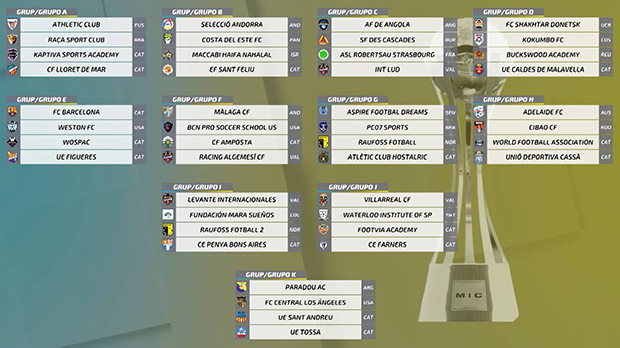 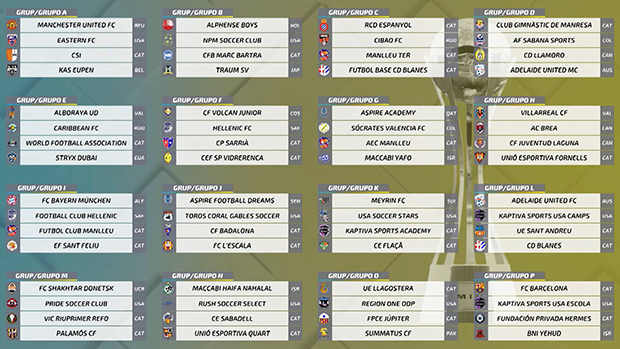