New Caltex Socceroo and Adelaide United midfielder Riley McGree insisted his focus was squarely on his side’s ACL clash on Wednesday night after the biggest week of his life.

In huge news, the 18-year-old was on Tuesday named in Australia’s 23-man squad for this month’s World Cup qualifiers against Iraq and UAE.

And McGree was again in the spotlight last night with the midfielder playing 90 minutes in Adelaide’s thrilling come-from-behind 3-3 draw with Jeju United.

“It was a very busy week, a very surprising week for me. But I think my focus was always on the game tonight,” McGree told Fox Sports.

“From Monday to Wednesday, we were focusing on the game and just this game.  Now we focus on the game for Brisbane. It’s all up to the next game we play.”

After a largely disappointing season which has yielded just three wins, McGree felt the side’s large gap between games helped boost Adelaide for a much improved performance.

The Reds lost both of their opening two ACL fixtures and were trounced 3-0 at home to J-League side Gamba Osaka. 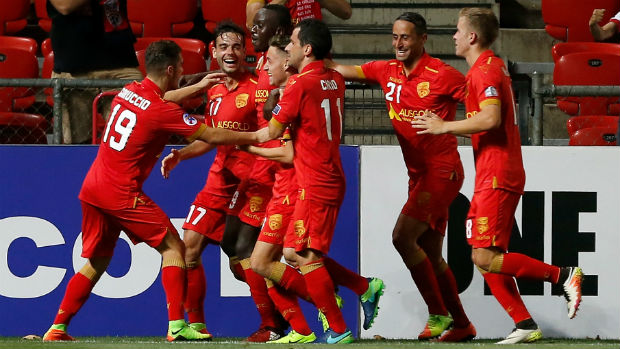 “I think the 10 day break for us, we were able to recuperate from the games and come in feeling very fresh, and I guess we kind of showed that out here tonight,” McGree said.

“We defended well and attacked well. They sat off and waited for their chances but I think all round we played a good game. “

Adelaide are back in action in the Hyundai A-League on Sunday with the Reds hosting Brisbane Roar.