Adelaide United Football Club will visit Whyalla July 12-14 for a Pre-Season Community Camp ahead of the Hyundai A-League 2017/18 season.

As part of the Reds regional community engagement, fans in the Whyalla and surrounding regions will have the opportunity to watch an open training session led by new Head Coach Marco Kurz, meet the players and coaches at a signing session and participate in the Adelaide United Football School.

“Our Club represents the entire state,” he said. “Visiting our regional fans in Whyalla, and the Riverland as our Young Reds did earlier this year, are important for us to connect with the wider community.

“This camp helps our A-League preparations but it’s much more than that. We can’t wait to get out there, meet the families and provide the kids a valuable experience through the Adelaide United Football School.” 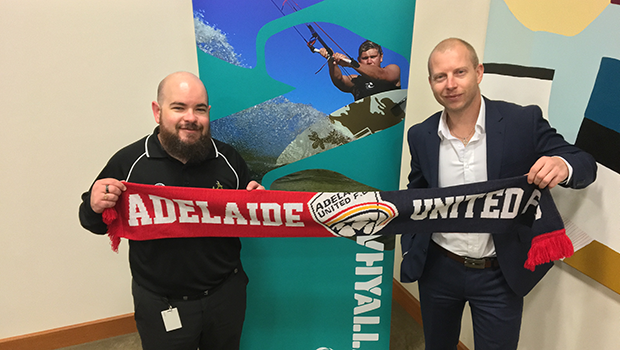 Chris Cowley, CEO of Whyalla City Council said the pre-season camp was great for sporting fans in the region to witness an A-League club in action.

“The Whyalla City Council is pleased to be hosting Adelaide United Football Club for their upcoming training camp,” he said.

“This will be a great event for not only local football fans but also sporting fans in general to see an A-League squad spending some time in the city preparing for the 2017/2018 Hyundai A-League season.

“We hope that their visit to Whyalla will be the first step to a successful campaign.”

Enrolments for the Adelaide United Football Schools in Whyalla close 29 June, so book your place fast!