Adelaide United Women will begin its Westfield W-League 2017/18 campaign away to Western Sydney Wanderers at Marconi Stadium in Round 2 on Friday, 3 November after an opening round bye.

The Reds’ first home match of the season will be broadcasted live on Fox Sports and take place in Round 3 against Perth Glory at Marden Sports Complex on Friday, 10 November.

Adelaide visit reigning champions Melbourne City in Round 6 of the competition on Sunday, 3 December.

The regular season for United will conclude on Friday, 2 February in a home fixture against rivals Melbourne Victory at Marden.

Select Westfield W-League matches will be broadcasted live on Fox Sports throughout the season. 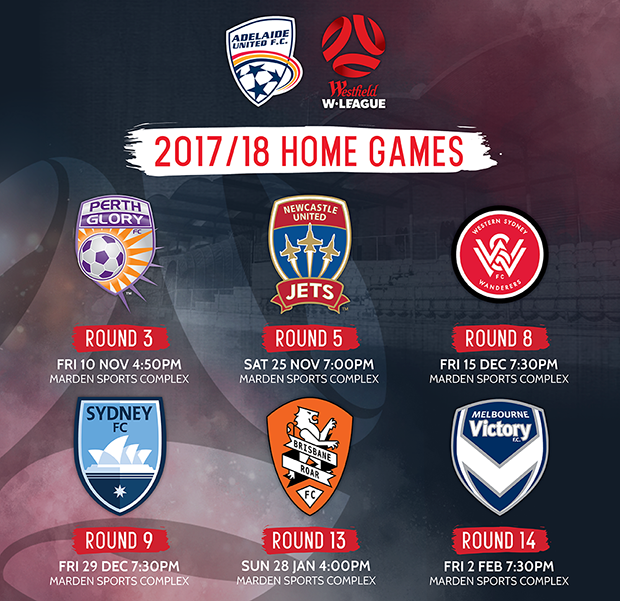