Adelaide United is delighted to announce Airton Andrioli has been appointed as the Club’s new Head of Youth Football.

As part of the role, Andrioli will become the new Head Coach of the Reds’ Youth Team, while also joining Carl Veart’s backroom staff as an Assistant Coach alongside Ross Aloisi, and Goalkeeping Coach, Eugene Galekovic.

The 55-year-old served as Veart’s interim assistant for the remaining five matches of the 2019/20 season and now returns on a permanent basis.

The Brazilian had most recently been Football South Australia’s (FSA) Technical Director since 2009 and was an assistant coach with the Young Socceroos between 2015 and 2016.

Speaking on his new position with the Reds, Andrioli said: “I’m really happy to be joining Adelaide United and to be appointed as Head of Youth Football.

“In my previous role with FSA, I was fortunate enough to work with a number of quality, young South Australian footballers, providing a solid foundation for them to progress.

“I’m excited to continue and expand this work now with Adelaide United.

“Every successful football club around the world has a strong youth development program and our goal as a club is to continue and further improve the quality of the pathway for young players in our state.

“I believe nothing can unify a community more than seeing home grown kids progressing through the programs and playing for the Adelaide United A-League squad and beyond.“ 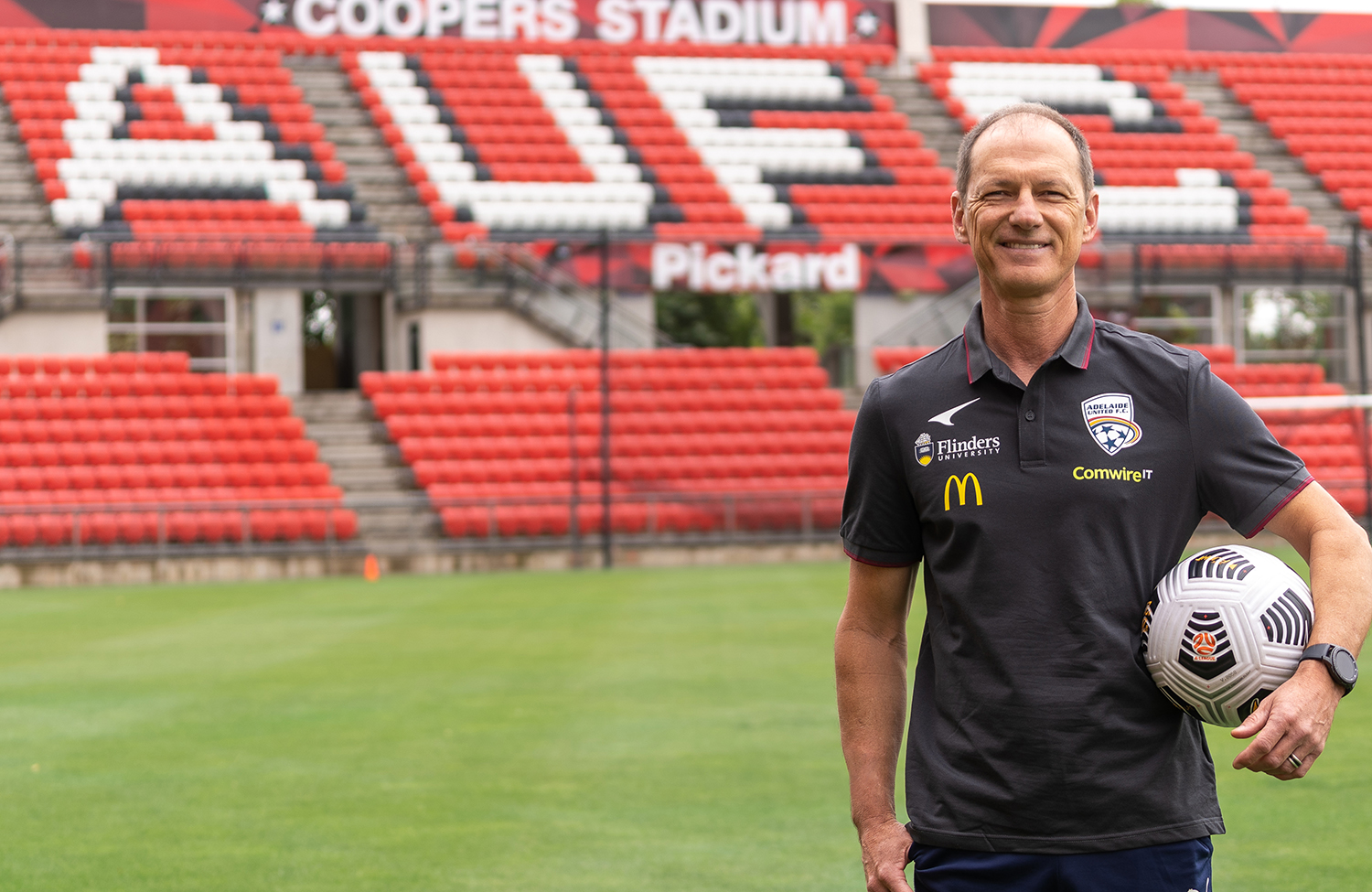 Veart, added: “I’m really happy we have brought Airton into the Club and that we will have him heading our youth development for the foreseeable future.

“I’ve known and worked alongside Airton for a long time and he’s an extremely knowledgeable coach and someone who will positively add to the dynamics of our coaching team, alongside Ross, Eugene, and myself.

“Airton’s ability to hone the skills and develop some of our State’s best young footballers will not only benefit the Club’s aspirations of being one of the most successful A-League clubs in the country, but it will also further enhance the relationship we have with FSA and their National Training Centre set-up.

“This is an important appointment for our Club and one I’m confident will produce fantastic results for us all.”

Adelaide United Director of Football, Bruce Djite, added: “We are delighted to appoint Airton as the Club’s new Head of Youth Football.

“Airton’s experience and knowledge of grassroots football and development in South Australia is second-to-none and to have him representing our Club is going to be hugely beneficial.

“Airton will be a conduit between our Youth Team and A-League team and, of course, he is also familiar with the Club and how it operates after assisting Carl in the back-end of last season.

“Our strong track record of promoting our youth players into the first-team has been league-leading and this football restructure only further consolidates the integration of our Youth Team and A-League squads.

“Our vision of promoting youth Is unwavering and with Airton helping to lead this charge, we will continue to do so.”