Aloisi grateful for opportunity to return to Reds

Ross Aloisi is excited to be back at Adelaide United after being appointed Carl Veart’s new Assistant Coach for the next two seasons.

The 47-year-old spent three seasons with Adelaide, playing 75 matches and scoring seven goals and was a teammate of Veart’s both at United and in the former National Soccer League with Adelaide City.

He also served as the Club’s inaugural A-League captain between 2005 and 2007.

Aloisi said it was an incredible honour to be given the opportunity to return to the Reds.

“I’m very, very grateful to be given the opportunity to come back and coach Adelaide United,” Aloisi told reporters at his official unveiling at Coopers Stadium.

“I coached here in the W-League and it’s a huge honour to be back especially being a proud South Australian and former captain of the Club to be Carl’s assistant.” 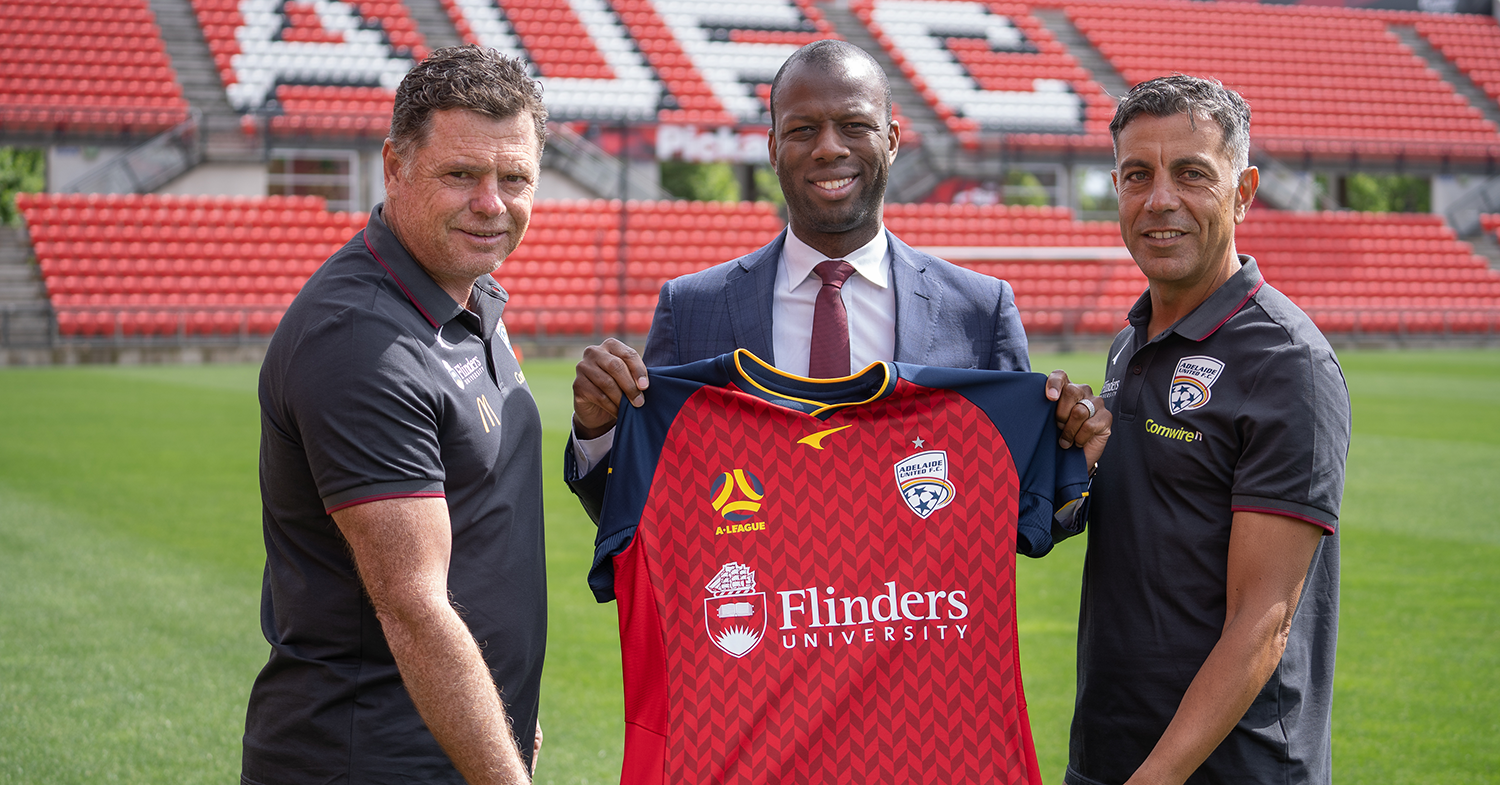 He admitted leaving his family behind in Brisbane was a difficult decision but added the chance offered to him by Veart and the Club was too good to refuse.

“It wasn’t an easy decision at all to make,” he said.

“I’ve got some good young female football coaches taking that over as well, I’ll oversee everything.

“And the family was important too, difficult to leave the family but in football sometimes you have to do these things and hopefully we can be together soon.”

Aloisi stated he will bring a lot to the team such as help instil a winning mindset and implementing Veart’s methods and philosophy.

“Definitely help implement Carl’s playing structures and the Club’s values within the playing group and drive a winning mentality,” he continued.

“I think that’s what I’m good at as well. I did that in Brisbane in the first couple of seasons and hopefully we can do the same here.”