Biggest villains of the Original Rivalry 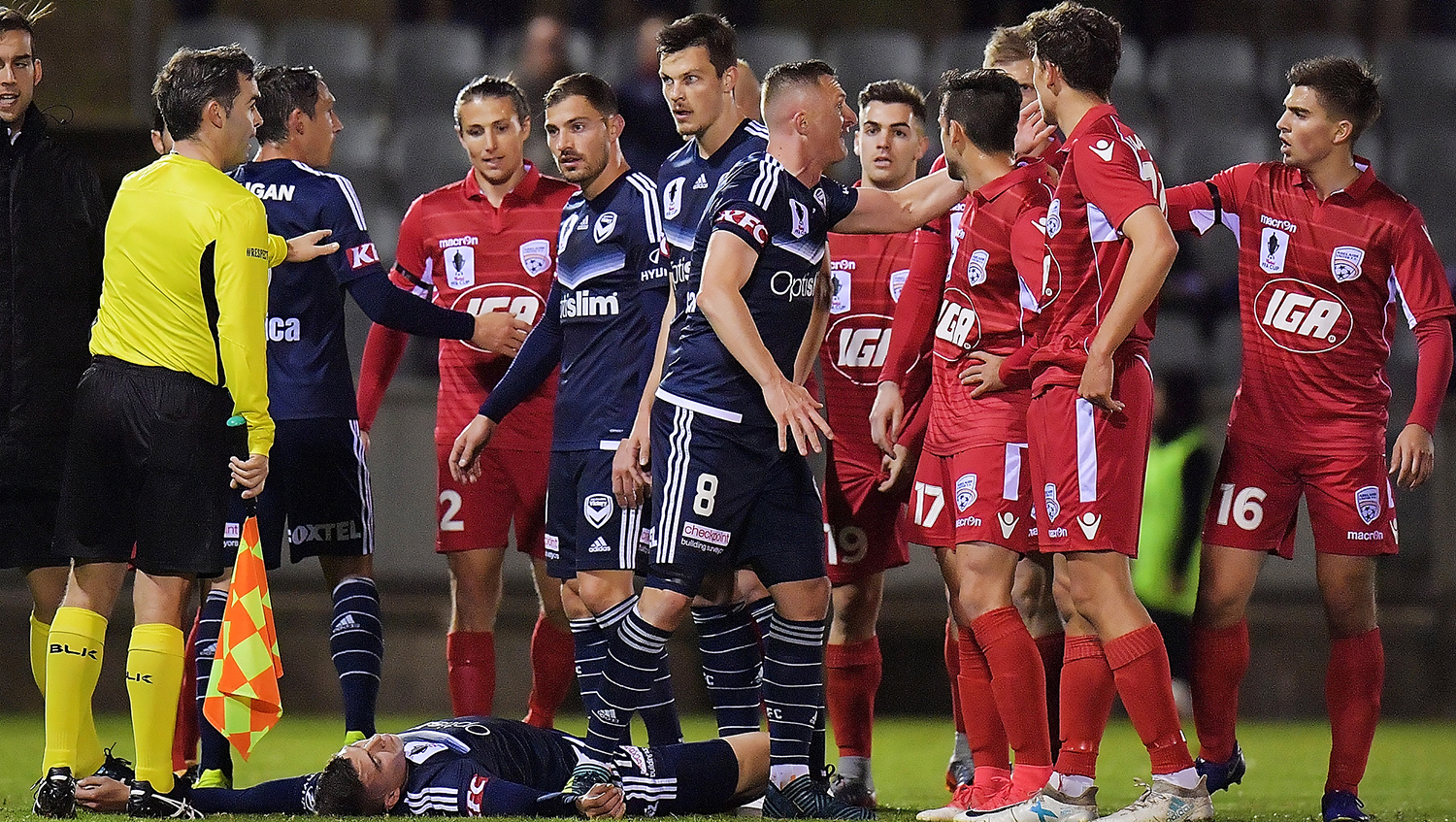 In the latest instalment of the Original Rivalry between Adelaide United and Melbourne Victory at Adelaide Oval on Friday night, we take a look at six Victory villains.

Ney Fabiano
The Brazilian rose to notoriety in round 4 of Hyundai A-League 2008/09 season for an incident involving Robert Cornthwaite. After an initial confrontation which appeared harmless, Ney Fabiano remonstrated with the referee before spitting at the Reds defender. He was sent off and handed an eight-game suspension by the Match Review Panel. 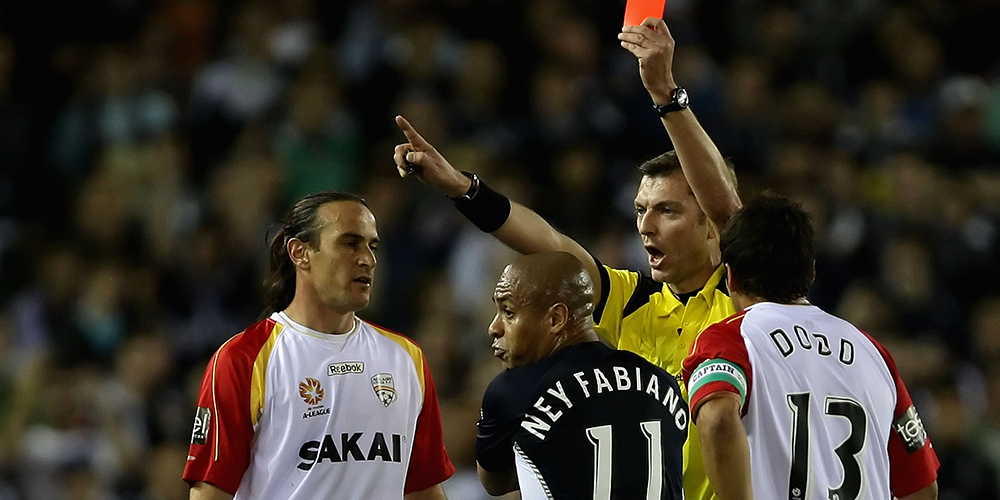 Kevin Muscat
Synonymous with controversy, Kevin Muscat was no doubt the most despised Victory player by Adelaide fans. With his playing reputation preceding him, Muscat constantly caught the wrath of supporters due to his borderline tactics and at times dangerous tackles. He would invariably be greeted by a deafening raucous of boos whenever his name was announced on the PA system or in possession of the ball. From his infamous melee with John Kosmina on the sidelines to receiving his marching orders in the space of eight minutes in 2011, Muscat was always never too far away from entering the referee’s notebook. 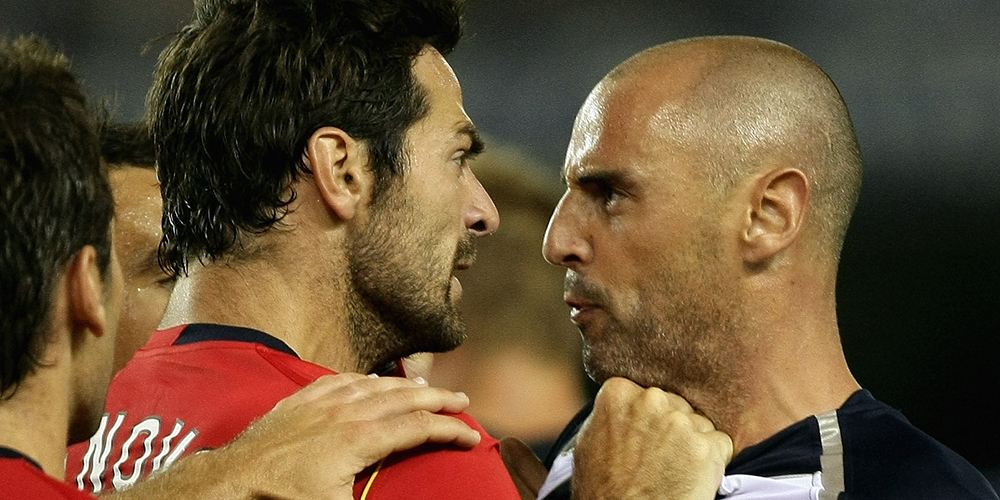 Archie Thompson
A perennial thorn in the side, Archie Thompson had a regular habit of finding the back-of-the-net against the Reds. None more so than his five-goal haul in the 2007 Grand Final to inflict misery on all Adelaide fans that fateful day. He ended his career tally against the Reds with 13 Hyundai A-League goals and you could forgive fans for being glad to see the back of him once he retired.

Surat Sukha
Thai international Surat Sukha was a player begrudged for his ridiculous tackle on an in-form Mathew Leckie during the 2010/11 season. The foolish challenge saw the 19-year-old miss 14 matches after rupturing his medial ligament in his knee. Bizarrely, no booking was issued and no retrospective punishment was taken. Adelaide, who had made an 11-match unbeaten start to that season, saw their form dwindle during Leckie’s lengthy lay-off. 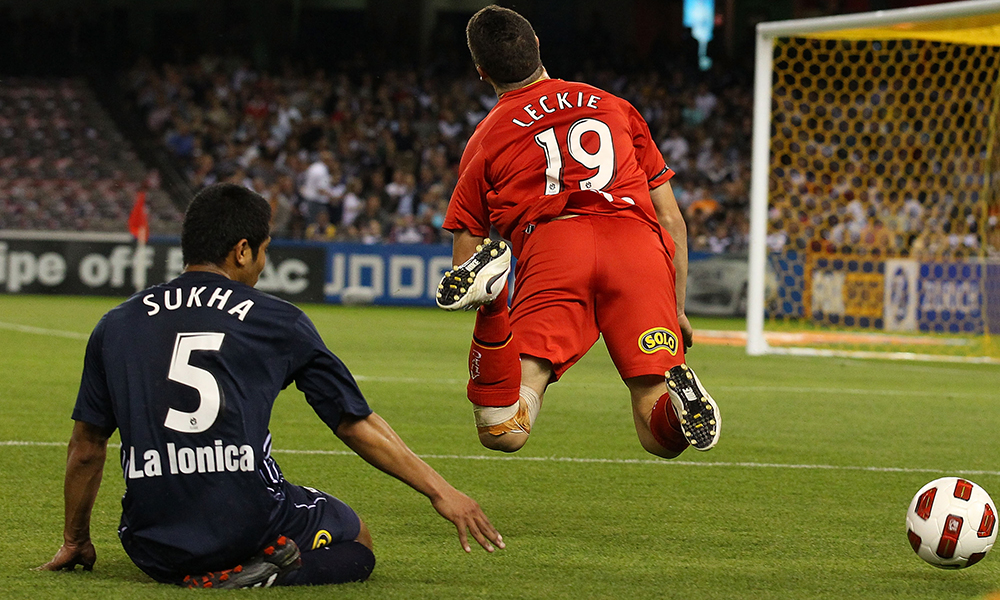 Daniel Georgievski
Georgievski’s gung-ho approach has also seen him receive criticism during his time at Melbourne. None more so than in the build-up to Adelaide’s decisive goal in their 1-0 win at AAMI Park in February 2016. After marauding forward, Craig Goodwin was dispossessed and landed on the ground, before copping a reckless sliding knee to the face from Georgievski – leaving him with concussion and a nasty bump on his head.

Besart Berisha
Berisha’s conspicuous passion, competitiveness and antics on the pitch have also caught the ire of Reds fans. The 32-year-old is a prolific goal-scorer and wears his heart on his sleeve. Never shy of getting in the face of his opposing defenders, Berisha’s fiery temperament means he is an easy target for the Adelaide faithful to wind up in an attempt to put him off his game or see him booked.

Adelaide United host Melbourne Victory in Round 3 of the Hyundai A-League 2017/18 season on Friday, 20 October at Adelaide Oval. Kick-off is at 7.20pm ACDT.