In depth: Grant talks ambitions and path into football

One of Adelaide United’s most promising players, Charlotte Grant is aiming for a big season in Red.

Grant, 19, already has two full Westfield W-League seasons under her belt but is now determined more than ever before to solidify her place in the starting line-up.

She made eight starts from a possible 12 matches last season, building on from an impressive 2018/19 campaign where Grant also collected the Club’s Rising Star award.

With ambitions of playing abroad and the FIFA Women’s World Cup 2023 on the horizon, the defender believes another consistent season will be fundamental to realising her dreams.

But the Young Matildas star knows it is a case of taking it one step at a time. 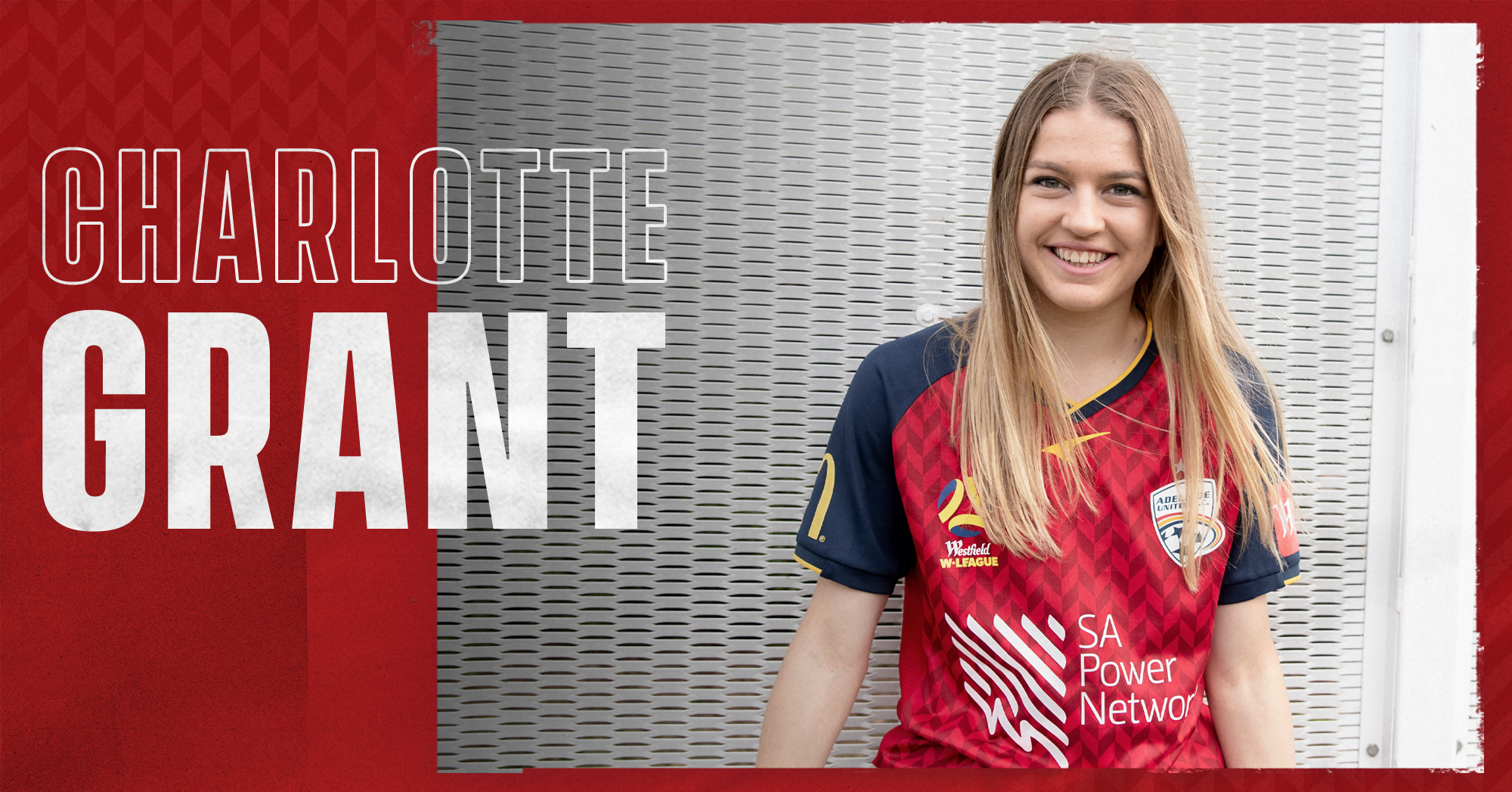 “For me personally this upcoming season, I really want to cement a spot in the starting eleven,” Grant said.

“That’s been the goal of mine ever since I started with Adelaide United and I really hope I can achieve that this year.

“In the future, I really want to play for the Matildas that would be just a dream come true.

“If I could play in the World Cup on home soil in 2023 that would be so amazing and I’d also eventually like to play overseas somewhere in Europe.

“I think the game is growing so much over there, it’s got such high-quality players so it would definitely take my game to the next level.”

Grant’s foray into football started while in primary school and from there immediately fell in love with the game.

“I first started playing soccer at my primary school, Emmaus,” she recalled.

“That was the main sport they offered and my brother started playing and all my friends were playing, so I just had so much fun and ever since I first stepped on the pitch I fell in love with the game.”

However, it was not until a move to Cumberland United Women’s Football Club when Grant discovered the potential opportunities of playing at the elite echelon.

“I think when I first moved to Cumberland United Women’s Football Club,” she said.

“I didn’t realise the amount of women’s teams there were and having that exposure really opened my eyes to go, ‘wow I can play for my country and I do have those opportunities ahead of me’.

“All of a sudden it became a goal of mine ever since I was young.”

Grant soon moved into the state program and spent the next six years continuing her progression with Football SA’s NTC outfit.

In 2018, her final year with the side, Grant scored eight goals in 20 matches in the Women’s National Premier League.

The then 17-year-old capped off the season by claiming the Female Rising Star and Player of the Year before going on to join the Reds soon after.

“That was so surreal winning that award,” Granted reminisced.

“I was so grateful to win that and I wouldn’t have been able to achieve that without the team around me.” 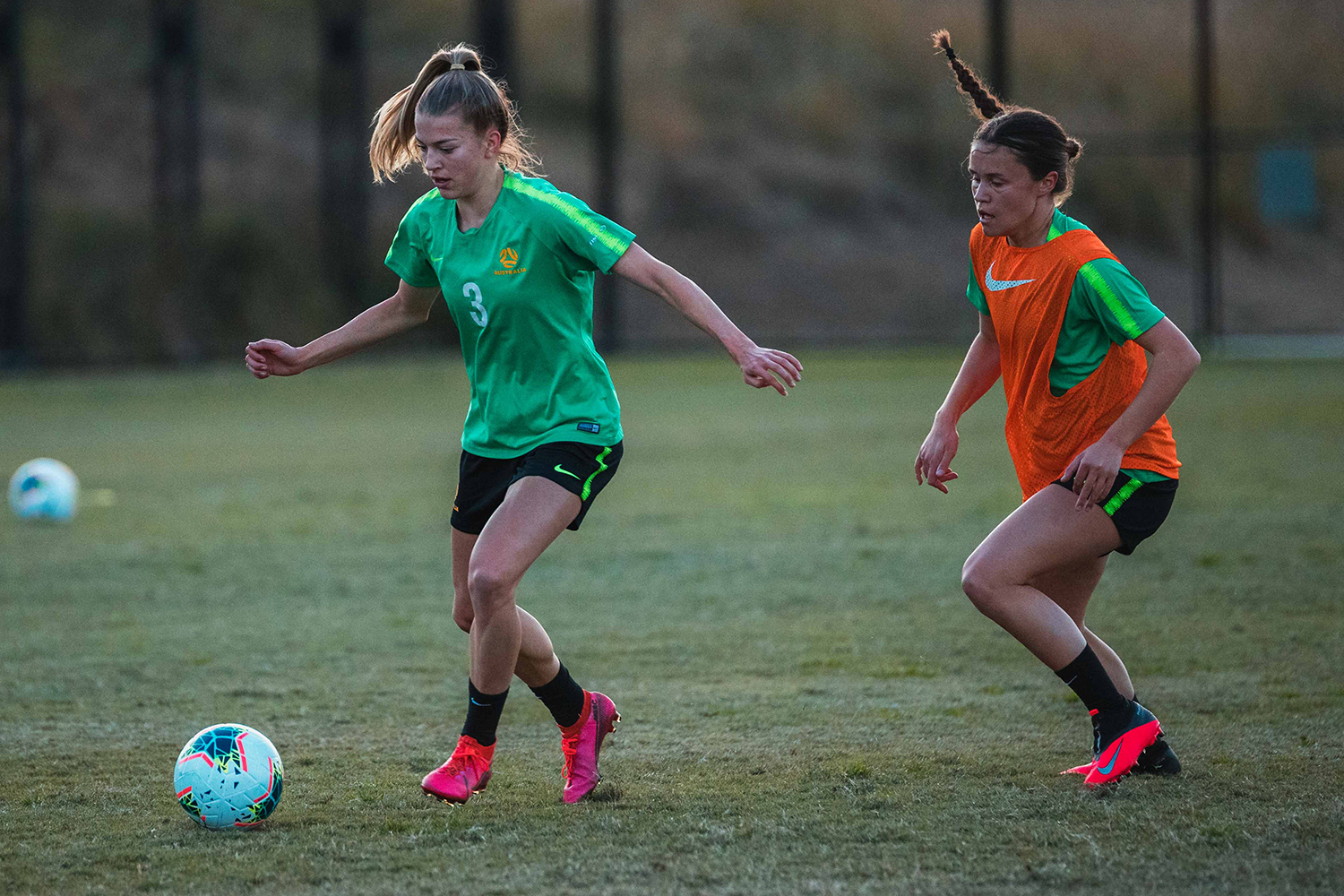 For the second successive year during the offseason, Grant has had the privilege of being a part of the Future Matildas in Sydney.

The program, designed to develop the best young players in the country, admitted it has been extremely beneficial on a multitude of levels.

They train six days a week, while playing with a local WNPL club on the Sunday, in Grant’s case, Blacktown Spartans.

“It’s been an amazing experience at the Future Matildas program,” she explained.

“I think I’ve been able to improve my game on all different sides of the game, mentally, physically, and technically and it’s such a high intensity environment and it pushes me to become a better player.

“Both the staff and the players around me are such high quality and I’m so grateful and honoured that I can be part of that and have the opportunity to lift my game to the next level.”

Growing up Grant also revealed she had and still has a number of inspirations that she looks up to.

But as a fellow defender and full-back there is one player that Grant particularly admires – Matildas prodigy, Ellie Carpenter.

The 20-year-old starlet signed with arguably the most prestigious club in women’s football, Olympique Lyonnais Féminin back in July.

“I’ve had lots of different idols growing up,” she continued.

“It’s so inspiring seeing how hard all of the top-class players work and the sacrifices they make to get to the positions they’re at.

“I really love the way Ellie Carpenter plays, I just think it’s amazing how much confidence she has on the ball and how much she’s grown as a player even though she’s still so young.

“And now she’s playing in probably the best team in women’s football at the moment, and she’s so young, I think that’s amazing and I just idolise her work ethic and how much she’s achieved so far.”