Director of Football, Bruce Djite, admits Carl Veart was the “natural choice” to assume the role as Adelaide United interim Head Coach for the remainder of the Hyundai A-League season.

Veart served as an assistant upon his return to the Club in June 2019 from Football South Australia.

Djite said the former Reds striker’s impact on the Club since his arrival has been extremely positive.

“(It was a) natural choice for us,” Djite said to the media about Veart’s appointment at Coopers Stadium on Monday.

“A legend of the Club, both on the field and off the field in his assistant role obviously in the short time.

“He’s had a very positive impact on not just the playing group but the Club as a whole.

“He was very keen to do it if the opportunity was there. It was always our intention obviously we hadn’t announced anything because there was nothing to announce for.

“… But as there’s a bit of light at the end of the tunnel and I see FFA has come out with an announcement even today, it’s time that we reinstate our football department.

“They’ve all been stood down for the last couple of months and it’s the perfect time to announce Carl and I’m sure he’s looking forward to getting the boys out on the track on Wednesday.” 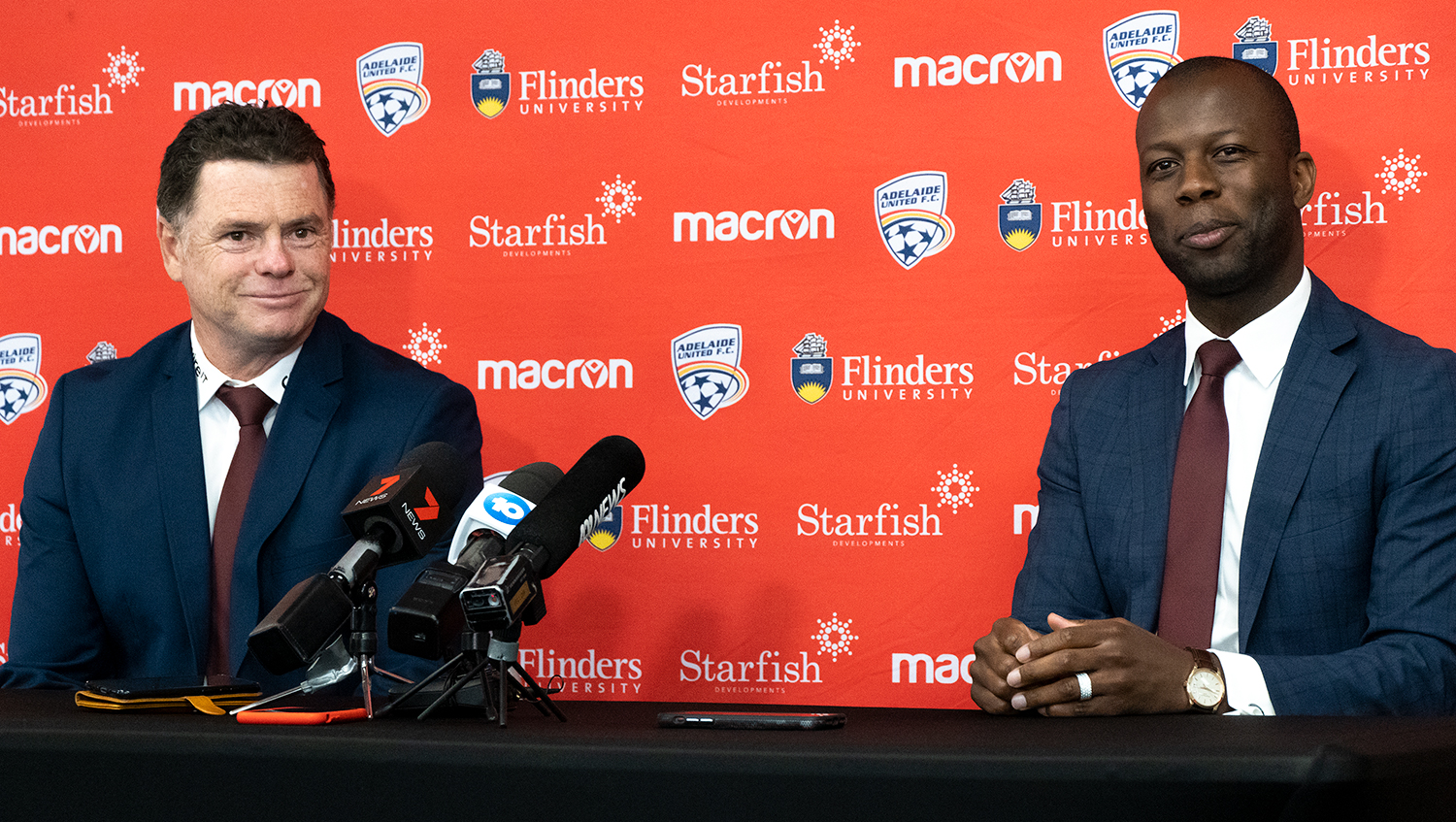 Djite intimated a solid display by Veart in the remaining regular season matches, which are expected to begin from mid-July, would give him an advantage for the permanent role.

However, he was quick to stress that the recruitment process for a new Head Coach will continue with the Club already receiving a substantial number of applications.

“I think it’s certainly a dress rehearsal if you like for the full-time role,” he explained.

“There’s no doubt if the Club makes the finals and the team wins five games in a row, naturally Carl’s put his best foot forward and will probably get the role.

“But I don’t want to speculate on that too much, we are continuing through the process as per normal and we’ll make that decision in time.

“But certainly it’s a fantastic opportunity for Carl to prove that he warrants the role full-time.”