Adelaide United is delighted to announce the signing of attacker, Domenic Costanzo, on a scholarship contract ahead of the upcoming A-League 2020/21 season.

Costanzo has been a revelation for local National Premier League (NPL) side, Croydon Kings, this season, scoring a league-leading 14 goals in 18 matches under his father’s tutelage – Reds legend, Angelo Costanzo, who is the Kings’ current Head Coach.

The 18-year-old Croydon product had previously been in the Reds’ youth team, playing in the Foxtel Y-League 2018/19 season and later featuring 13 times and scoring two goals in last year’s NPL.

Costanzo is the first father-son combination in the Club’s history after Angelo accumulated 92 appearances between 2005 and 2009.

Speaking on signing his contract, Costanzo said: “Playing for my hometown Club means the world to me.

“I grew up supporting the Reds because my dad obviously spent a number of years with Adelaide and I’m hoping to get to that level myself.

“Making my debut would be really special, but I know that will only happen through hard work and if I perform at my best regularly.

“I want to thank everyone at Croydon Kings for allowing me to continue my development at a very high standard in their NPL team and I wish them the best for the remainder of the season.

“Now I’m really looking forward to getting started with United’s pre-season and to having successful years to come.” 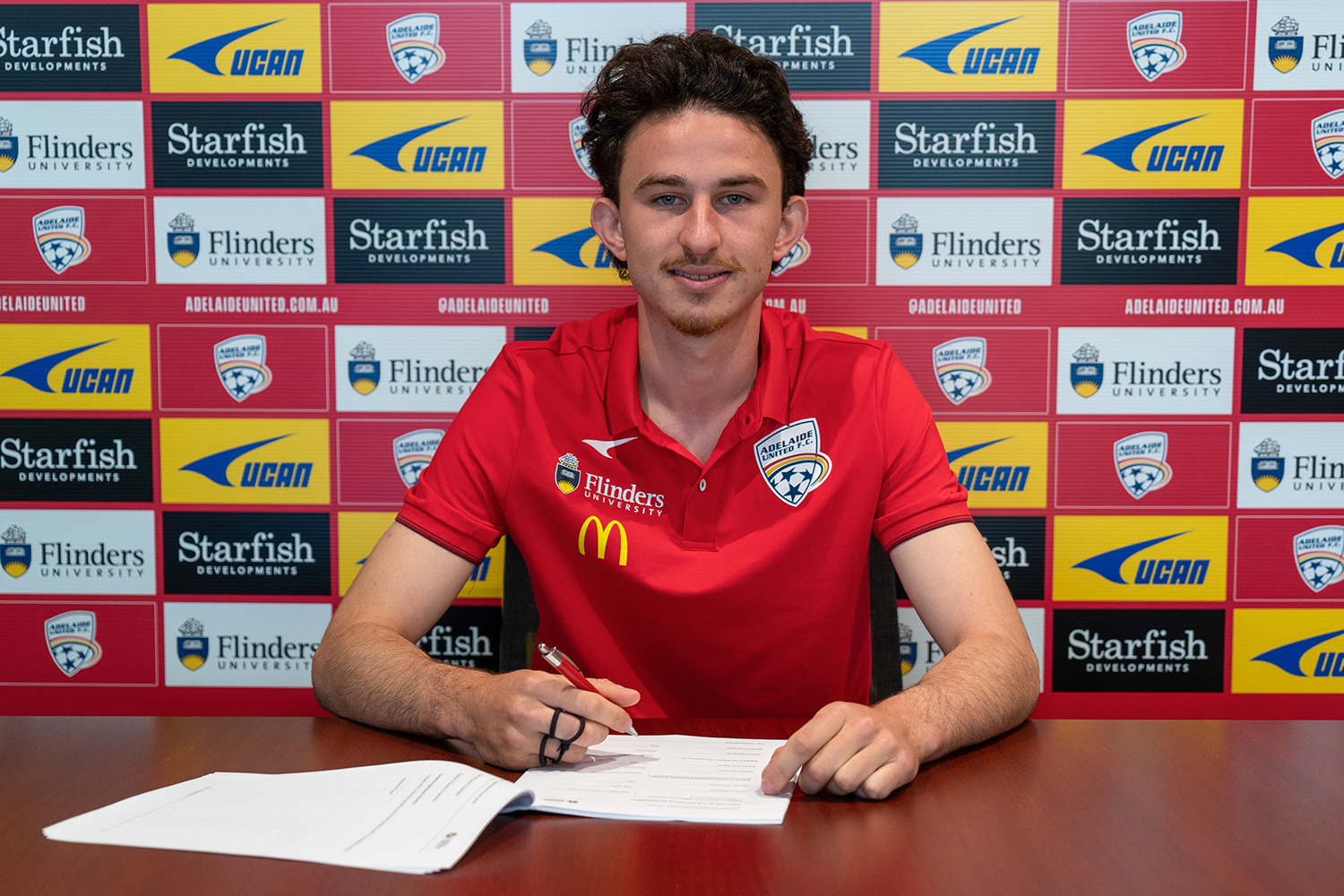 Adelaide United Director of Football, Bruce Djite, said: “Domenic is a very talented young player and he has been the best player in the NPL throughout this season.

“He was previously in our youth team but returned to his local club, Croydon, where he has flourished, getting consistent game time and scoring regularly.

“He’s a prime example of perseverance in the sense that he followed our advice and went away, played regularly, maintained his lofty standards, and has come back a more mature and accomplished player.

“In recent years the Club has increased its focus on our own youth players, as well as the players competing in the local NPL.

“It is clear that if players in our youth team, or in the NPL, are performing consistently well, they have a legitimate opportunity to secure a contract here at Adelaide United.

“We’re thrilled to have signed Dom and I’m confident he will only continue to develop, with the benefit of now being in a professional environment and especially under the guidance of Carl Veart.”