Dylan Holmes believes it is an exciting time for Adelaide United Women, following a restructure ahead of the upcoming Westfield W-League season.

Ivan Karlović, previously Head Coach of AUFC Women for the last three years, will now move into the newly formed position of Head of Women’s Football.

His departure from his coaching role means his assistant of the past two years in Adrian Stenta will supersede him at the helm.

“We’re so excited that Ivan (Karlović) has been appointed as football director for the women,” Holmes said in an interview with AUFC Media.

“I think that because he has such a comprehensive knowledge of the women’s game in Adelaide and also with the team, I think he’ll do some really amazing work behind the scenes that maybe before he wouldn’t have been able to do as head coach.”

The 23-year-old midfielder believed the Club’s decision to establish the new role dedicated to improving the women’s program is a massive step forward.

“I think it’s so important, I think it really makes us feel really valued within the Club to have a resource dedicated just for us,” said Holmes, who plies her trade in the offseason for Adelaide City in the Women’s National Premier League.

“The fact that it’s Ivan, I think is really cool because he knows us all so well and he really looks out for our best interests.” 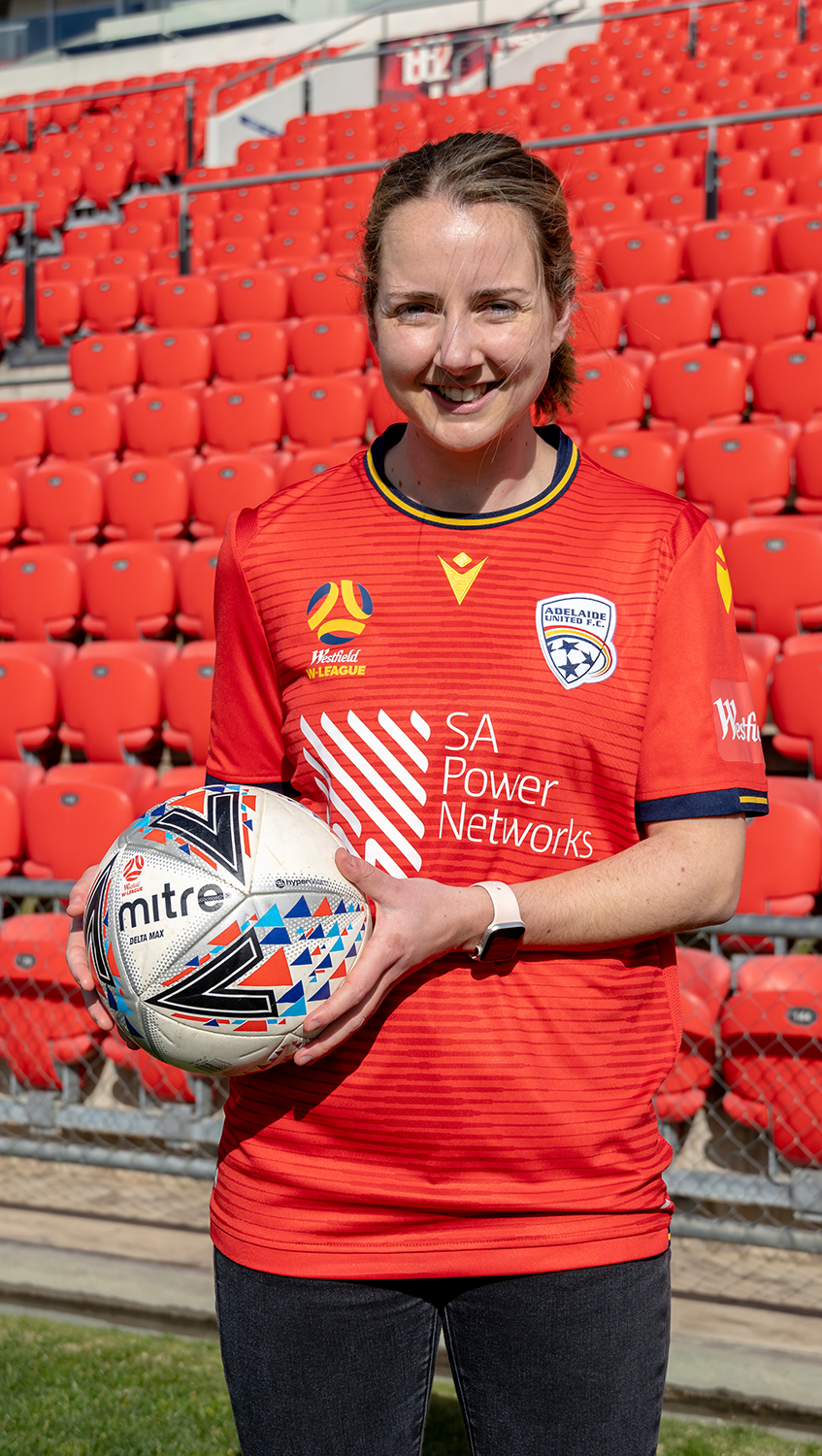 Holmes believed Stenta is well-equipped for the Head Coach role and felt his appointment maintains the stability in the team, given he is a familiar face.

“He’s obviously been our assistant for the last couple of years,” she said.

“So he knows us really well, and we know him really well and I think it’ll be really great in terms of the continuity of the program. And how I’ll style of play will hopefully remain fairly similar to what it has been in the past.”

Holmes has been a mainstay in the Adelaide midfield during her second stint with the Reds, featuring in every available match since returning ahead of the 2018/19 campaign.

And with a squad boasting a strong core of South Australians that have been together for a few seasons, Holmes was adamant they can take the next step and secure an elusive finals appearance.

“I think we have an advantage of having such a young group that’s been together for a few years now,” she after first debuting for the Club in 2014.

“And we’re starting to get some good experience in the W-League, so hopefully this year we can take it one step further and hopefully make finals.”