FFA Cup Round of 32 Preview: REDvADL

Guillermo Amor has said he trusts his players to get the job done against Redlands United in the Westfield FFA Cup Round of 32 on Wednesday night.

With Adelaide United set to field a youthful side against Redlands United in the Westfield FFA Cup Round of 32 on Wednesday night, Head Coach, Guillermo Amor, believes his side can do what’s necessary to advance to the next round.

According to Amor, who was named last season’s Hyundai A-League Coach of the Year, his team can overcome the challenge Redlands will pose primarily through the winning mentality he instilled within his players at the beginning of his reign at the Reds’ helm.

It’s the same mentality that revolutionised Adelaide after eight games in the 2015/16 season, when the Club was seemingly written off from having any claim in obtaining silverware. Twenty-one matches later, his side were rightfully crowned Hyundai A-League Champions after already securing the Premiers’ Plate.

But whilst this positive mind-set will be undoubtedly key, Amor also alluded to how crucial it will be for his team to realise all their achievements last season effectively count for nothing in a new season where “everyone starts from zero”.

“It is true that we are going into the game (against Redlands United) with some very young players, but these are all good players,” Amor said. “Our players know how to play our football and they’ve all worked together for some time now.

“We are confident going into this game and it’s important for us to keep our winning mentality in our minds so we can win this match.

“All the games in the FFA Cup are like finals and we want to win this competition – like every competition that we’re in. 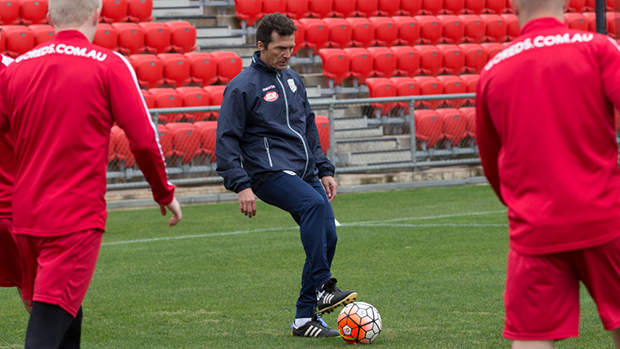 “It’s important for us to go there positively and with a good mentality to win the game.

“This is the first game of our new season and we must (be aware) that what happened last season is in the past.

“We start this season at zero like every team and we go again. It is very important for us to remember this and to refocus on what we are trying to achieve.”

The Club’s Captain, Eugene Galekovic, echoed his boss’s thoughts, but also reinforced the importance of trusting the players starting on Perry Park against Redlands with being able to lift to the occasion.

“All week the focus has been for whichever players that will play, they need to get the job done. It’s as simple as that,” Galekovic claimed.

“That’s all we can worry about and we’re heading to Brisbane in positive spirits, looking to get into the next round of the competition.” 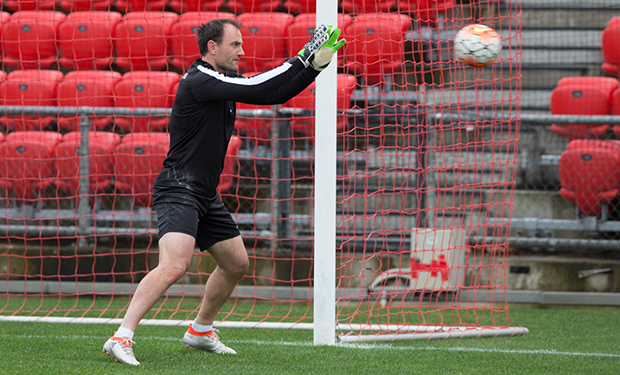 On top of this, the Reds’ No. 1 said he and his other experienced counterparts would rally those that are less experienced in the squad, ensuring each individual plays their role.

“Defensively we have a lot of experience, but probably the front three is a bit younger or they’re playing slightly out of position.

“We’ve always said our defending starts at the front and our attacks start at the back.

“If we play our way, and play out from the back, I think it can make it easier for the front three.

“Our boys with more of the experience will try and help out the lesser experienced guys as much as possible.

“There’s a role to play for everyone and our aim is to play them.”