Adelaide United cruised to a 5-0 win over the Northern Demons on Sunday afternoon, in what was the Club’s first official pre-season friendly ahead of the 2016/17 campaign.

The Reds travelled to Port Pirie for their first pre-season hit-out at the weekend, coming up against the Northern Demons on Sunday afternoon at Byrne Park.

With approximately 2,000 locals turning out in force to see the Hyundai A-League Champions take on the State League Two side, United put on a confident display against testing opposition.

Despite the scoreline, however, the Demons tested United on a number of occasions and almost caught out Eugene Galekovic in the opening stages when the hosts pounced on a stray ball from the Reds’ backline.

In the first-half Jordan Elsey partnered Dylan McGowan at the centre of United’s defence, while the midfield was anchored by Isaias with help from the Reds’ newest recruit, Jesse Makarounas, and triallist, Alex Mullen.

The Reds moved the ball very fluently despite the bumpy surface, which allowed Ochieng, Ryan Kitto, and Ben Garuccio to consistently attack the Demons’ defence from wide positions. Elrich was also a menace on the wing and linked-up well with Ochieng a number of times. 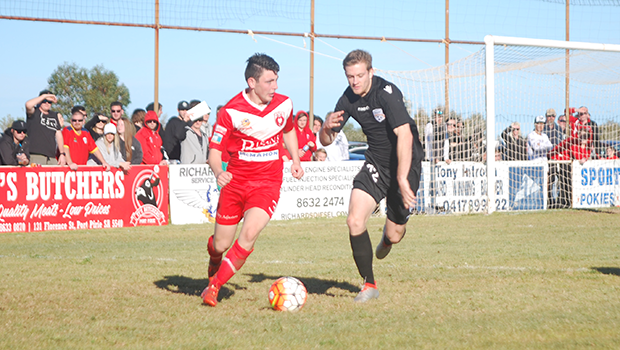 The score remained level, though, even after Adelaide were gifted an opportunity from the spot in the 19th minute when Kitto was brought down clumsily in the box. Makarounas stepped up to take the spot-kick, however his effort was saved well by Demons’ ‘keeper, Nathan Brook.

Adelaide eventually found a breakthrough, but had to wait until the closing stages of the first half. In the 45th minute, Marino popped up at the far post to send a looping header into the back of the net, giving the Reds some breathing space as they went into the break.

When play resumed, spectators didn’t have to wait long for United’s second, Ochieng rifled a low, right-footed drive into the far corner seven minutes after the restart.

Play settled for a while as the Demons grew into the match before a flurry of late goals rounded off the Reds’ overall dominant performance.

Djite finished off a fantastic move from Adelaide when he tapped home a Marino cross from the right flank. But the goal was created through a sublime cross-field long ball from Marcelo Carrusca that sent Marino gallivanting up the wing in acres of space.

Elrich was next to turn provider in the 86th minute when he found space to cut-back for the arriving Mullen, who bundled the ball home.

Three minutes later, Elrich got his own name on the scoresheet, smashing an unstoppable right-footed strike into the top left corner.

Following the match, United Head Coach, Guillermo Amor, said he was very pleased with the attitude and performance of his side, saying they played good football against a tough Northern Demons team.

“I am very happy with the way our team played today,” Amor said. “This weekend for us has been very good and different for us as a team, but we finished off our trip very well with a good win.

“It was very important for us to win today and we did so by playing some good football. 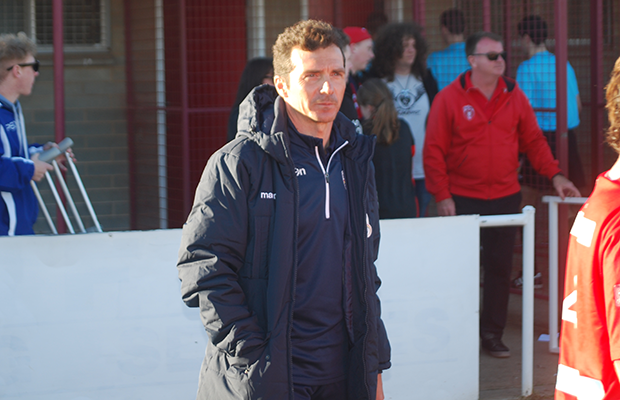 “It’s always difficult to play the first pre-season game, but the attitude of the team was fantastic, even with some difficulties that we faced.

“Northern Demons worked very hard in the game and you could see they (were determined) to play attractive football, which is very important.

“We can build on this performance and we will also learn from it for our next games.”