Following German Marco Kurz’s appointment as Adelaide United’s new boss for the next two seasons, here are five things to know about the 48-year-old.

Marco Kurz represented a number of top Bundesliga clubs during his 15-year career in the German top flight, which saw him amass 299 appearances and score six goals. The defender began his professional career with VfB Stuttgart in 1989 before spending four seasons with 1. FC Nurnberg from 1990 to 1994.

Ahead of the 1994/95 campaign, he signed with Borussia Dortmund, coached by the legendary Ottmar Hitzfeld. But after one year with the BVB moved to fierce rivals FC Schalke 04. Kurz would spend three years with the Royal Blues and then completed a switch to TSV 1860 Munich in 1998.

Not only was Kurz a regular at a number of the clubs he played for, he was also fortunate to have lifted some silverware. During his one season with Dortmund he won the Bundesliga title in 1995 as well as winning the DFB Supercup Final 1-0 against Borussia Monchengladbach – coming on as a last-minute substitute. During his time with Schalke he tasted success by clinching the 1997 UEFA Cup Final, under Dutch coach Huub Stevens, on penalties against Inter Milan at the San Siro. 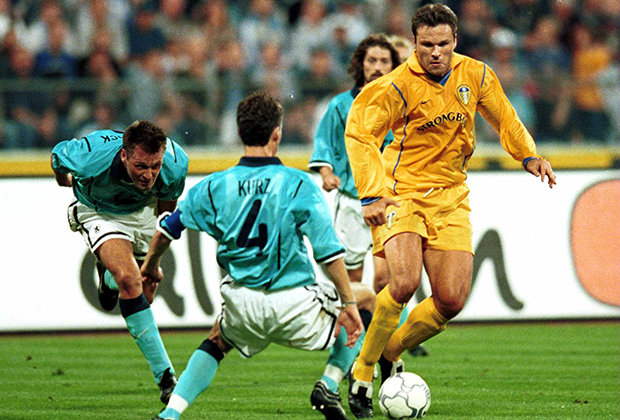 Played with some phenomenal teammates

Kurz had the pleasure of gracing the football pitch with several top-class footballers. At Dortmund he played with the likes of German stars Matthias Sammer, Andreas Moller, Lars Ricken and Czech Republic star Patrik Berger. Meanwhile, at Schalke some of his teammates included goalkeeping sensation Jens Lehmann and Belgian striker Marc Wilmots.

Following his retirement from football in 2005, Kurz went into coaching and has managed over 250 games. He began coaching at SC Pfullendorf in the then third division of Germany and continued to learn his craft with the 1860 Munich second team, and was subsequently awarded the senior role.

After two years he joined FC Kaiserslautern, enjoying immense success which was followed by short spells with Bundesliga outfit Hoffenheim in 2012 and second-tier sides FC Ingolstadt and Fortuna Dusseldorf.

Kurz was named coach of the Red Devils in June 2009 with the club, desperate to return to the Bundesliga after a four-year absence. Kurz duly delivered and guided Kaiserslautern to promotion finishing the campaign top of the table. In the 2010/11 campaign, his first-ever season as a coach in the Bundesliga, he led the team to a remarkable seventh placed-finish – finishing the latter half of the season strongly.