Adelaide United Captain, Eugene Galekovic, has pleaded with fans to stick by the underperforming Reds with crucial matches still to come in their season.

The reigning Champions suffered their second 4-0 defeat in the space of three weeks on Boxing Day as Sydney FC ran riot at Coopers Stadium.

Almost 12,000 home fans turned out in support of United, who are now a match and three points behind ninth-placed Central Coast Mariners.

“The fans have been great. We need them to keep coming and supporting us,” Galekovic told Fox Sports.

“We’re going through a tough spell. We know that.

“As a playing group we’ve got to stay positive and regroup. We’ve still got important games to play.

“We still believe we can make finals and we’ve got the (AFC Champions League) coming up as well, so there’s still a long way to go.” 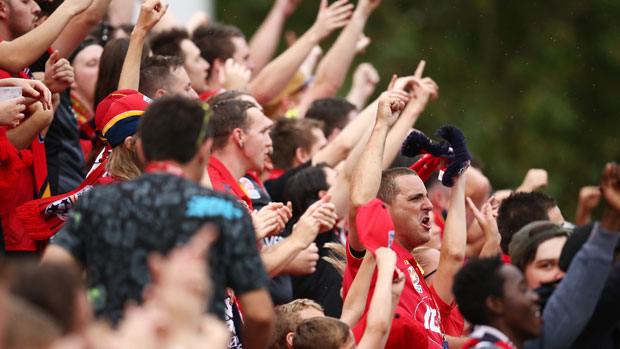 Having become champions for the first time in May, Galekovic found it tough to summarise his team’s fall to the bottom of the Hyundai A-League ladder.

“It’s hard to digest. Copping four goals at home, I’m not sure we’ve done that before,” the veteran goalkeeper said.

“Credit to Sydney, they’re good, they’re on top of the ladder for a reason. Today wasn’t great for us.”