After Craig Goodwin’s decisive goal helped Adelaide United record a second clean sweep over Melbourne Victory since the A-League’s inception, the winger is hoping the Reds can build momentum heading into an impending finals series.

The 29-year-old was delighted to come away with three points against their fierce rivals, but stressed they must continue to improve.

“It’s our Original Rivalry but obviously for this season to win all three games is the first time we’ve done it since the first season that Adelaide United existed (in the A-League).

“So I think that’s a very special thing for the Club but now we have to look forward to Sydney and Western Sydney as well.”

Adelaide currently lie in third spot on 38 points and trail second-ranked Sydney FC by three points ahead of hosting the Sky Blues at Coopers Stadium on Saturday night.

Two wins from its remaining two matches will give them the best chance of a second place finish. 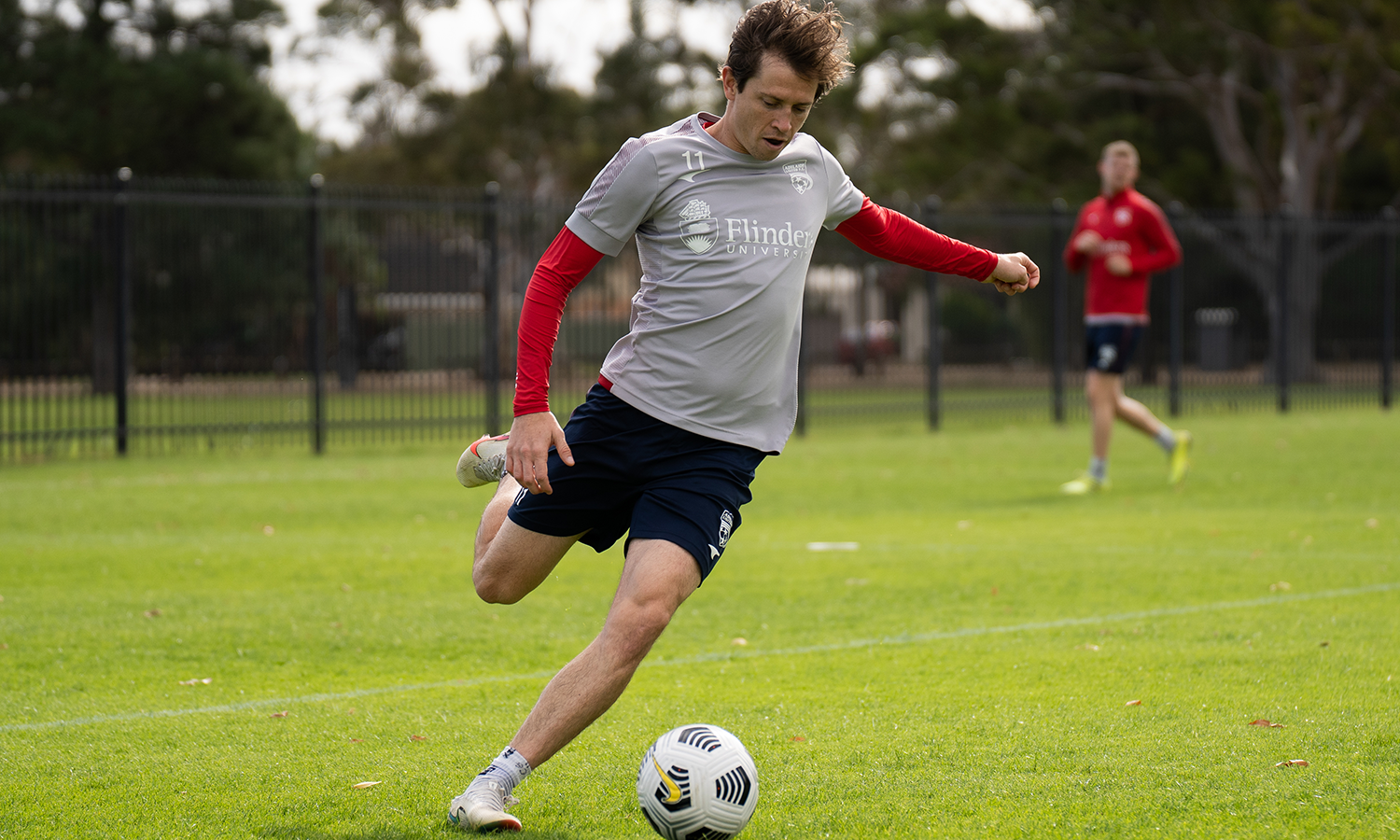 Goodwin said finishing in the highest possible position on the table was the ultimate goal.

A top-four berth will also guarantee the Reds at least one home elimination final.

“Obviously we’re in a decent position and our outlook is trying to fight for that second spot,” he said.

“We have to look below but the two games we have are against Sydney FC and Western Sydney and they’re both at home.

“We just have to do that and see where we’re at.”

One facet of United’s game that Goodwin acknowledged must improve is being more clinical in front of goal.

Adelaide has not scored more than one goal in its previous seven games.

They dominated many of those matches but were punished because of its inability to convert its chances when they had the ascendency.

“It’s probably been quite a few games this year, particularly the last run we’ve had,” he continued.

“Probably the last seven or eight games we’ve created lots of chances, but haven’t been able to put them away.

“But the good thing is we’re getting in the right areas, so if we can find the finish I’m sure we’re not far away from a game that’s going to be three or four goals.”