An injury-time goal from striker Baba Diawara has seen Adelaide United come away with a well-deserved 3-3 draw against Gamba Osaka in a pulsating AFC Champions League Group H clash on Tuesday night.

Trailing 3-2 in the dying moments, Diawara produced an excellent header to salvage a point for the Reds, a result which could prove decisive in their hopes of making the ACL knockout stage.

It was an incredible fightback from Gui Amor’s side who – without suspended trio Dylan McGowan, Taylor Regan and Riley McGree – made a shocking start in Japan.

They conceded twice inside the opening 12 minutes via Shun Nagasawa’s header and a long-range bullet from Ritsu Doan.

But the Reds came storming back and got a lifeline just before the break as Sergio Cirio halved the deficit, before it was all square less than 10 minutes into the second half with youngster Jordan O’Doherty’s fabulous strike from distance scorching into the top corner.

Adelaide then had a let-off as Yasuhito Endo missed a penalty for the home side but an unfortunate own goal from Reds defender Michael Marrone 13 minutes from looked like it would be decisive.

But Diawara had the final say at the death, ensuring the Reds are still alive heading into the final group match at home against runaway Group H leaders Jiangsu Suning on Tuesday, May 9.

From a corner, Yasuhito Endo’s pinpoint delivery picked out the run of Nagasawa at the near post, getting to the ball just before keeper Eugene Galekovic to glance his header into the net. 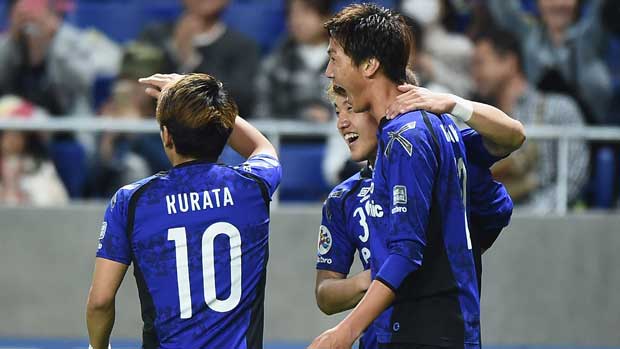 There appeared little threat as Doan had the ball more than 25 metres from goal to the right of the Adelaide box. But he unleashed a bullet shot that dipped and caught out Galekovic at his near post. A howitzer!

Baba Diawara capitalised on a defensive slip to drive into the box before cutting the ball back to Cirio 10 yards from goal, with the Spaniard finishing clinically into the far corner.

Diawara was again involved, picking up the ball just outside the box before laying it into the path of O’Doherty. And the youngster did the rest, hitting a wicked swerving shot into the top corner. 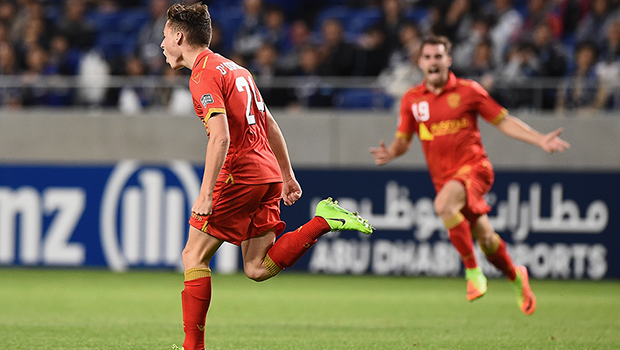 Oh Jae-Suk went on a marauding run down the right flank before crossing to the near post, where the ball was missed by Nagasawa only for Marrone to divert the ball in off his leg.

Diawara glances his header to the back post to equalise from Ben Garuccio’s superb free kick in a dramatic finish.

Just moments after the Reds equalised, the home side had a great chance to go back in front when they were awarded a penalty after Ben Garuccio’s foul on Oh Jae-Suk. But Endo blazed his spot-kick high over the bar to let Adelaide off the hook.