Head Coach, Guillermo Amor, said he was thrilled with Adelaide United’s gritty 3-1 away win over Jeju United in the AFC Champions League on Tuesday night.

The Reds had to secure the three points in order to have any aspirations of reaching the last 16.

Kim Jae-sung opened the scoring in emphatic fashion for United with a thunderous effort from outside the box, before Magno Cruz replied a minute later.

However, a valiant second-half performance ensured Adelaide would live to fight another day, thanks to goals from Dylan McGowan and Riley McGree.

Amor admitted he was pleased with his players’ display under extreme pressure.

“I feel very well with the result,” Amor said.

“It’s normal when you win you’re more happy and content and we know it’s very difficult to win these kind of games.

“In the Champions League away (from home) and in this situation.

“For us it’s a good result and we must enjoy it in this moment.”

The Reds scored a prolific six goals in their two group matches against Jeju, but have struggled to find the back-of-the-net with consistency overall this season. 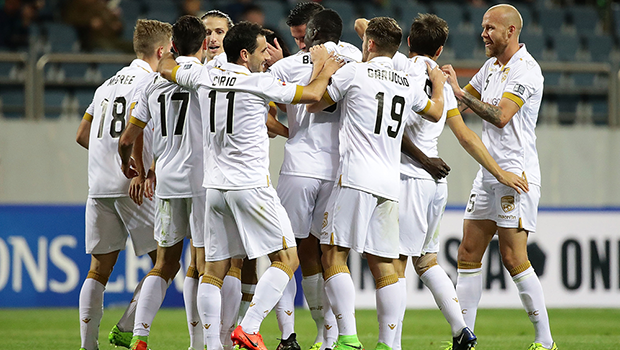 Amor said it was convenient the South Australians were able to take their chances in such a huge game.

“To have opportunities to score goals, sometimes the ball goes in (sometimes it doesn’t).

“Today the goals arrived, at home against Jeju the goals also arrived.

“So it’s true that we scored six goals against Jeju.”

“In this moment our aim is to win every game,” he continued.

“The second place is for the other teams (in the group).

“We go to Osaka after this, it’s true it’s a big opportunity, but we know in Osaka it will be similar to today.”

Adelaide United host Western Sydney Wanderers in Round 27 of the Hyundai A-League 2016/17 season on Saturday, 15 April at Coopers Stadium. Kick-off is at 7.20pm ACDT.