Adelaide United Head Coach Guillermo Amor and midfielder James Holland admit they cannot wait to begin the Hyundai A-League 2016/17 season ahead of the side’s opening match away to Newcastle Jets.

The Reds come into the new campaign as reigning Champions after clinching an historic Premiers’ Plate and Championship double last season, looking to replicate the incredible feats of the previous year.

However, despite the added pressure of being the defending title holders, boss Guillermo Amor insists the focus must now turn to this season and the clash against the Jets.

“The feeling is good, we want to start the season and prepare well,” Amor said. “Our thoughts are to begin the match with intensity and to get the three points.

“We want to start the season with a positive result, this is the most important thing now.

“We’ll take it game by game and we’ll work a lot.” 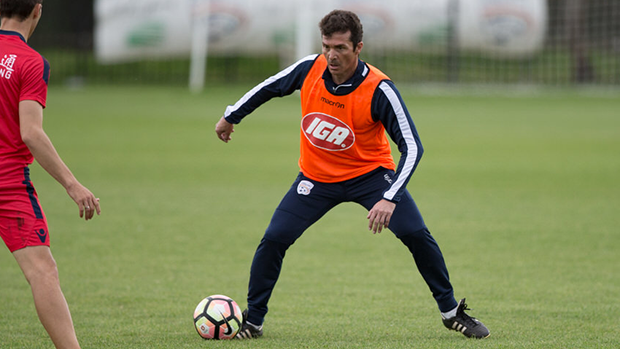 And with several new players joining United during the offseason, Amor says he is impressed with how quickly they have adjusted in their new surroundings and further revealed he was not looking to make drastic changes to the team’s system.

“The players have assimilated quickly to the system and understand their roles,” Amor continued.

“But he (Holland) can play a number of positions and has a lot of experience in Europe and I like his mentality. He likes football, he likes training.”

Adelaide are currently undefeated in their last 10 away matches, and have also kept Newcastle scoreless in their five previous Hyundai A-League meetings, something Amor’s men will hope to prolong.

Reds midfielder, James Holland, who incidentally spent two years with the Jets before embarking on a career in Europe, could also not hide his excitement about playing his first competitive match with Adelaide.

“Yeah it’s good and obviously I’m really looking forward to getting started,” Holland said. “Obviously there’s a bit of a buzz around the club from last season and I’m hoping I can hit the ground running and fill the void that a few of the players have left.

“I want to perform at my best every week and I think for the (other) players it’s the same. We just want to do our best and obviously we play to win.”

Holland also admitted the recent success the club has experienced was a major influence in his decision to sign for United. And, now that he’s with the Club, his goal is to fit in seamlessly with his new side, staring against the Jets in Round 1. 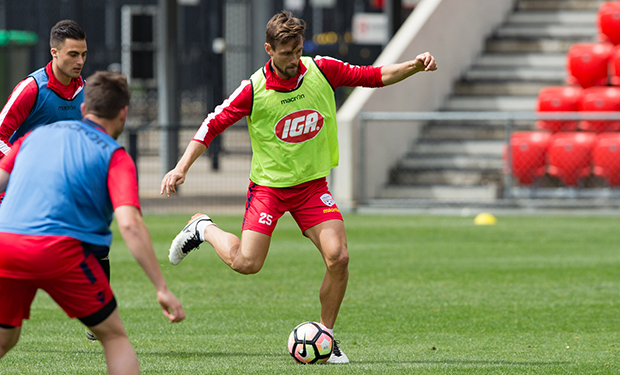 “The success of the last season was definitely a big factor, obviously I spoke to a few of the boys that I know in the team regarding the coaches, the training, the atmosphere, and the environment was important… but obviously seeing players do well here was a big factor.”

“I want to complement the team as much as I can and obviously that’s something I’m trying to work out with myself and the coach.

“We’re constantly talking about it at training, and trying to get used to the players around me and seeing where I can help the team most.

“I expect a good game (in Newcastle) and I want to perform, obviously like I said, I’m still trying to feel my way round the team a little bit.

“Hopefully it can just click and get used to the players around me, especially working with Isaias and Sergi (Guardiola) knowing what type of runs he makes.”