Adelaide United Head Coach, Guillermo Amor and midfielder Marcelo Carrusca are expecting nothing less than a win, ahead of the Reds’ Remembrance Round clash against Brisbane Roar at Coopers Stadium on Friday.

The Reds are yet to win a match this season and will be desperate to change their fortunes against a Brisbane side high on confidence after three consecutive victories.

Adelaide suffered a frustrating a 2-1 home loss against the Central Coast Mariners last weekend, while the Roar beat Melbourne City 1-0 at Suncorp Stadium.

However, Reds boss, Amor revealed he was impressed by his players’ reaction during training this week, insisting the squad remains upbeat despite the Reds’ winless streak.

“The work at training this week was fantastic with the players, the reaction was fantastic at training,” Amor said. “Yesterday and today training was very good, the team is concentrated for the game and this is very important.

“It’s difficult to stay confident after we lose four games but in this moment the team is in a good moment.

“It’s difficult in our situation, our situation is not good we’re last in the table with one point and we need to recover a lot of things.

“Winning tomorrow (against Brisbane) tomorrow is the most important thing.” 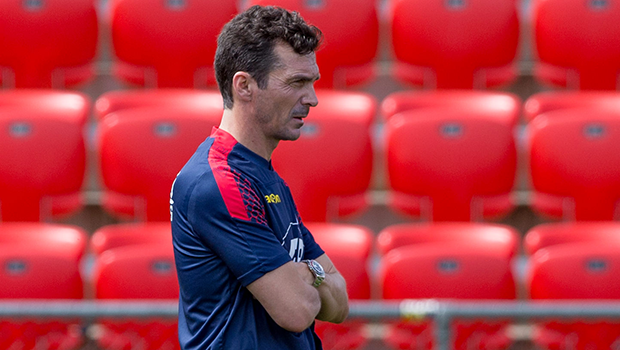 Adelaide have registered wins in their previous two encounters with the Roar and will be looking to secure a third successive triumph against the Queensland outfit for the first time in the Hyundai A-League.

Moreover, Brisbane’s last match at Coopers Stadium (a 3-0 loss) saw them fail to find the net away to the Reds for the first time since February 2010.

Meanwhile, star midfielder, Carrusca disclosed he is ready to feature from the start, after coming on as a substitute against the Mariners last weekend.

“How the game is playing out, depending if we’re winning or losing, but I feel fit and we’ll see what the coach decides and I’m ready.”

Carrusca also said it was difficult watching the team on the sidelines and being unable to help the Club win, following a foot injury sustained in pre-season which forcing him to miss the first four rounds of the season.

“It’s more difficult when you’re not playing, when you’re on the sidelines you can’t help the team,”

“It’s the worst situation for every football player, but now I’m back and I’m happy.

“Unfortunately, the results are not the best at the moment but we believe in ourselves and we know what we have to do and tomorrow we have to win.” 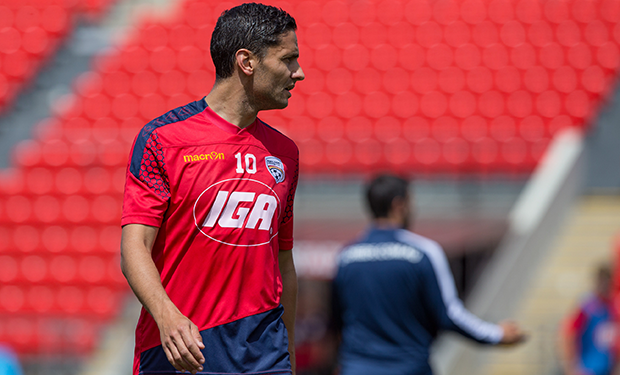 The 33-year-old also stated he is looking forward to the prospect of linking-up with teammate, Sergi Guardiola, hoping to provide the Spaniard with sufficient service in attack.

“I’m very excited to play with him, because we played together in just two or three games in pre-season,” Carrusca continued

“I think it’s not enough (games together) but I’m ready and I’m looking forward to playing with him because he’s a great player very intelligent and I think we can play well together.

“With Sergi (Guardiola) we speak the same language so this is very good (to understand the runs he likes to make), he doesn’t understand much English and it wasn’t easy for him to adjust at the start.”

Adelaide United host Brisbane Roar in Round 6 of the Hyundai A-League 2016/17 season on Friday, 11 November at Coopers Stadium. Kick-off is at 7.20pm ACDT.