The Hyundai A-League 2017/18 season will kick off with a trio of blockbusting rounds featuring a Big Blue (Sydney FC v Melbourne Victory) Grand Final rematch in Round 1, a Melbourne Derby in Round 2 followed by a Sydney Derby in Round 3.

Melbourne City FC will host Brisbane Roar FC at AAMI Park in the opening match of the Hyundai A-League 2017/18 Season.

The following day will see an F3 Derby in the early game at Central Coast Stadium followed by the Big Blue at Etihad Stadium. Sunday’s matches start with Wellington Phoenix and Adelaide United meeting at Westpac Stadium and the first round will be completed when Perth Glory take on Western Sydney Wanderers FC at Spotless Stadium.

“It gives me great pleasure to release the Hyundai A-League 2017/18 Season Draw under a new logo and brand identity,” said O’Rourke.

“Developing this draw has been a challenging process to accommodate the preferences of the clubs, venue availability and also the AFC Champions League 2018.

“We have added a new feature to this season’s draw with all clubs playing each other twice between rounds 1 to 18. The remaining nine rounds will see each club play each other once in the lead-up to the Hyundai A-League 2018 Finals Series. This stretch of nine Rounds will be known as “The Chase” with 27 points on offer in the run home to Round 27.

“This will be the first season of the Hyundai A-League under our new broadcast agreement with Fox Sports who have been a broadcast partner of the competition since 2005 and we are once again look forward to partnering with them.

“We are also very excited about working with our new Free-to-Air partner, Network Ten, who will be broadcasting the Harvey Norman Saturday night match and the Hyundai A-League 2018 Finals Series live.

“All in all, we believe that this draw will set the scene for another thrilling season of the Hyundai A-League,” concluded O’Rourke. 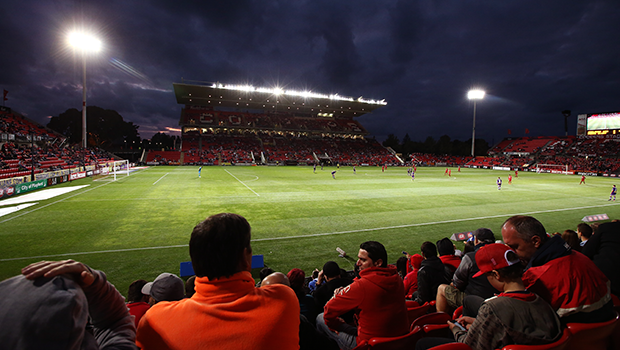 ►All clubs will play in at least one Harvey Norman Saturday Night fixture (kick-off 7:50pm AEST)

Rounds 20 & 22 will be “Split Rounds” in order to accommodate AFC Champions League Match Days with fixtures scheduled as follows: