The Reds’ historic Championship winning squad will have a mini makeover in Season 2016/17.

But the Spanish midfielder, and scorer of that fabulous Grand Final set piece at Adelaide Oval on May 1, has no doubt at all that former Barcelona great Amor is planning transfer swoops, with a winger and a number 8 said to be top of his shopping list. 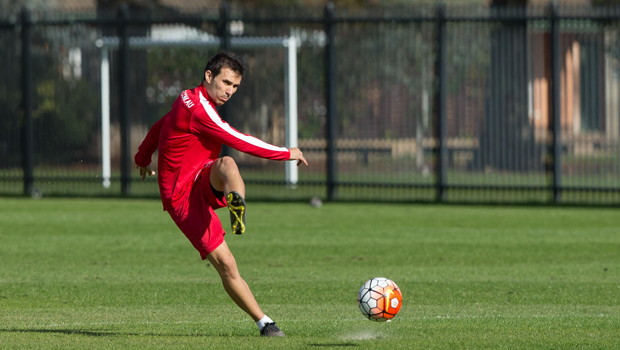 “We know we are missing a very good player [Mauk] but I’m sure the club and the coaching staff are working hard to fill this gap in our squad,” Isaias told reporters on Thursday.

Isaias added being champions will make life more difficult for the Reds this season in the Hyundai A-League.

“You can see Western Sydney two years ago, and Victory last season, it’s hard when you play in this competition. It will make a difference for us.

“But as I said before the coaches are looking at more players to fill these gaps we have in the squad and I’m sure when the league starts we’ll have a competitivesquad.”

The Reds kick off their FFA Cup campaign in two weeks away to Redlands in Brisbane on August 3.

And the Spaniard, in his fourth year at the club, is champing at the bit to play some competitive football. 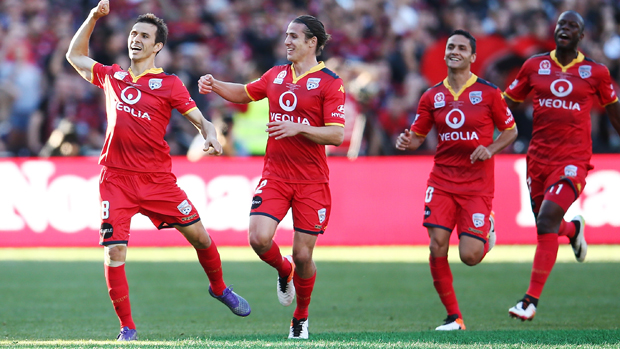 “It’s important to get fit, get minutes, because our next game is in the FFA Cup. When you train you want to play on the weekend…” he said when asked about the rigours of an Aussie pre-season.

However, Adelaide have two key injury concerns ahead of their Cup clash.

Defender Michael Marrone is rehabbing an Achilles injury and midfielder Sergio Cirio is out for eight weeks with a broken bone in his foot following last Sunday’s friendly.

“In these games [in pre-season] you want to get fit but you don’t want to risk [injury]. But I’m sure Sergio will come back even stronger,” said Isaias.