Adelaide United is pleased to advise goalkeeper, Paul Izzo, returned to full contact training today as the squad continued its preparation ahead of the Hyundai A-League 2019/20 season re-start.

Izzo, who was in involved in a car accident on Monday, 15 June, required stitches in his left hand after his vehicle collided with a tree.

The 25-year-old underwent a series of medical tests in hospital but was cleared and subsequently given the greenlight by doctors to resume physical activities.

Izzo recounted the accident and said he is thankful he was able to walk away from the collision with only minor injuries.

“I was on the way to do my COVID-19 tests at our Training Centre,” Izzo explained. “And on the way I stopped at some lights and felt quite ill, so I thought it was best I should pull over.

“But on the way to pulling over, I started feeling a bit nauseous and my vision became blurry.

“Eventually I just woke up and I was in my car, and I remember a motorist coming over to see if I was okay.

“I was pretty lucky considering the damage that happened.” 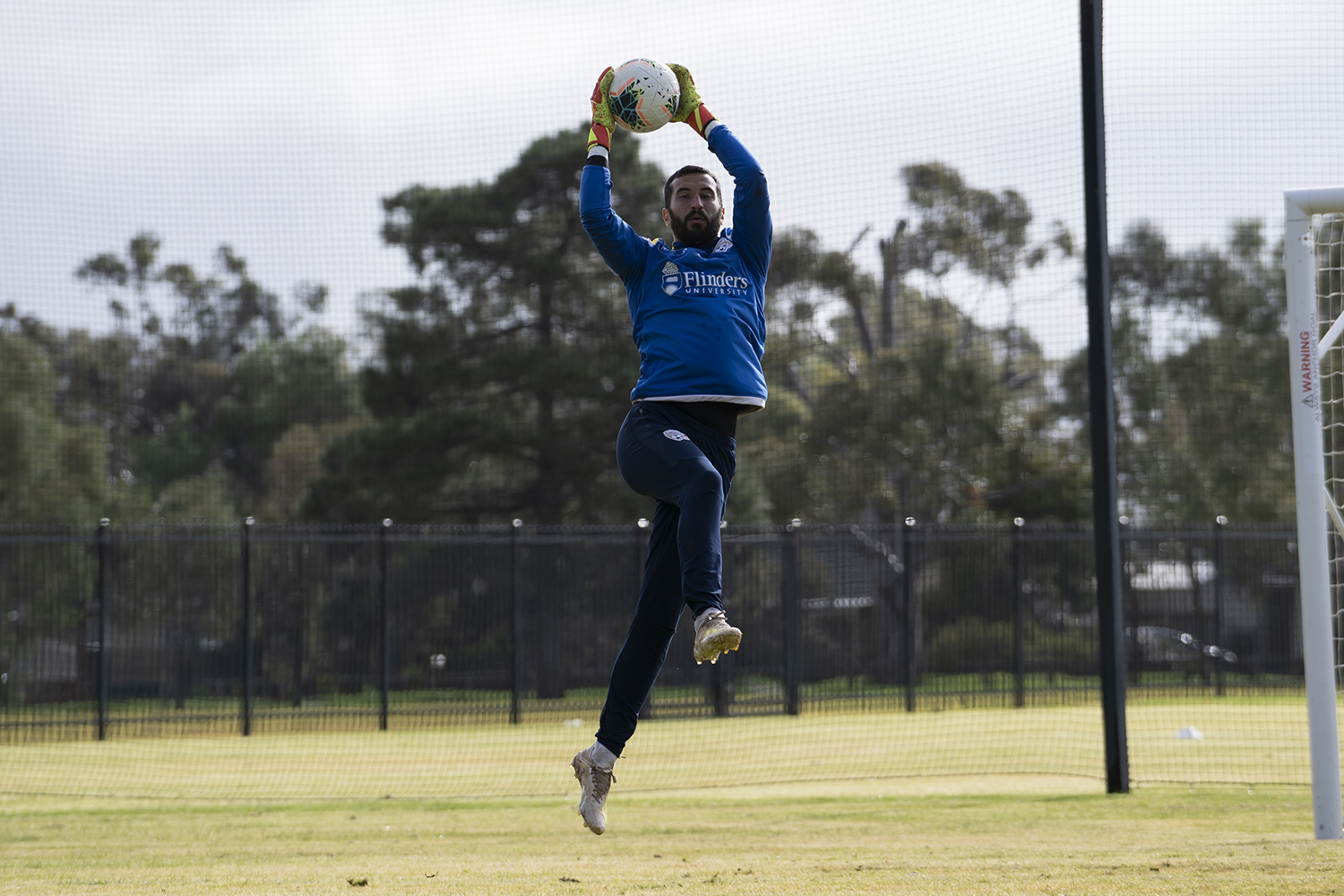 Izzo said he was thrilled to return to full contact training after making a complete recovery.

“It felt good to be back in full training and be properly amongst the boys again,” he said.

“The hand felt really good after training and I’m confident it will only get stronger.”

Head Physiotherapist, Nafyn Pattiaratchi, said Izzo’s hand has healed extremely well and was impressed with the players’ fitness levels and how sharp they have looked in training.

“Paul’s hand has made great progress and returned to his first full contact training session this morning,” he said.

“After passing all his medical tests we continued to monitor him closely and ensure we didn’t rush him back too early.

“Moving forward, we will be keeping a close eye on Paul’s health to ensure this situation doesn’t occur again.

“As for the rest of the squad, the players’ fitness and endurance levels have been particularly good following such a lengthy layoff.

“The intensity in training will gradually increase ahead of the resumption of the league, but we are very pleased with the shape the squad returned in three weeks ago as many did individualised programs.”

The Club will respect Izzo’s wishes and make no further comment regarding this matter. Izzo’s sole focus will now turn to the remainder of the 2019/20 season.