James Jeggo from Adelaide United, has been named the NAB Young Footballer of Year at the Hyundai A-League & Westfield W-League 2014/15 Awards night which were held at the Carriageworks in Sydney tonight.

James Jeggo from Adelaide United, has been named the NAB Young Footballer of Year at the Hyundai A-League & Westfield W-League 2014/15 Awards night which were held at the Carriageworks in Sydney tonight.

Having played his junior football at the Green Gully club in Melbourne, Jeggo signed with Adelaide United after spending the last three seasons with Melbourne Victory. 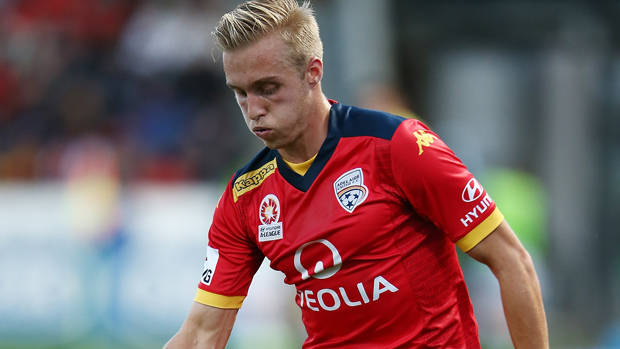 Speaking shortly after receiving his award, Jeggo was honoured to be named the NAB Young Footballer of Year for 2014/15.

“What can I say I’m speechless.

“To be recognised in the company of Jamie (Maclaren), who I grew up playing with, Brandon (Borello), Terry (Antonis) and Tomi is an amazing achievement

“Firstly I have to thank Josep (Adelaide United Head Coach) for giving me the opportunity to join Adelaide this season, my teammates who have worked so hard on and off the field and all the fans who have supported us this season.

“Also, I would like to thank NAB for sponsoring this award and continuing to recognise the achievements of young footballers in Australia.

“Hopefully I can continue to improve and play even better next season.” 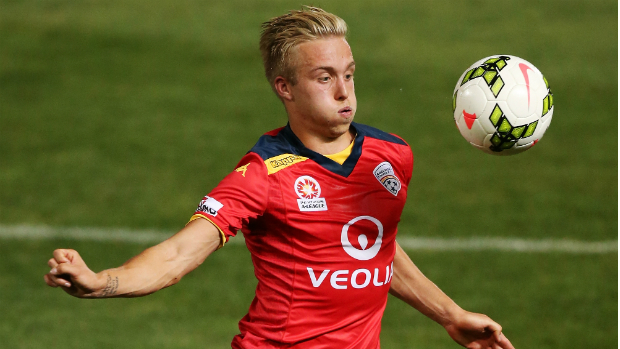 “As a supporter of the NAB Young Footballer of the Year Award, NAB is proud to play an important role in recognising and rewarding the stars of tomorrow.” Mr Steve Shaw Retail General Manager, Victoria and Tasmania said

“We are delighted to present James with a $10,000 personal investment portfolio along with a Private Client Manager through NAB Private Wealth ensuring his financial goals both now and into the future are realised.

“It was also fantastic to provide James’s junior club, Green Gully Soccer Club, with a NAB Club Recognition Award upon his nomination. We hope that the resources, both practical and financial, assist them in developing more stars of Australian football.

“We hope to one day see him kitted out in the famous green and gold representing the Socceroos.” Mr Shaw continued.

Jeggo will receive a $10,000 NAB personal investment portfolio, along with a NAB Private Client Manager to assist with a range of banking and financial services.