Adelaide United Women defender, Laura Johns, along with several of her teammates spent Thursday morning at Foodbank SA’s Edwardstown warehouse giving back to the community.

Fellow Reds, Dylan Holmes, Charlotte Grant, Lara Kirkby, and Emily Hodgson, joined Johns in giving up some of their time to package hampers which will be distributed to vulnerable South Australians.

Across the state alone, more than 126,000 people access food relief every month.

Alarmingly, five million Australians have experienced food insecurity in the previous 12 months, a 22% increase in the number of people seeking food assistance.

Johns explained the idea of doing some volunteer work at Foodbank SA had been on her mind for a while.

“Essentially I had done some volunteering probably with a similar organisation in America when I was playing over there,” she said.

“Obviously knowing Foodbank come out to some of the men’s games, I thought it’d be a good time during the COVID-19 pandemic and my roles and things I’m doing slowed down a bit, so I had a bit more time.

“So I thought maybe it’d be good to ask whether we could do some volunteering, and I asked a few of the girls if they’d be interested and we got a decent amount of girls that were and I asked Adelaide United whether it was possible and then it all happened.”

Foodbank SA is the Club’s charity partner and falls under the arm of Foodbank Australia which is the largest food relief organisation in the country, facilitating charities, schools and individuals. 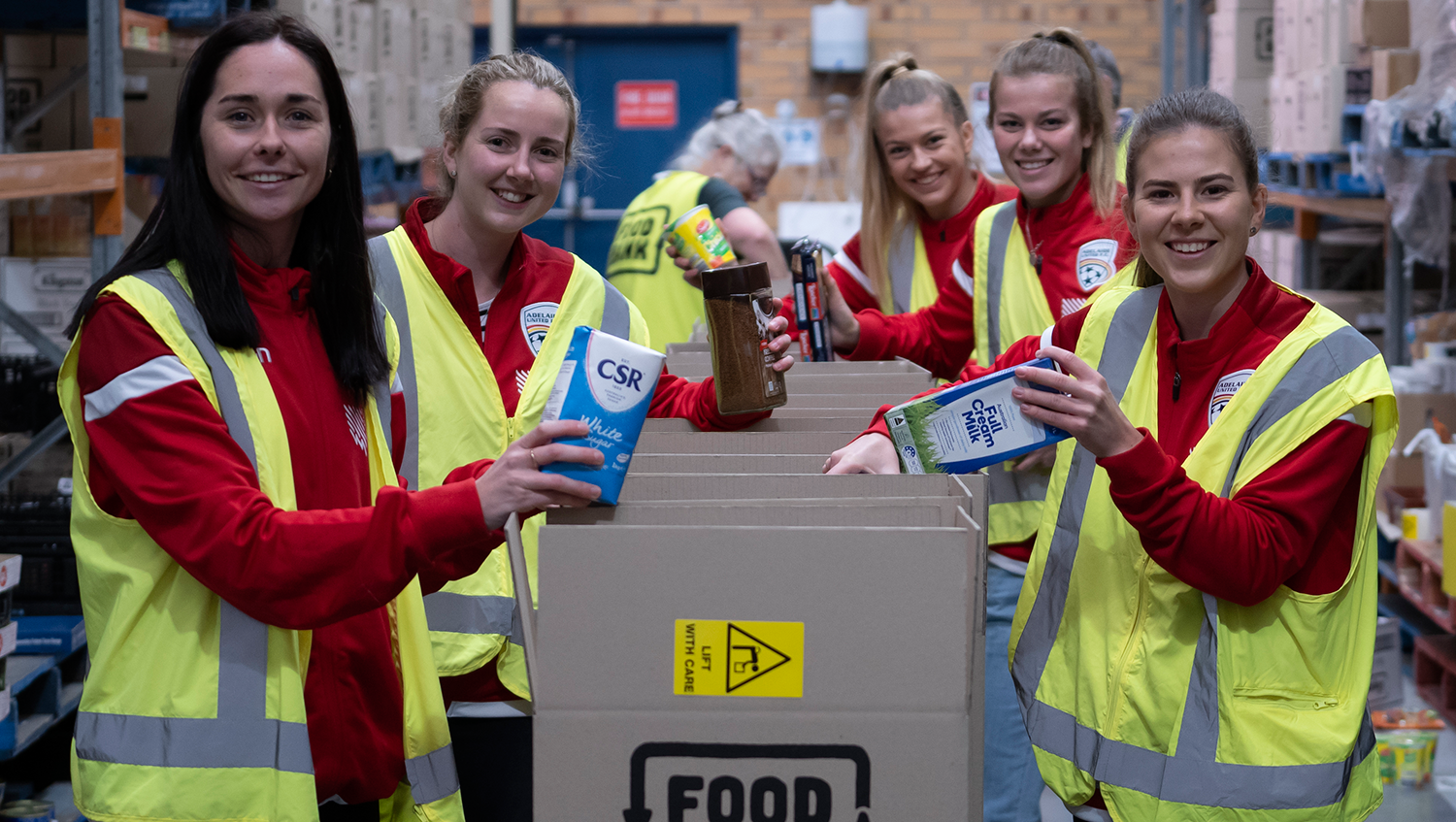 The girls played their small part in helping tackle the hunger crisis with Johns outlining some of the tasks they undertook.

“Today we pretty much prepared hampers for charities such as the Salvation Army and they pass those on which contained a decent amount of food for meals,” she said.

“Also we packed ingredients into bags so then people can then purchase them and follow recipes to then cook for lunch or dinner that they purchase in the Mobile Food Hub which people come and purchase the meals and take them home.”

The 25-year-old, who played in 11 of Adelaide’s 12 Westfield W-League matches last campaign, switched local clubs in the offseason.

Johns left Women’s National Premier League SA side Adelaide University for West Adelaide and believed the move will allow her to concentrate solely on the left-back position.

“I think the move I decided to take was just based on wanting to play more of that left-back role,” revealed the Reds vice-captain, who has accumulated 38 appearances across two stints.

“At Uni I was probably a bit more versatile and playing all of the place; winger, central midfielder, more attacking roles.

“But I guess West Adelaide offered a bit more of a role that then I can follow through to the United season.

“We’ve obviously only played one game last week and we got the win and they play a style I like to play.”