A spectacular Marc Marino brace secured a 2-1 triumph over Melbourne City Youth in Round 6 of the Foxtel National Youth League 2016/17 season at Elite Systems Football Centre on Saturday.

Two stunning goals from Marc Marino ensured a win for the Adelaide United Youth, as Denis Genreau’s equaliser proved inconsequential, and the Young Reds with a total of nine points at the end of Round 6, now equal with their opponents.

It was a fiery affair for the full 90 minutes, with both sides heading off to a flying start, and creating opportunities. But it was Melbourne who had the first sighting on goal, through Braedyn Crowley, but it was ruled offside, to deny an early lead. City were forced to rue their missed chances, as Luke Gallo wasn’t able to test Reds’ gloveman, Daniel Margush, and a diving save thwarted Crowley.

It remained a tight mission for the two sides up until 26 minutes into the battle, which saw Marino comfortably slot a neat ball into the bottom-left corner, following an initial first effort by Ryan Strain, his shot knocked away by City keeper, Yaren Sozer, to then fall at the feet of an anticipating Marino. 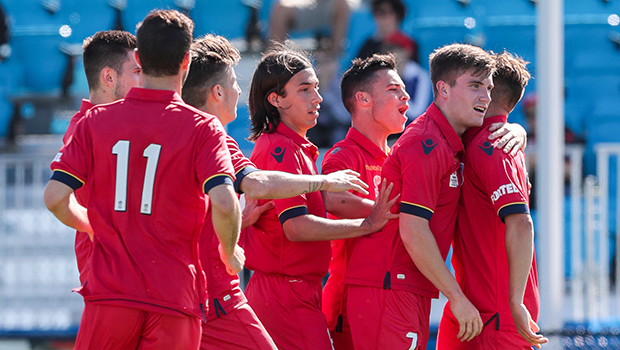 Adelaide controlled the final moments of the first half, over the first-placed Melbourne outfit, with Strain almost doubling the lead before halftime, a superb cross delivered by Carpenter teed-up the number 7, but his shot was sent wide of the right post.

Captain, Josh Mori, fired his free kick towards goal, tapped away by Sozer, in what was an ambitious attempt to cause some breathing space. Despite Adelaide’s control of the tempo, Genreau found space to get one back for the visiting side in the 68th minute.

The Young Reds then picked up their pace, hungry to amend for their Round 1 loss, with Marino working the defence with some skilful footwork, but his first effort flew wide. Marino then expertly hit from outside of the area, his ambitious shot finding the back of the net in the 80th minute, and sealing the win after holding off City from another equaliser.

Following the match, Young Reds Head Coach, Skenderovic, was pleased with his side’s performance, and that they deserved the three points.

“Without a doubt, we deserved the win, as we created a lot of great opportunities where we broke out wide and got in behind dangerous areas,” Skenderovic said. 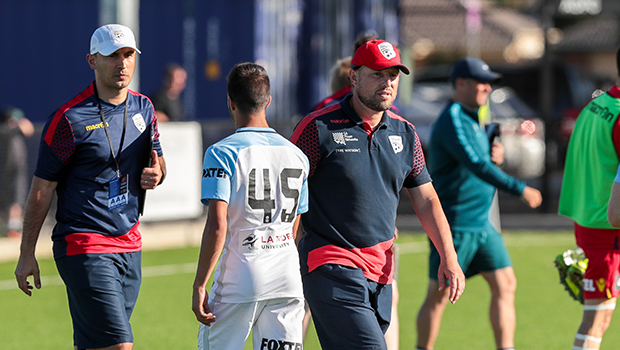 “We thoroughly deserved the win, as we knew we had to be on top of them structurally, and we got our structure fantastically right.

“We prevented them from actually playing their football and creating too many chances, it was a good win.

“Some youth players find it hard to concentrate for 90 minutes, hence their goal back, unfortunately you get hit on those lapses, but the key is to keep creating opportunities to score goals, but it was a vast, huge improvement from Round 1.”