Veart was installed as interim Head Coach over a week ago and has since begun imparting his knowledge and ideas on the team.

Mauk said that training has been enjoyable under his tutelage and that the former star striker has also been open to receiving feedback from members in the team.

The midfielder returned to his hometown Club back in January, four years after his first stint with the Reds.

He said the squad is thrilled to be back on the park following a three-month hiatus due to the COVID-19 crisis.

“I think it’s just a lot of excitement from the players,” Mauk told reporters at Coopers Stadium.

“Everyone still has got that buzz about them. (It) was really disappointing obviously with everything that happened in the last ten to twelve weeks.

“But nobody can control that and all the players are just focused on now what we can do.

“And that’s training as hard as what we can, enjoying every session and focusing on the first game of the season.” 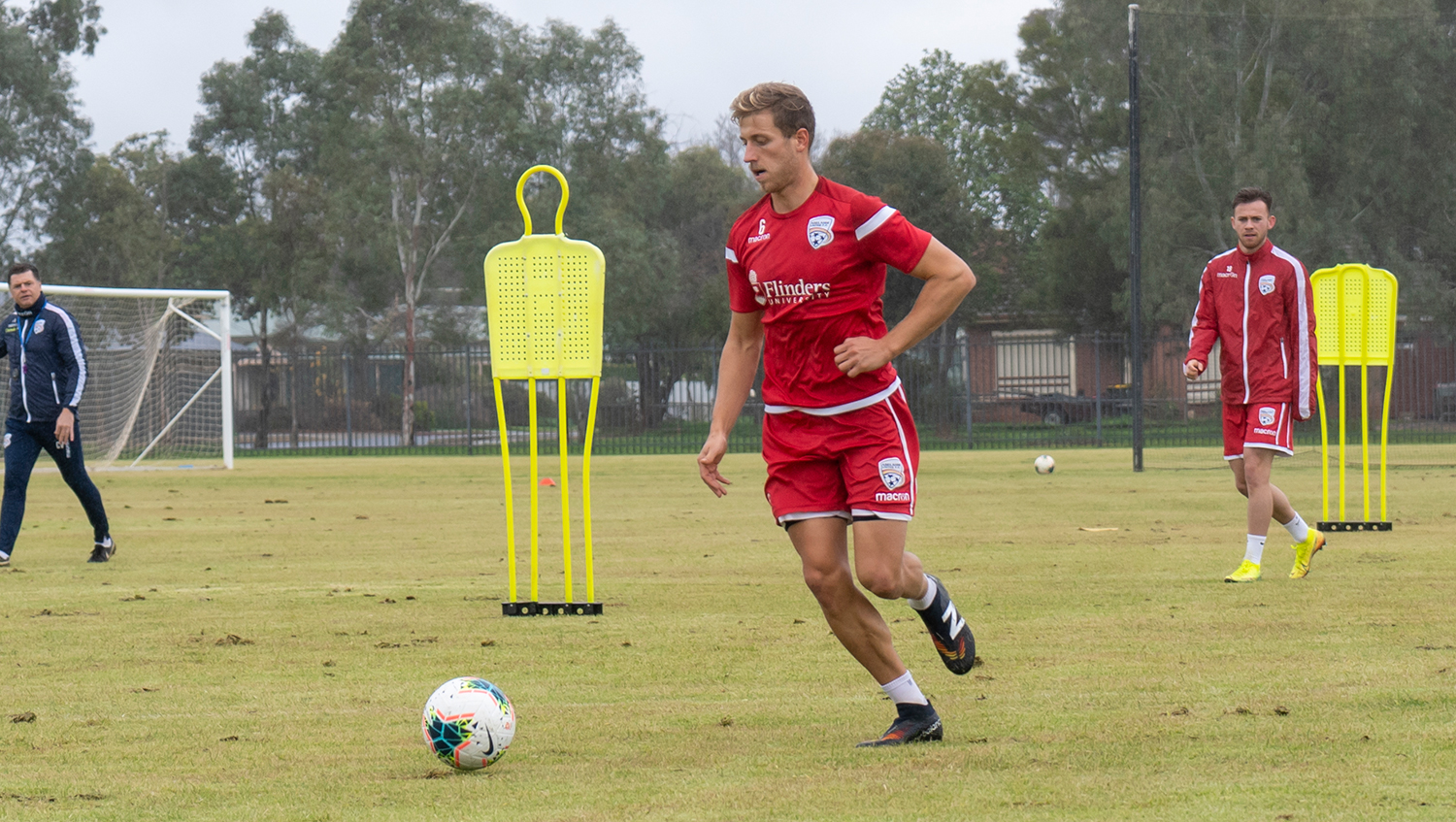 In the short time Veart has been in charge, Mauk stated everyone has already “bought into” his philosophy and how he sees the game.

“I guess before he was probably more so doing everything Gertjan (Verbeek) wanted to do,” he said.

“Where now he’s got his own ideas, training sessions are a little bit different and everything so far that he’s put in I think the players have bought into.

“Which is the main objective I guess for what he wanted for the first week and now we’ll start to build on that.”

Mauk was also quizzed about the new A-League timeslot in place for next season as part of the fresh broadcast deal.

The 24-year-old midfielder welcomed the fixture changes, believing the implications will be positive.

“… We play in summer and it’s really hard to run when it’s 35 degrees, so the quality of football should be a lot higher. I think that’s the main thing.

“Every foreigner that comes here talks about how much of a struggle it is to play in summer, and us Australians, although we get used to it, doesn’t mean the quality can be as high as the winter game.

“Playing juniors in the morning, seniors in the afternoon, and hopefully then the clubs get a real good connection with the local ones here in Adelaide.

“For me it makes sense. I don’t know why it hasn’t been like that before and don’t worry about competing against other codes and just worry about ourselves.”