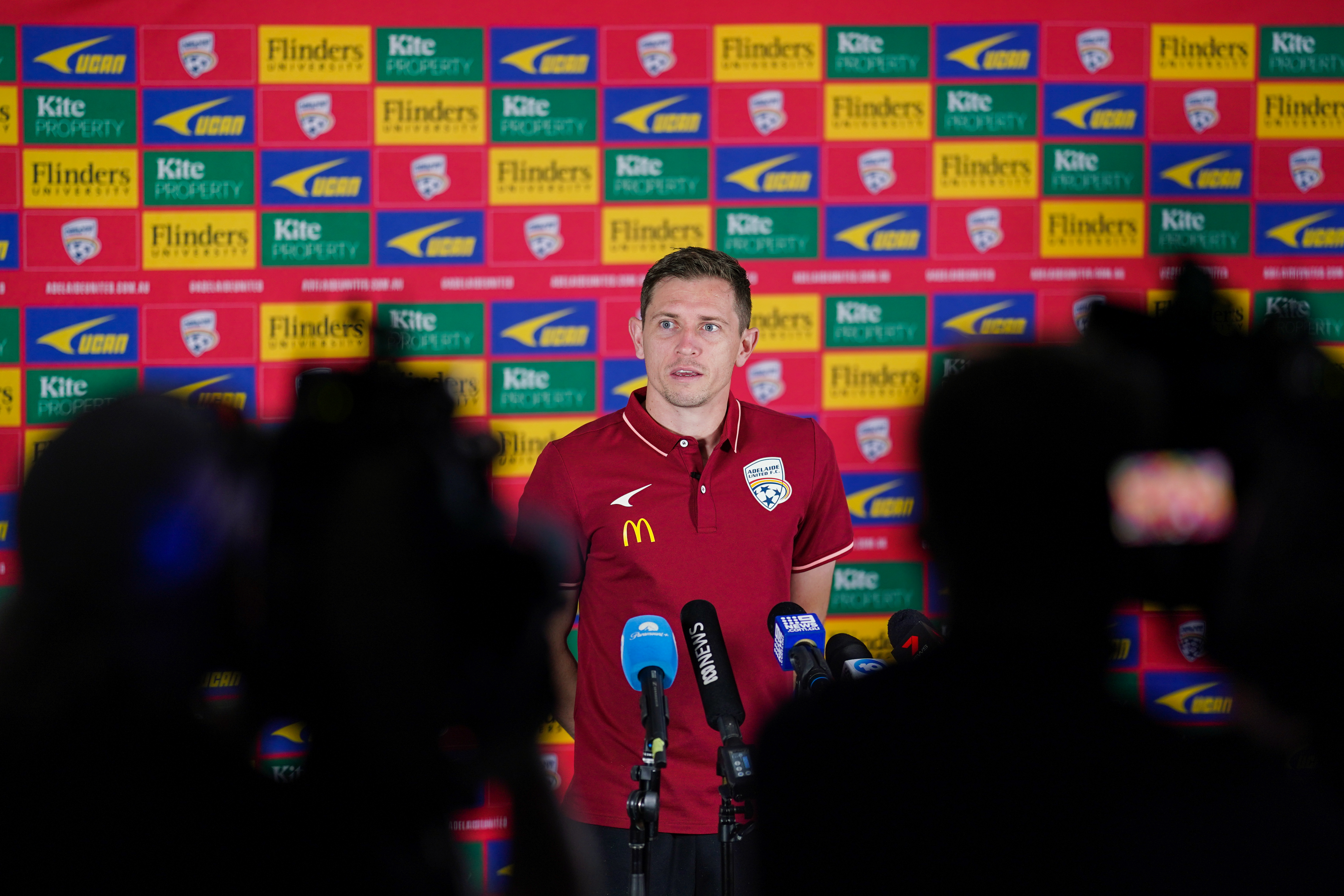 Craig Goodwin spoke to media on Friday ahead of the Reds’ Elimination Final against Central Coast Mariners.

Form going into the Finals.

“Every season we strive to make the Finals, so it’s nice to improve on last year.

“In terms of getting a home final it’s great because last year we had to play away so to be in front of our home fans, that’s an improvement.

“But we must make that support and the home advantage count.

“I have every belief in the squad that we have and it’s great that everyone’s coming back into the frame aside from a couple of players.

“I am really excited for the chance that we have, and we do have good form coming into the Finals Series, but we know that Central Coast are in a good way as well so it’s going to be a tough game.”

“It’s about embracing the nerves and the fear that comes with these games.

“The Finals are the games that you look forward to in your career and it’s the ones that you can make a memorable night.

“But we have to focus purely on what our role is and what we need to do and hope that the rest comes with it.

“We need to embrace the nerves because, for me, nerves are a good thing.

“If you’re nervous it means you care so you just need to be able to channel that energy and use it in the right way.”

“It would be a massive highlight in my career, but first and foremost, we must focus on this game against Central Coast.

“For the last five games, I’ve been saying to the boys in the change room that ‘this’ match is the Final, and we must play it and approach it like a final because everything’s on the line and our attitude has been good.

“We’ve had some good form and it is now at that point that it is literally the final game, and we have to go out there and give everything we’ve got.”

“I think our squad is a little bit older than Central Coast’s team and maybe that can play into our advantage.

“We have players that have been here last year, throughout the Final Series, and have been in the Finals Series and multiple other campaigns for that.

“So, it is about trying to mentor them (the team) and help them.”

“Choosing the starting squad for Carl (Veart) is a good headache for him to have.

“The starting squad is up to him and the staff as to who they want to play and, the good thing is, that we do have everyone available, and everyone has been good in training.

“Everyone who is picked, has to give everything they’ve got and know that, especially in these games, when you’re on the bench, it’s often a bench player that can come in and change the game to make a difference.

“It’s about us as a group managing the expectation and reality of not being a part of the starting squad, but that is a part of football and sometimes people are going to miss out.

“But at the end of the day, we have to know that it’s the whole group that’s contributed to getting us to this point.”