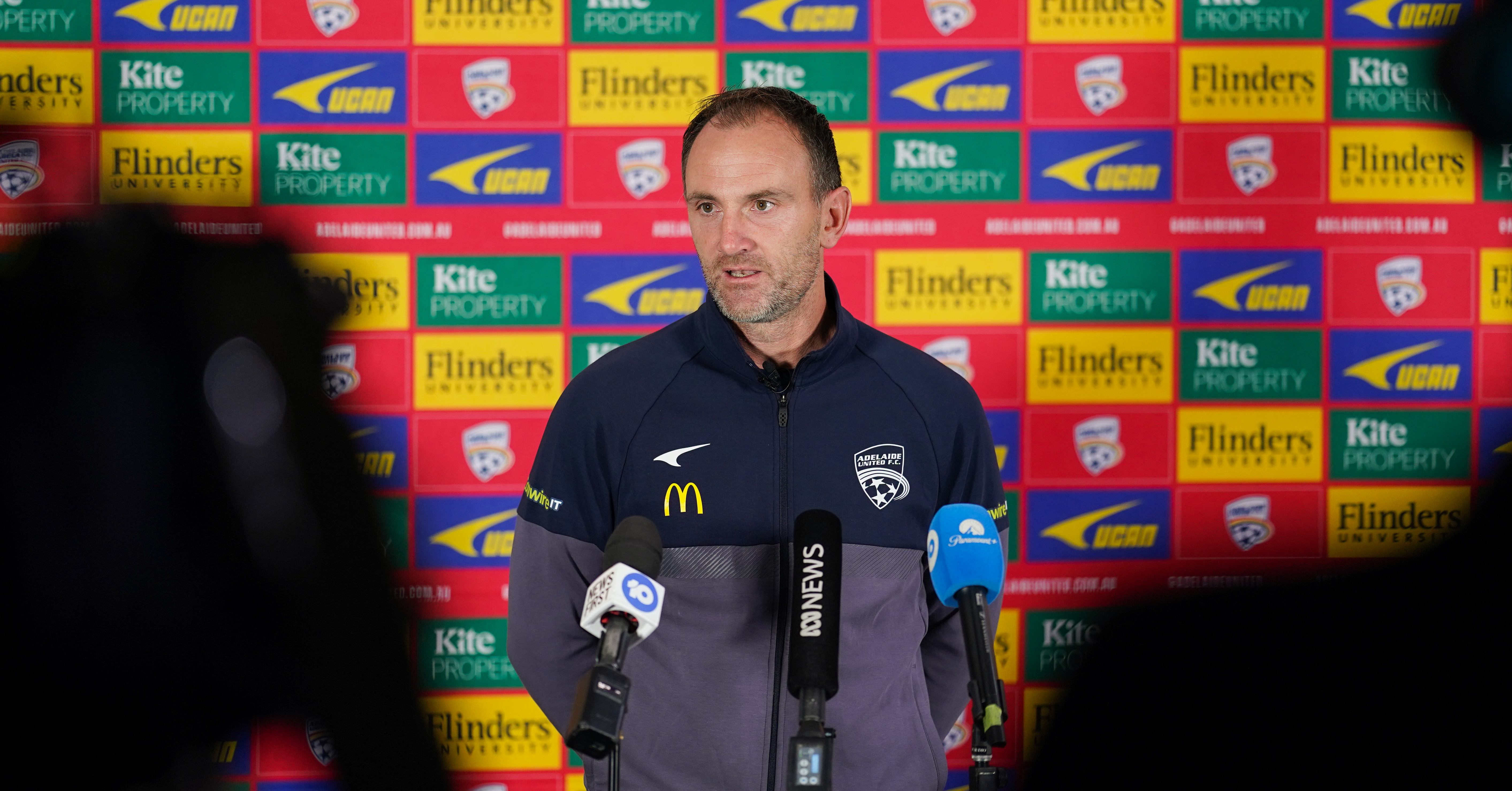 Eugene Galekovic spoke to media today at Coopers Stadium about the team’s performance and aspirations this Finals Series.

How the team is feeling ahead of elimination.

“It’s been a big week and it was important to get fourth spot to have a home final, not just for the team but for the fans to come along and support us.

“Anything can happen in football, but we are really looking forward to the weekend.

“I think it (the drive) comes within because once you start winning games, the team starts believing and they trust each other to back themselves.

“So, we’re not overconfident, it’s just that belief knowing that there is a chance of winning something this year.

“Within the last five games we’ve been getting the job done.

“It’s hard work but the boys are putting their foot in to get those results.

“Nothing is going to come easy now, finals are big games, one off games, and we need to put the hard work in and keep doing what the coaches are telling the boys.”

The difference between playing a regular season game to playing an elimination game.

“Final games are different, it’s like playing a derby type thing so it means a lot.

“We want to keep continuing in the final, so we need to win, and we need to have the hunger to win.

“So, we’ll see that this week and it’s going to be a good game.”

“Having a home final is a big advantage as it is very hard to go away from home and get results.

“Having the crowd there supporting you and just being familiar with your surroundings is a massive advantage.

“I think we need to start strong, put the opposition on the backfoot and stamp our pressure on the game early on.

“Central Coast are a good team and if you look at the last five games, they’ve won as well.

“They’re in good form, but they are a young side, and a lot of their boys probably haven’t played too many finals games.

“We have some experienced boys that have played in big games and that’s also another massive advantage.”

“Gauci has been fantastic and since James (Delianov) has been injured he’s gone up another level.

“So, he’s been rewarded with that, with good performances and being involved in the national team a little bit too.

“James is kind of just coming back from injury, so he’s had a full week of training, which is good.”