Member Q and A – Prem Wellington

When did you start supporting AUFC?
I started supporting the Reds in 2013 and became interested in football after my son started playing. Now my family and I can’t live without our football and I’m the only one who doesn’t play! We’re definitely a football family.

How long have you been a member of AUFC?
This will be my second year. My first membership was a 7-game pass and then we purchased tickets to the rest of the games in the season. But this year I’ve purchased a full membership.

What has made you continue your membership?
It was pretty simple, I continued my membership because of my love of the game and how family orientated the club is. 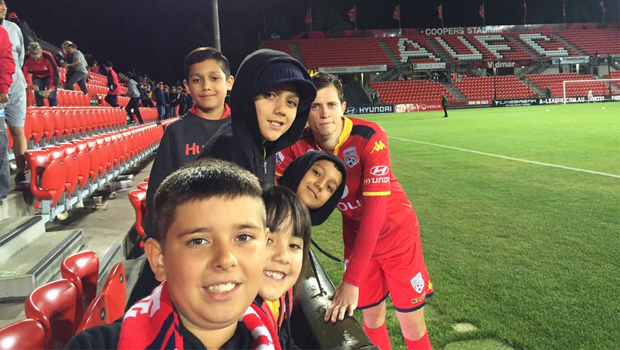 Where do you enjoy our matches from at Coopers Stadium?
I attend the matches with my husband and our four kids, as well as my best friend Juanita and her son. We all support the Reds and we make sure we get to the games early and before the gates open so we can race to the middle of the pitch and to the front row. We sit there every game we go to and think they’re the best seats because of how close to the action we are.

Who is your favourite player form our current squad?
This is such a tough question to answer, but I must say Osama Malik. I think he does a great job in defence and the way he headers the ball leaves us in awe at just how much power he gets.

Who is your all-time favourite Reds player?
As I’m only new to the club I would have to say Fabio Ferreira because of how quick and skilful he is. He also scored some great goals for us.

Which non-AUFC, but A-League, player do you secretly admire?
I’d have to say Archie Thompson. I admire him because he looks like a down-to-earth guy that loves his family and his football in equal measure. When we play against him he is always full of smiles and is a great sportsman. I love his goal celebrations too.`

If you could choose any footballer, past or present, to play for AUFC, whom would you choose and why?
If we could have anyone I’d love us to have Gareth Bale! He’s a fantastic forward and is incredibly quick. He’s also pretty good looking!

If you could say anything to a Reds fan who is thinking of becoming a member, but hasn’t yet, what would you say?
I would say definitely join. This is a great club that does a lot for their members. The players are always friendly towards their supporters and the matches are very family friendly too. Come and support your Adelaide United because football is a great sport and is only going to get bigger and better.

If you’re an Adelaide United member and would like to feature on adelaideunited.com.au, please email the club at info@aufc.com.au