Adelaide United Youth has gone down 3-2 in an end-to-end clash with Adelaide Comets at SA Athletics Stadium on Friday night.

The Young Reds twice equalised through Jonny Yull and Binyam Kebede to ensure it remained all square at half-time before Comets went back in front 10 minutes into the second stanza.

The result is United Youth’s second defeat on the bounce.

Comets took the lead in the eighth minute when Jaiden Diamantis was waiting in the box to tap home from close-range.

The Young Reds were on the back foot for the first 25 minutes, having to absorb a fair amount of pressure as they took some time to adapt to the small pitch.

“They play on that pitch all the time. We knew the game was going to be condensed, but we put a plan in to have a bit more control.

“Obviously we couldn’t penetrate as much as we wanted to from the start of the game.

“But in saying that we still kept the ball well and because of the pitch being so slippery and small… That decision making when we moved the ball into certain areas, the final pass and the choice of pass was letting us down.

“I think we managed to adjust as the game progressed.” 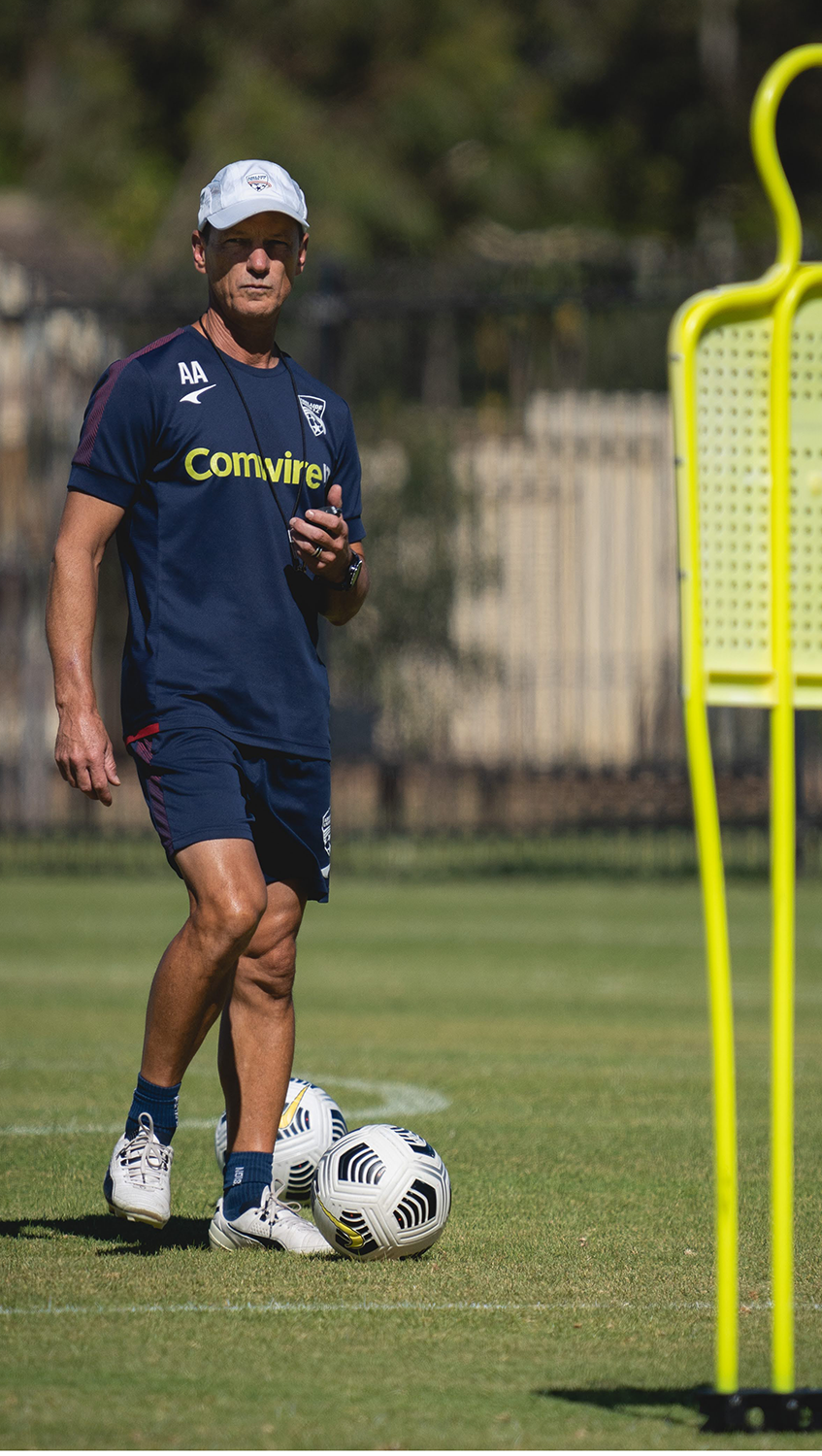 Indeed, United Youth did grow into the match and restored parity on 32 minutes. Jonny Yull played a wall pass with Binyam Kebede and his deft touch released the midfielder who continued his run and fired a shot in off the near-post.

Mohamed Toure, captaining the side on the night, then struck the crossbar with a curling long-range strike.

Adam Le Cornu made it 2-1 for the hosts from close range after United Youth failed to defend a set-piece routine.

But the visitors would draw level again four minutes before the break. The fleet-footed Yaya Dukuly beat his marker with a lovely stepover manoeuvre before drilling a low cross on a platter for Kebede to finish off.

In the second-half, the Young Reds conceded another goal from a recycled ball into the area and it eventually fell to Allan Welsh for the simplest of goals.

The match remained an entertaining affair and Adam Leombruno went close to restoring parity for a third time after his shot took a wicked deflection and crashed off the crossbar.

Andrioli said despite the result, he was rather pleased with the team’s display in the wet conditions, but acknowledged they must limit their mistakes and take their chances to turn a solid performance into three points.

“It was quite an exciting game to watch,” he said.

“I think we did well in many areas of the game, we managed to control possession for the majority of the game.

“We created lots of chances and maybe on a different day we could’ve had a few more goals.

“In saying that, we also made a few mistakes which we got punished by the opposition. They have good players and experience in their squad.

“Overall the team did really well in those conditions and just need to be a little more clinical to finish those chances.”