Adelaide United Youth has suffered a 4-2 defeat to Adelaide City at Jack Smith Park on Saturday night as the competition resumed following a three-week hiatus following the coronavirus outbreak.

The Young Reds were on the back foot for the majority of the first-half and fell behind past the hour mark through Asad Kasumovic.

The hosts responded before the break when Mohamed Toure’s finish was saved onto the post, but Binyam Kebede was quickest to react to toe-poke in the rebound.

It was the striker’s third straight game with a goal and fourth in his previous five matches.

A chaotic three-minute period in the second stanza produced three goals, starting with Kur Kur who made it 2-1 to the visitors with a clinical finish on 62 minutes.

Two minutes later, United would find an equaliser in similar fashion to its first goal. This time however roles were reversed. Kebede struck the post with a low shot and Toure was on hand to steer in the follow-up attempt into the top corner.

But parity was only fleeting with City scoring virtually from kick-off courtesy of a stunning, curling strike from Kasumovic.

And the Black and Whites secured all three points when Lachlan Barr scored a glancing header to make it 4-2 from a short corner in the 80th minute.

The result – Adelaide’s first loss in four games – sees them drop to fifth spot on the ladder and now have quick turnaround as they host Campbelltown City on Tuesday night. 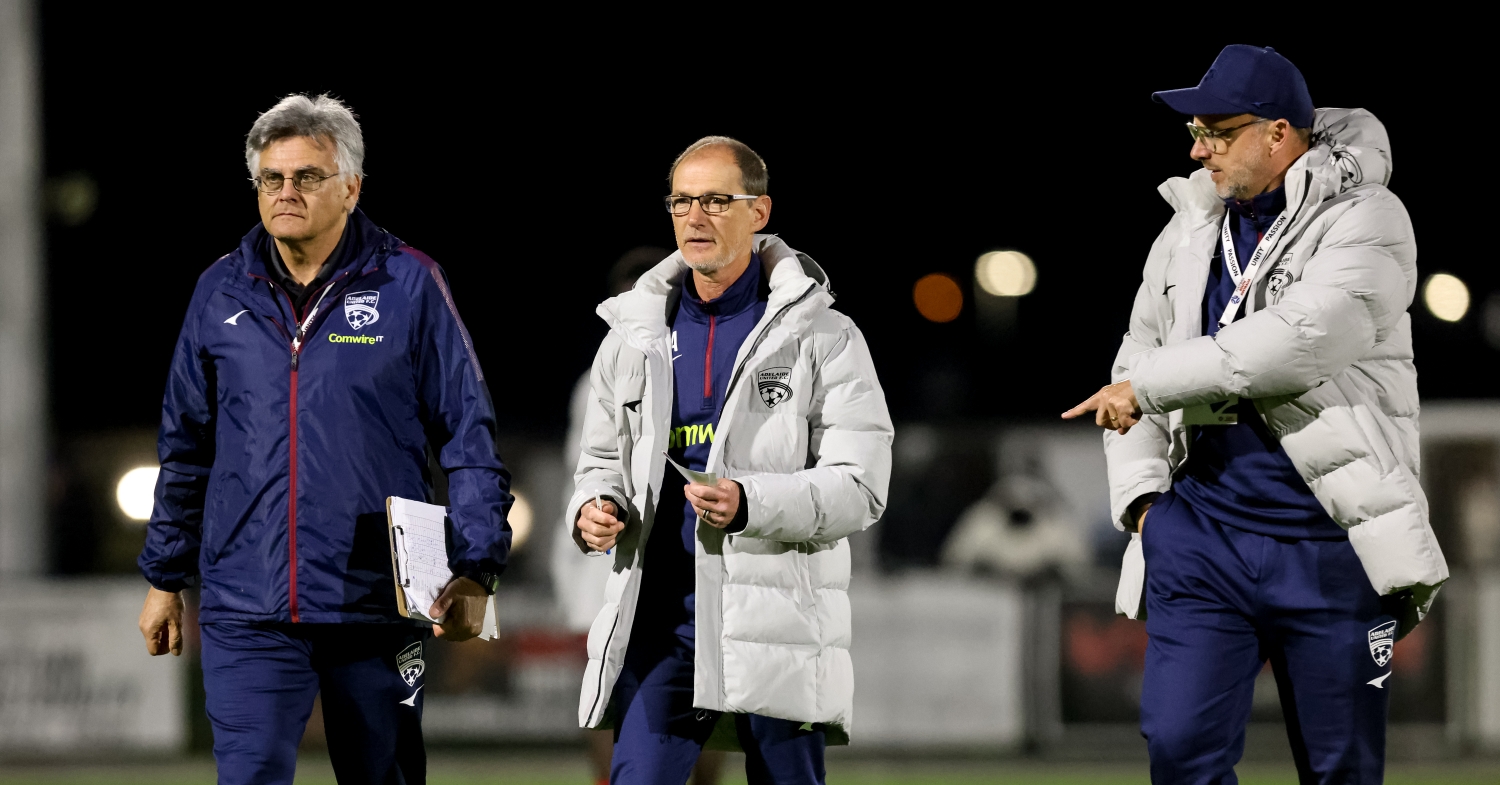 Head of Youth Football Airton Andrioli admitted the better side won on the night.

“Adelaide City as we know have a good group of players together,” he said.

“They’re well coached and that for us is great because we want to play against teams that are well-organised and challenge our boys.

“And I’m saying the same thing again but for us it’s the long-term and the more those young players can be exposed to playing against experienced players with good structure and it becomes a big challenge for them and that helps them to get better.”

Andrioli said it was frustrating to concede immediately after equalising in the second-half, attributing it to a lack of experience and concentration, but acknowledged his side will only improve.

“We made a little mistake on that third goal, that was actually a good pattern of the game we were doing quite well I thought,” he said.

“The team was in the game, we scored the equaliser and then obviously they scored straight away from kick-off… And from that point on it was a bit difficult and they scored from the set-piece from a corner.

“So that was a moment where a little bit more experience maybe would help, but that’s what we don’t have and it’s all about learning from those moments and developing.”

As mentioned the Young Reds return to action on Tuesday night against Campbelltown.

Andrioli anticipated it will be a busy period to make up for the games postponed due to last month’s lockdown.

“It’s going to be a tough period for us,” he said.

“We don’t have a big squad because the players are young and some even younger that are not ready to play at this level.

“So it’s all about recovering the boys from the weekend, have a light session tonight.

“That’s what we want to expose these kids to, to this type of football learning to play under pressure and having to deal with midweek games I think it’s going to be an interesting month.

“But if we keep our focus always on the main objective which is the long-term development of players then it will be a very good few interesting weeks coming up to see how the boys deal with that.”