Adelaide United is excited to announce it has agreed to a new two-year deal with Chinese multi-national property development company, Datong, which will see the organisation become the Club’s new back of shirt partner.

Since July 2014, Datong has been a valued major partner of Adelaide United and has been the Club’s sleeve partner.

However, after two very successful years, both parties have agreed to upgrade Datong’s involvement with the Reds to become a Platinum Partner with the Club and to appear on the back of United’s playing shirt.

Adelaide United Chief Executive Officer, Grant Mayer, said the Club is delighted to have Datong renew and strengthen their commitment and support of the Reds after what has already been a positive and successful partnership. 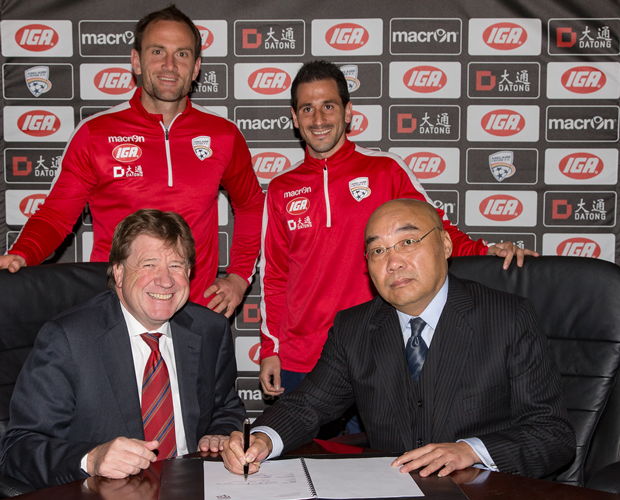 “We are delighted to have come to this new agreement with Datong,” Mayer said.

“Datong has been associated with Adelaide United for two years now and to have them commit to our Club for a further two years is fantastic.

“Datong is recognised as a leading property developer and our association with them has undoubtedly helped to build the Club’s profile in Asia, which is brilliant considering our return to the AFC Champions League in the coming season.”

Datong is contributing to the transformation of Adelaide’s CBD skyline with construction of the luxury 27-storey apartment complex, U2 on Waymouth, due to commence shortly.